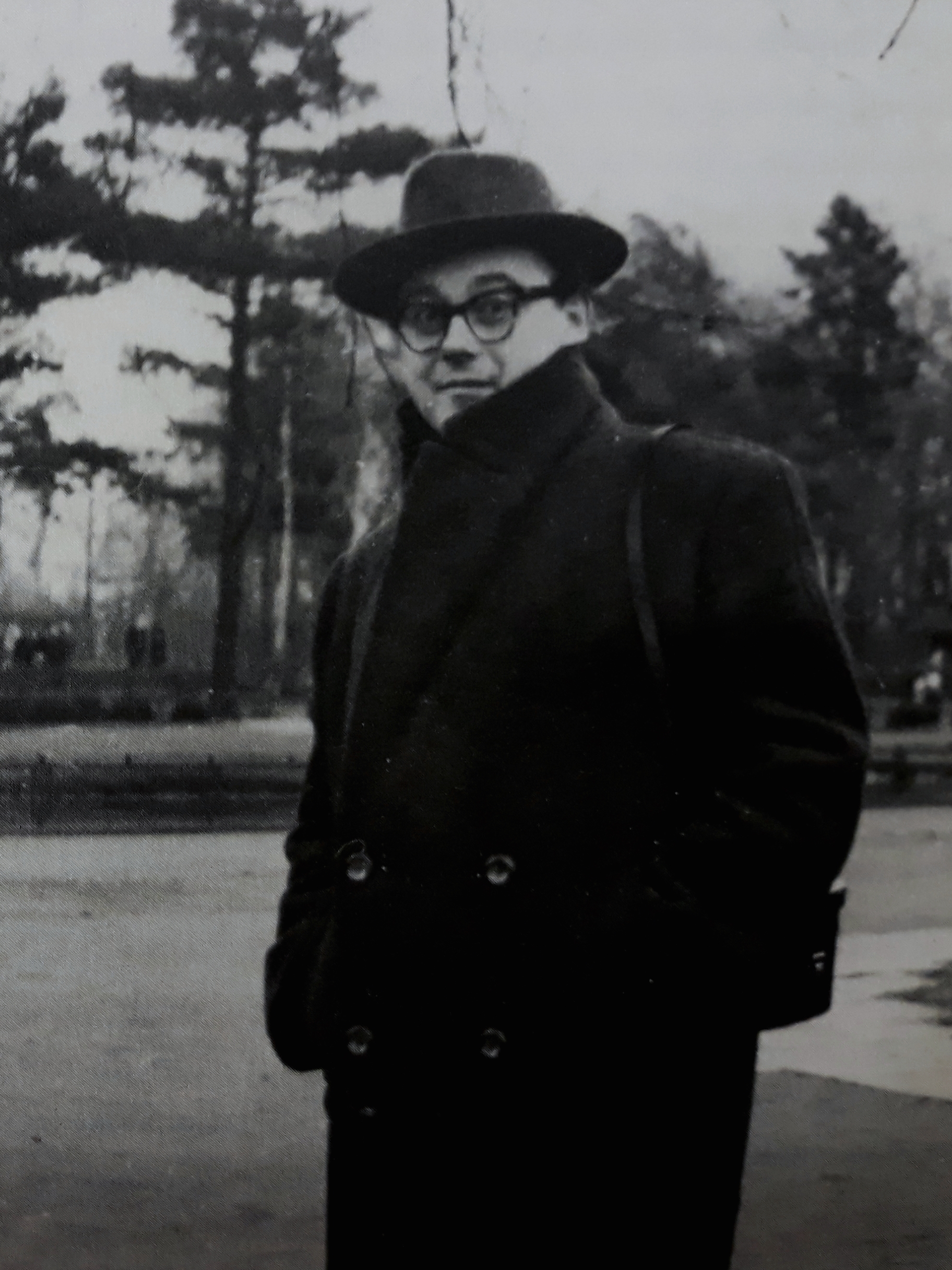 Roger Loewig was an autodidact painter, illustrator, and writer based in Berlin, East and West. Born in Silesia, he spent his youth in occupied Poland until 1945, when he fled to Eastern Germany (first in the Soviet-occupied territory, later GDR). Here he took on vocational training as a teacher for Russian, a profession which he exercised starting 1953. In addition to his teaching position in Russian, German and history, until the beginning of the 1960s, he actively engaged in his creative activities in East Berlin, where he was based. The application to officially join the Union of Artists in 1962, which would grant him the status as a freelance artist in the GDR, was initially denied.

Following the first private exhibition organised in 1963, inspired by the recent political events such as the construction of the Berlin Wall, the artist came under Stasi surveillance. This eventually led to his imprisonment potentially for ten years being accused of 'treacherous propaganda’. The accusation brought against him was motivated by the themes addressed by his artworks, namely to have taken a stand against the Berlin Wall and state organised violence. Loewig was ransomed with the support of the Protestant Church from West Germany after one year, yet remained in the GDR first.

After his release in 1964, the artist fully emerged in his creative activities, however, left Berlin East often for the countryside. He was also prohibited to exercise his teaching activities. It was only in 1965 that Loewig was officially granted the artist status by joining the Union of Artists. Despite that, his first exhibition after the release was organised at the 'Ateliergemeinschaft Erfurt’. This was an exhibition space since 1963 which actively facilitated the collaboration between painters and graphic artists who denied socialist realism as an artistic form of expression. The exhibitions of the atelier have been extensively organised underground in private apartments, banned from the public eye.

Starting the mid-1960s his activity was strongly supported by the close group of friends established in Bonn (1966), who throughout the regime facilitated contacts, private purchases of his artworks and exhibitions in Western Germany and internationally.

Beginning of the 1970s, Loewig's 'exile’ to Berlin West was eventually granted. Based in Berlin West starting 1972, he carried on with his artistic activity, joining the 'Malerpoeten' [Painter Poets] group of artists. The artist, also a poet, published his first prose and literature volumes in Western Germany during the 1980s. Furthermore, the artist explored international opportunities to exhibit the artworks in Europe, both East and West, and in the United States.

Following the fall of the Berlin wall and the German reunification in 1990, Loewig remained skeptical towards political developments. Consequently, he took on numerous travels in Central and Eastern European countries. In 1992 the artist exhibited his lithographs under the name 'Epitafia’ in the State Museum in Auschwitz-Birkenau, being the first German artist to exhibit his artworks in the former concentration camp.

The artist was awarded in October 1997 for his lifetime achievements the Order of Merit of the Federal Republic of Germany, first category. Roger Loewig died shortly afterward on November fourth in Berlin.