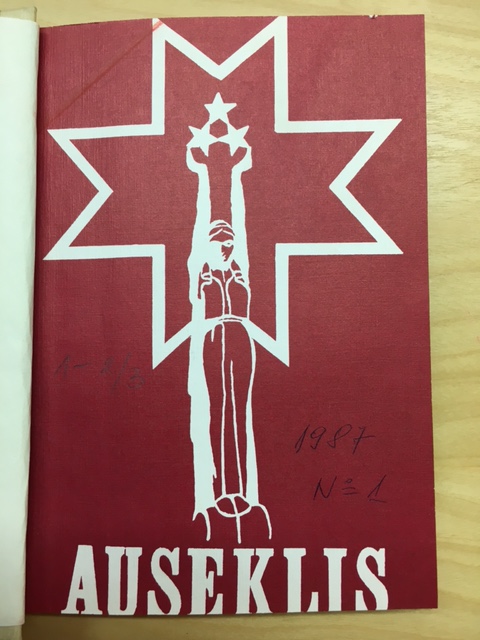 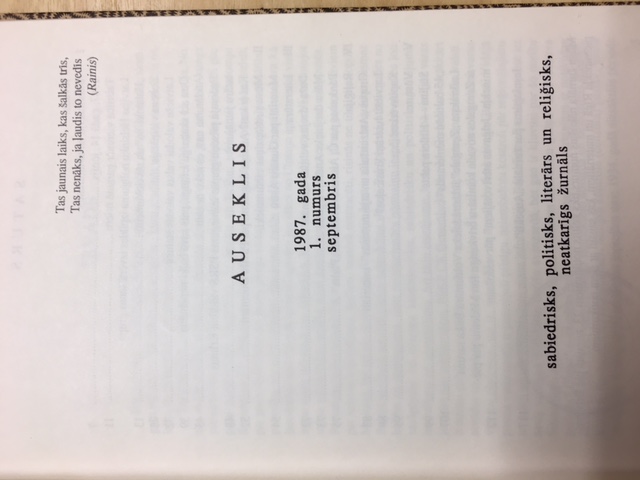 The periodical Auseklis (Morning Star) was a samizdat magazine published in 1987-1988 by the human rights group Helsinki-86, and was the first independent periodical in Soviet Latvia. It was distributed by volunteers outside official distribution networks.