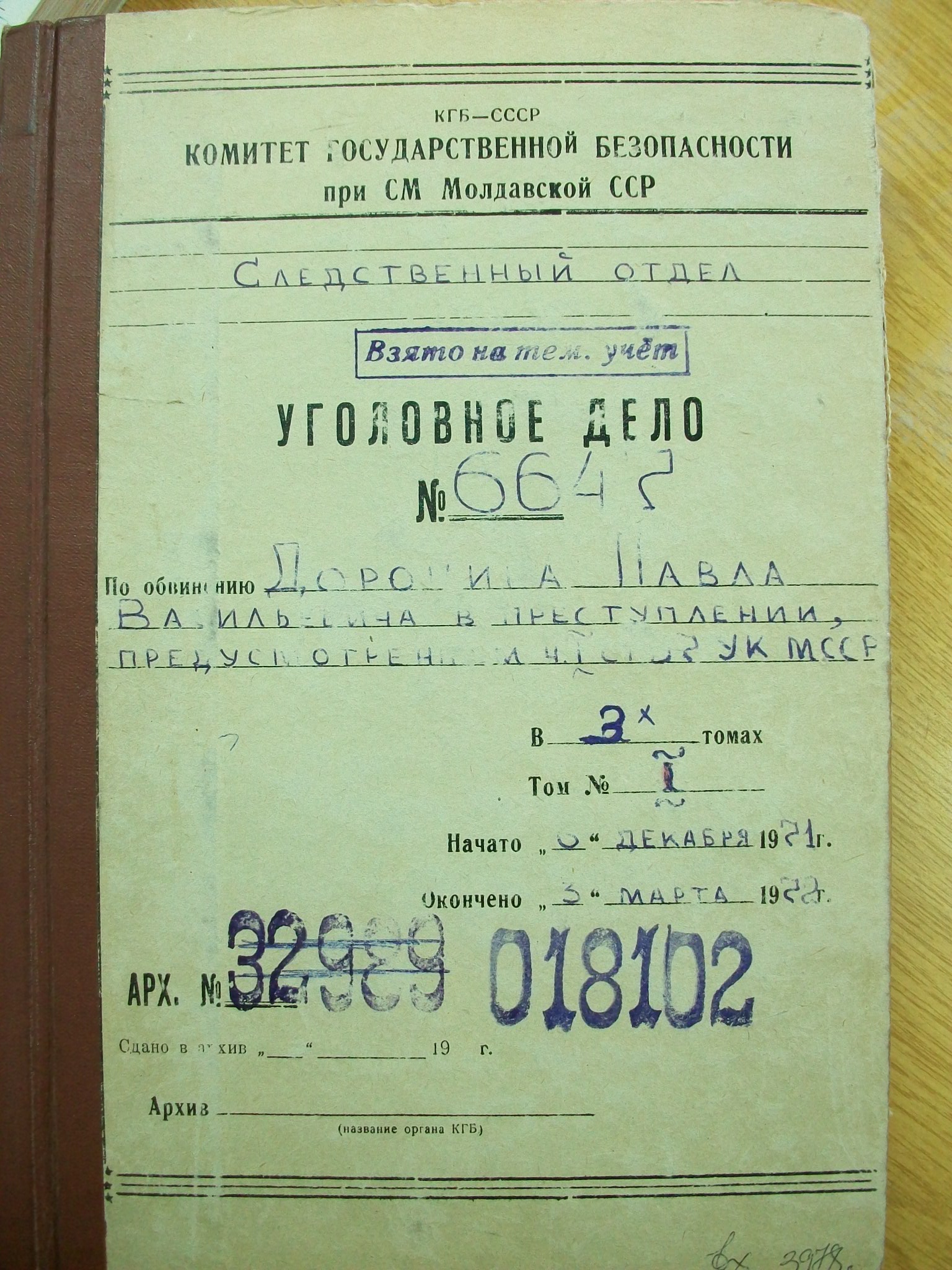 This ad-hoc collection mainly consists of documents separated from the fond of judicial files concerning persons subject to political repression during the communist regime, which is currently stored in the Archive of the Intelligence and Security Service of the Republic of Moldova (formerly the KGB Archive). It focuses on the case of Pavel Doronin, an ethnic Russian and a retired worker who was accused of „anti-Soviet agitation and propaganda” and convicted in March 1972 to one and a half years in prison, according to article 67, part 1, of the Criminal Code of the Moldavian SSR. Between 1967 and 1971, Doronin produced a series of leaflets criticising the Communist Party of the Soviet Union, which he disseminated in Chișinău and sent by post to several Soviet state institutions and factories. He also posted anti-Soviet messages on banknotes (in vanishing ink) and wrote a number of “anti-Soviet” letters and short texts which he sent to various Soviet newspapers. Some of these pieces contained open appeals to overthrowing Soviet power. Doronin’s case is revealing for the forms that individual protest against the regime – mostly based on social and political grievances – took in the late 1960s and early 1970s.