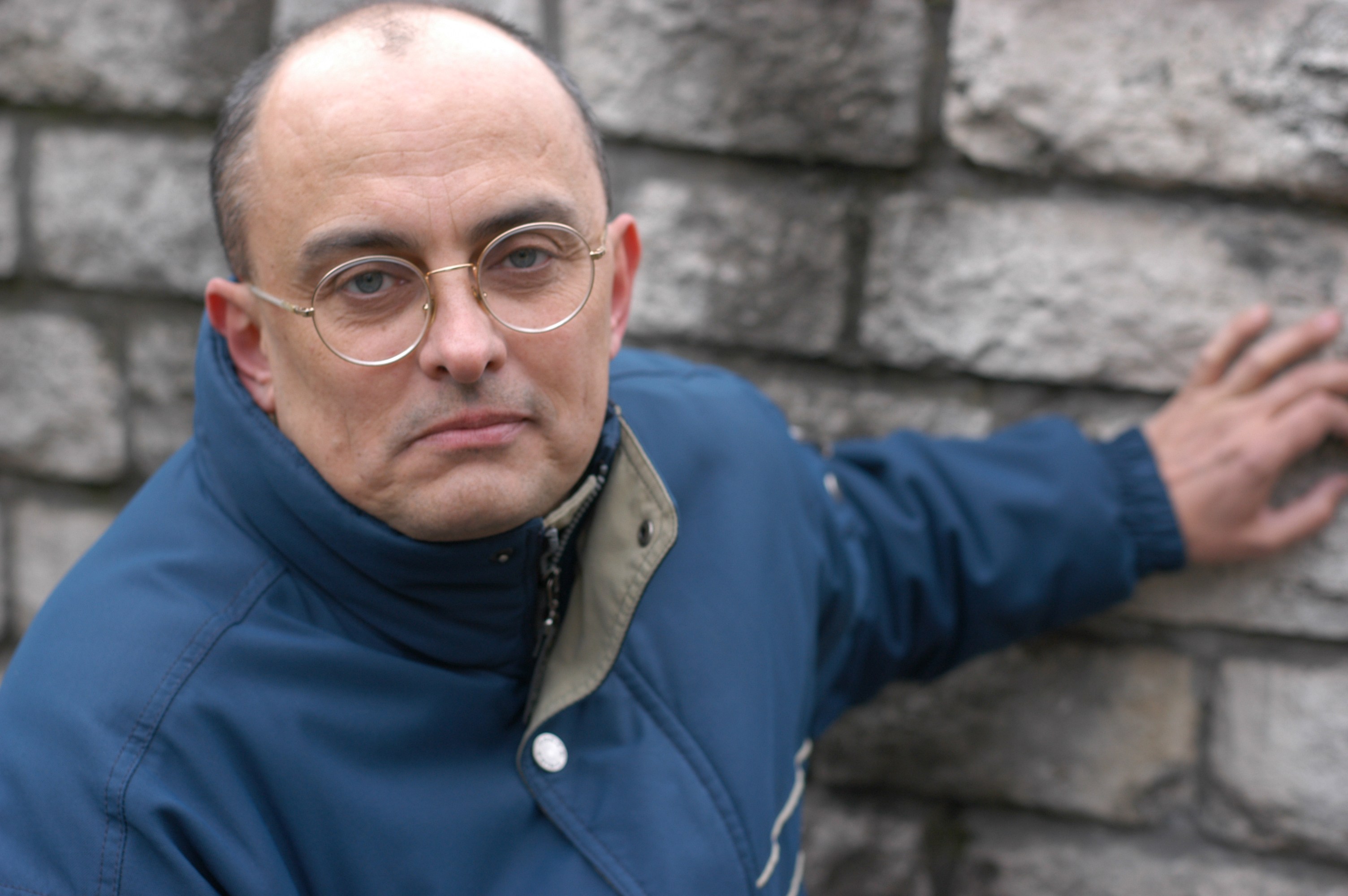 Ádám Modor, the owner of a publishing company and a printing press and the leader of Katalizátor Iroda (Catalyst Office), was a journalist and historian. He was born on 9 November 1958 in Debrecen to a family of professionals. His father was a General Practitioner and was, in Ádám Modor’s words, “a cultural manager with a great professional calling in the best sense of the term. His main source of inspiration was the oeuvre of Dezső Szabó [a populist writer of the 1930s].” Ádám Modor attended secondary school and ELTE University in Budapest. At the latter, he studied history and cultural management (andragogy). He completed his MA-equivalent degree in 1984 after defending his thesis about movies, which examined the 1950s and the age of Stalinism. As early as his years in grammar school (he attended the Radnóti Grammar School), he showed an interest in works printed as samizdat. At this time, he met people who later became his colleagues. As a university student, he met members of the democratic opposition, and he then became an active participant in the activities which were part of the cultural resistance. In his memoires and his family stories (narrated in the interview), he identified his relationship with István Orosz, one of his teachers at the Radnóti Grammar School in 1976, as the starting point of his intellectual dissidence. (Orosz showed movies directed by Tarkovsky to his students during his Russian language classes.) This sparked Modor’s later interest in movies, and his connection to Orosz did not end even in the period of underground and samizdat publishing. He regularly read books published as samizdat while he was a university student: “it was at some point in 1979 when, for the first time, I was given a prohibited book, handed to me by László Földes, one of my university teachers, who held lectures on political economics at ELTE. It was the first issues of Magyar Füzetek. When works published as samizdat started to spread at the Faculty of Arts, I increasingly got my hands on typed books. As far as I can remember, this was how I read Darabbér by Haraszti.” After graduating, he worked for the Film Institute until 1985, and he then worked at the Rákosrendező railway station between 1986 and 1989. His notes about this period contain the following recollection: “I got a job at the Hungarian State Railway (MÁV) on 24 January 1986 as a lamp-operator in Rákosrendező. [...] At the HR office of MÁV, a somewhat corpulent women in her 40s was surprised when she learned that I had a university degree and asked me why I decided to work there. I gave her some explanation. Suddenly, her face lit up, and she asked me to give her reports from time to time on the mood among the staff: what were they talking about, and what sorts of problems did they have.

At Rákosrendező, he worked as a lamp-operator in the so-called “Aladdin-brigade” with some of his samizdat colleagues, “including an accountant with a secondary school degree, a future teacher of Hungarian literature in his last year at the university, a would-be English teacher, and, of course, me, and at the time I was doing the final stages in the programs in the departments of history and cultural management and had spent one year in the Film Institute. There was also a mason with a secondary school degree who was in fact the originator. This man, named Zoli Illés, along with his wife, Vera Fogarasi, was to be a key figure in the activities of the Katalizátor Iroda.”  Thus, the Aladdin-brigade was a stage for personal relationships which evolved into the publication of samizdat. In addition to Zoltán Illés, Modor made friends with Vlagyimir Németh (Vova) here.

In 1983, Ádám Modor was first involved in samizdat publishing after a 1982 incident (the requisition of the “Rajk-boutique” and an intensive campaign of suppression against the places of distribution of samizdat printings). He took over the printing of Beszélő (with the support of István Orosz), and he started to work for the Áramlat Publishing House as a sub-editor (as Lajos Jakab suggested he do this). Gábor Demszky asked him to participate in the distribution of samizdat in his (Modor’s) flat (from 1983 onwards). In his memoirs, István Orosz offers the following recollections of their work related to samizdat in its initial stages:

“I got to know Ádám Modor as a practicing teacher, and we have kept in touch since then. Ádám organized samizdat publishing at Katalizátor Iroda, and he asked me if I had an interest in taking part in this. At first, I tried to ignore this question, but then I told him that I already worked with a stencil machine (mimeograph) [to produce Beszélő] and I needed help putting it together and procuring raw materials. So Zoli Illés and Ádám Modor also helped me get paper and ink.” He also met the associates of Katalizátor Iroda at this time, including József Gehér, Zoltán Kurdi, Gábor Rózsa, Erika Laczik, and Róza Hodosán. As one of the leaders of Katalizátor Iroda, alongside his civil work, he dealt with publishing and distribution of books between 1985 and 1995, contributing to the publication of a number of historical and social scientific works and also works of fiction. After the political transition, Katalizátor Iroda had difficulty publishing and selling, and in 1995, it closed.

After Katalizátor Iroda closed, he worked as a journalist for Fővárosi Közmű (in 1996–1999), and he also published in various other newspapers, including Holmi, Napi Magyarország, Népszabadság, Beszélő, Kalligram, Bécsi Napló, and Nemzetőr (in Munich). He was employed on a permanent basis at Magyar Nemzet (2001–2003). He was an assistant researcher at ORTT (National Radio and Television Administration) between June and September 2000. He also carried out historical research (chiefly from 1997) concerning the history of samizdat and the democratic opposition. He published three books in these years: A titok meg a nyitja (On Secrets and the Way They can be Revealed), Célkeresztben Krassó (The Target: György Krassó), and the first volume of Ellenségből ellenzék (From Enemy to Opposition). A closer look at his work on film reveals that his interest in movies can be traced to his secondary school years. He showed a strong interest in film as a university student and, later, as a researcher (e.g. István Gál, the director of Talpalatnyi föld, István Szőcs) and filmmaker. While working as a journalist, he also took part in research concerning the media (with the Magyar Gallup Intézet [Hungarian Gallup Institute]). He began working on documentaries with János Gulyás in 1997, producing films on various periods of the Kádár era and on underground groups. Movies on which they worked together include Szamizdatos évek (The Samizdat Years), a portrait of Tibor Pákh, and the documentary Katalizátorok (Catalysts). His movies emphasize the important role of the “foot soldiers” (to use Modor’s words) of samizdat production, i.e. people other than the well-known hero figures who also made major contributions.