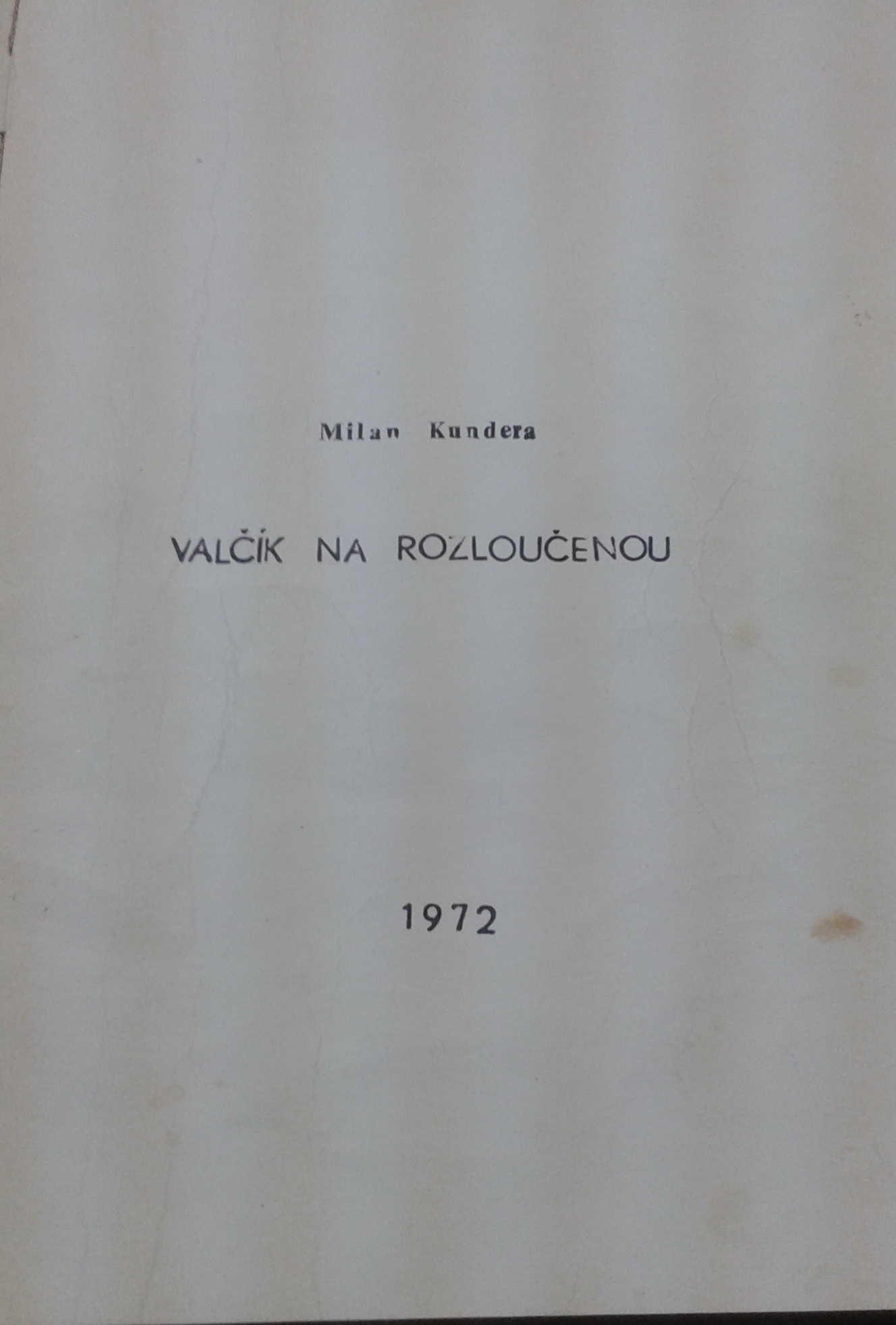 Farewell Waltz, novel of 1972 written in Czech. Discusses the loves and hatreds among the eight characters in the Czechoslovakian spa town during the early seventies. The novel was first published in 1976 in French translation (La Valse aux adieux), the Czech original three years later in exile by 68 Publishers in Toronto. We do not know when and under what circumstances copy of this novel became part of Mr. Šufliarsky´s collection.