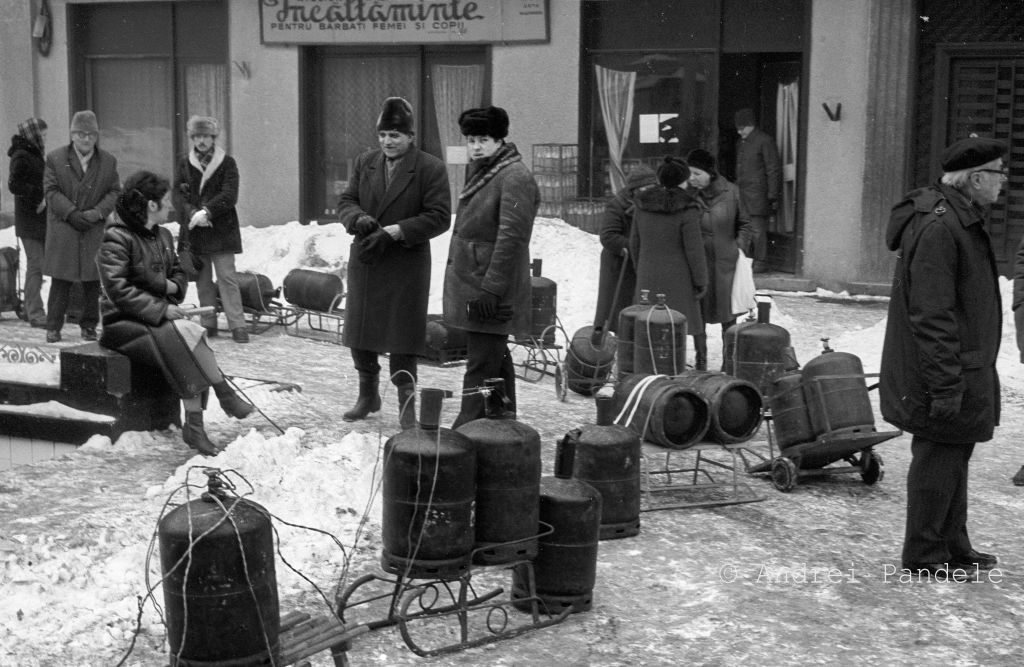 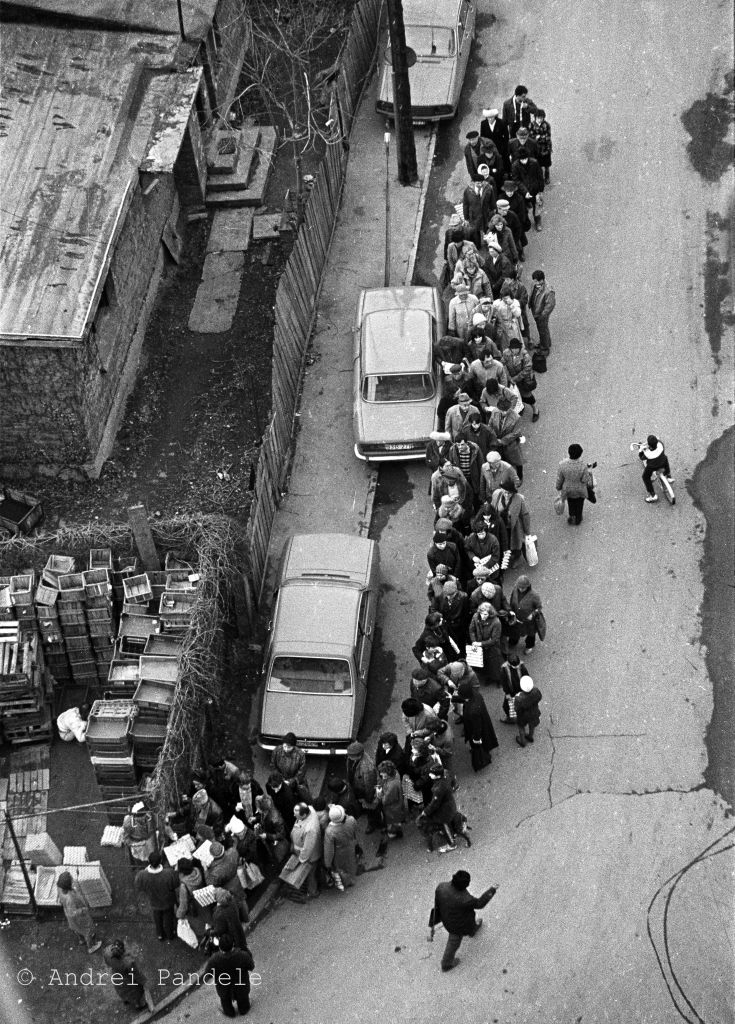 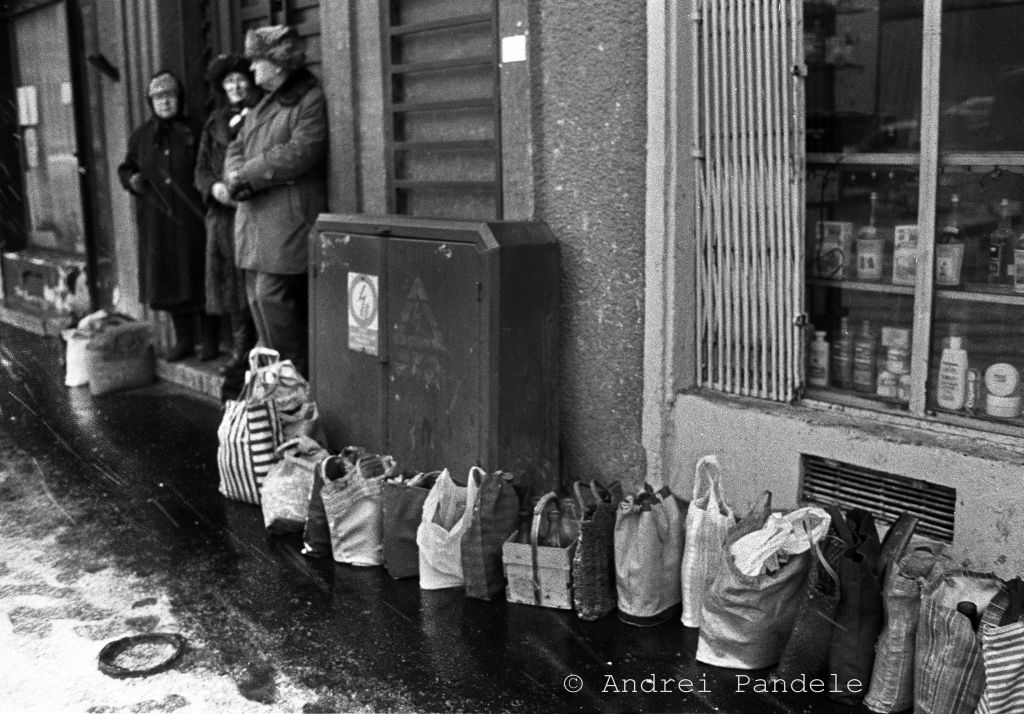 In the last decades of Romanian communism, queues for various foodstuffs or common consumer goods were an everyday sight. Images of queues are common to all the former communist countries in Central and Eastern Europe. However Andrei Pandele’s photographs are different because they illustrate a period of decay and degradation of human life that was unparalleled in the Soviet bloc. They show the absurdity of the arbitrary measures taken by the Ceaușescu regime, which reintroduced food rationing on the pretext of so-called “rational nutrition.” The severe shortage of food products was the direct result of the decision to be able to pay off Romania’s foreign debt and so become less dependent on the West, thus implicitly being under less pressure to release dissidents who had been arrested for the crime of criticising the regime’s policies. Andrei Pandele’s photographs are impressive because they show not only a dark and dirty Bucharest with interminable queues, but also people completely without hope. “It took me years to notice what I wasn’t interesting in noticing. People look, and as a rule, they only see what interests them. It’s absolutely natural. It was a question of practice, of education of the eye, to which, I must acknowledge, my architectural training had also contributed. Why do I say this? Because I was not, at first, in real time, conscious of exactly what I was photographing. Some places, their hidden, grave symbolism, I myself discovered long after I had taken the pictures. Often we see what we are able to see…,” says Andrei Pandele, with regard to what he calls a “rabid abnormality.” In this connection, he mentions that: “in my photographs of everyday life during communism, implicit, but visible when you look carefully at the photographs, is the abnormality that is/was represented by the small details. Buckets of cheese on the pavement. Or shopping backs lined up on the pavement, empty bags. Or bottles of milk frozen in the street. And many other things. It was, as I say, a rabid abnormality.”