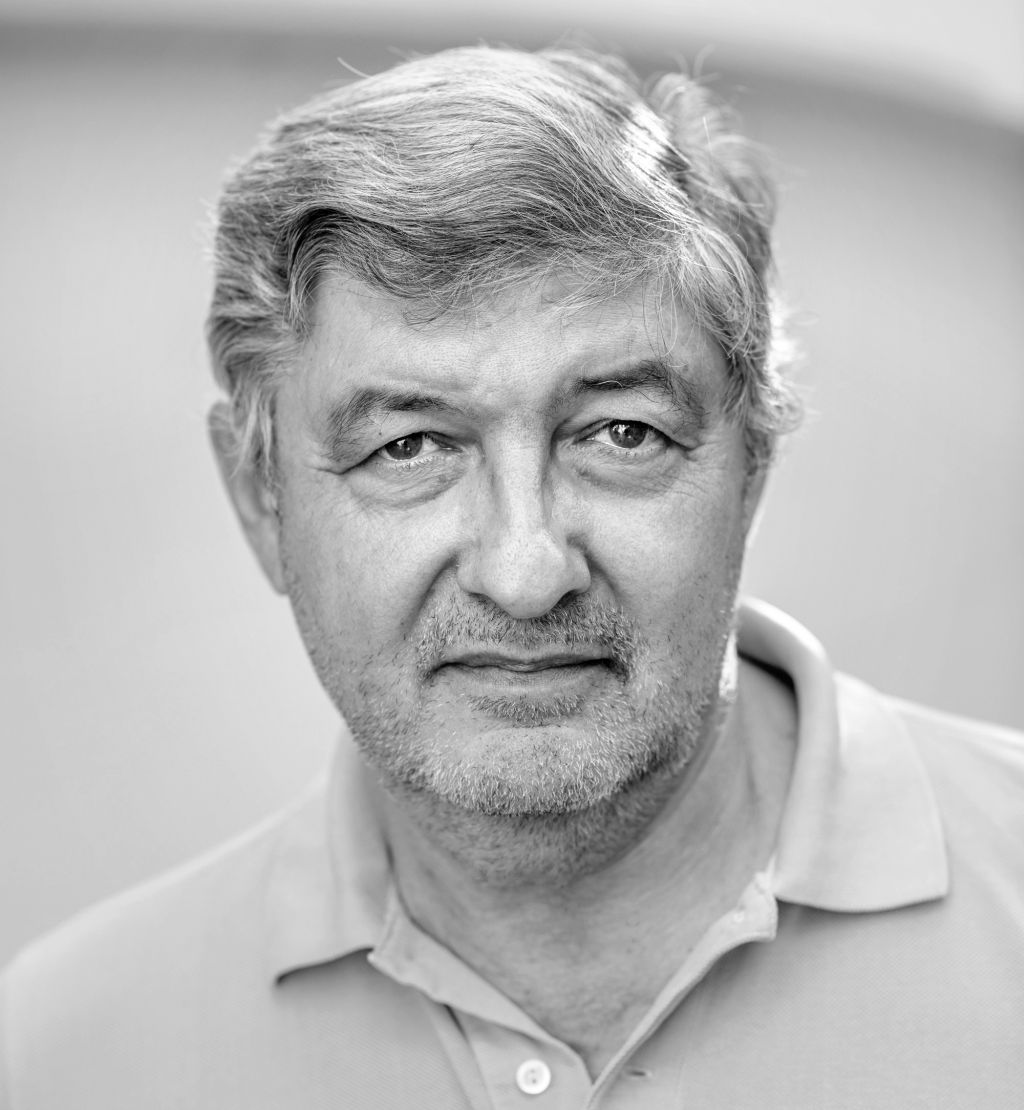 Andrei Pandele (b. 27 August 1945, Bucharest) is an architect, urbanist, and photographer. He graduated from the Ion Mincu University of Architecture and Urbanism in 1968. His professional portfolio in the field of architecture and urbanism includes a number of outstanding achievements. Among these may be mentioned: a five-star hotel in the Danube Delta; a solar dwelling in Sector 2 of Bucharest; the Ambrose Paré pavilion in La Ferté-sous-Jouarre, Île-de-France; remodelling and fitting of nineteenth-century buildings on Calea Rahovei and Calea Victoriei in Bucharest; and a sixteen-level hotel on a steep (85%) slope at Băile Herculane. In 2000, he was strategy coordinator for the General Urbanistic Plan of the Romanian Capital, Bucharest.

Andrei Pandele has a prodigious photographic activity, being a member of the (Romanian) Association of Artist Photographers since 1973 and of the Fédération Internationale de l’Art Photographique since 1981, a founder member of the (Romanian) Sports Press Association in 1990, and a collaborator for Associated Press and Sygma in the same year. He has had photographs published in various foreign magazines, including Photo, Sovetskoe Foto, Fotografie, Lettres de Paris, Midi Olympique, Rugby World & Post, and in such Romanian publications as Arhitectura, Sportul, Fotografia, and the newspapers Adevărul, Cotidianul, and Evenimentul zilei. He has also had occasional university teaching activity, teaching courses on photography and architecture at the Ion Mincu University of Architecture and Urbanism. His photographs illustrated the volume Vom muri şi vom fi liberi (We will die and we will be free, 1990) by Irina Nicolau. He has published the greater part of his photographs in various albums and illustrated volumes, such as Fotografii interzise şi imagini personale (Forbidden photographs and personal images, 2007), Martorul-surpriză: Fotografii necenzurate din comunism (Surprise witness: The uncensored photographs of communism, 2008), Casa Poporului: Un sfârşit în marmură (The House of the People: An end in marble, 2009); and Bucureștiul mutilat (Mutilated Bucharest, 2018).

As a photograph, Andrei Pandele has an impressive portfolio. He has had numerous exhibitions of photographs all over the world, and some of his works have entered international private collections. Among exhibitions in Romania may be mentioned: “Fotografii interzise și imagini personale,” (Forbidden photographs and personal images) National Theatre, December 2007 to March 2008; “Amintiri din Epoca de Aur,” (Memories of the Golden Age) Cinema Studio, Bucharest, at the premiere of the film of the same name, September 2009; “Made in Romania,” Sala Dalles, October 2009; “Andrei Pandele la TIFF,” (Andrei Pandele at the Transylvania International Film Festival) Museum of Art, Cluj, May 2010; and ”Veșnicia s-a născut la sat,” (Eternity was born in the village) Museum of the Romanian Peasant, București, January 2015. He has had solo or group exhibitions in France, the Netherlands, Spain, Poland, and Israel. Articles about his photographs have appeared in numerous national and international publications. Out of all of them, Andrei Pandele considers that the article “A lost city: Photos of Bucharest's past,” published by BBC News, is the most important reference to his photographic work. Andrei Pandele keeps a blog, where a number of his photographs of everyday life during communism and of the demolitions in Bucharest in the last communist decade can be found. Address: http://www.ap-arte.ro/