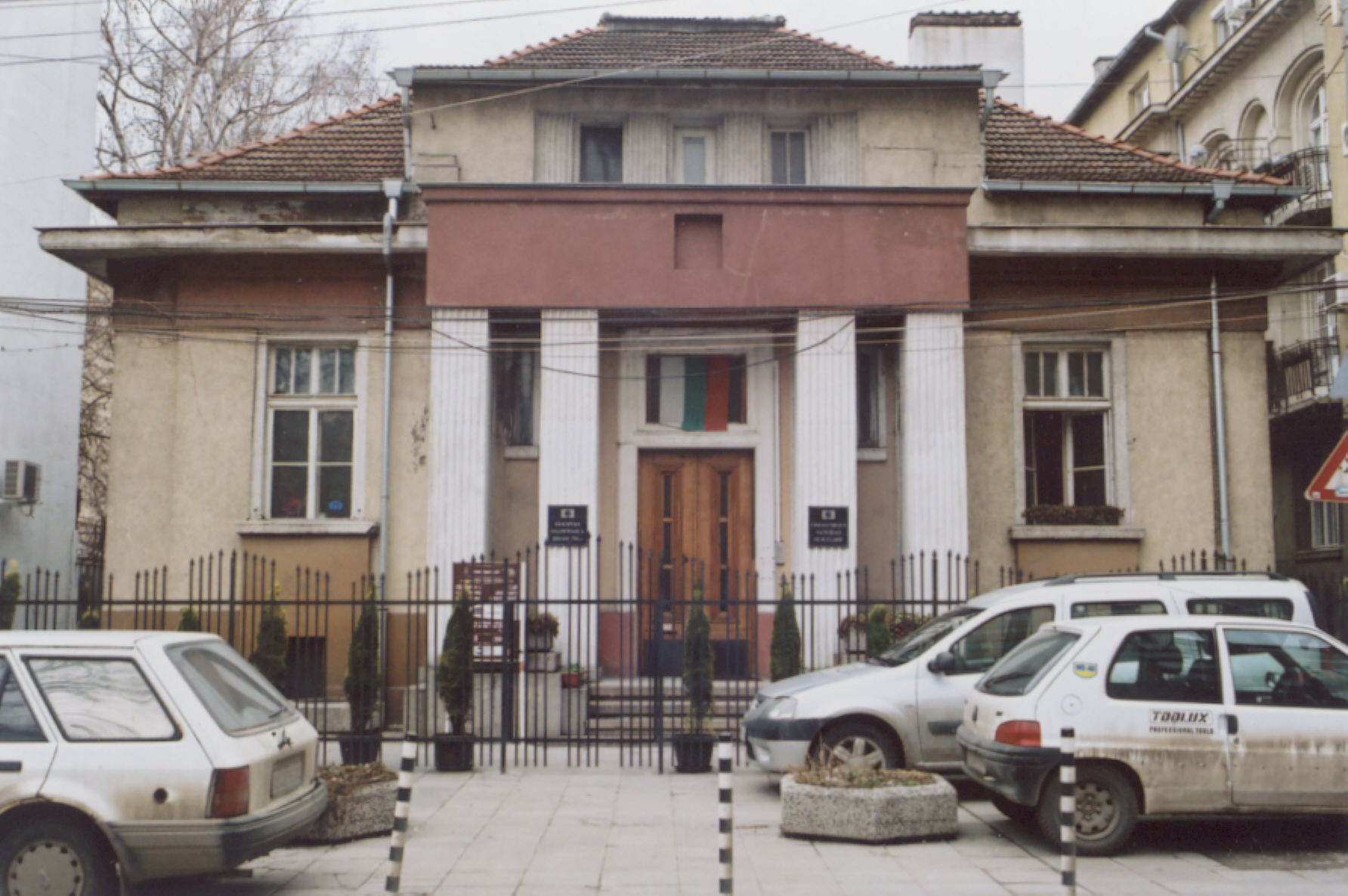 The exact date of the foundation of the film collection is 31 March 1941 when the Bulgarian Deed Foundation was established – an institution symbol of the official newsreel, a synonym of the Bulgarian weekly newsreel from 1941 to 1948 and less known as the originator of the state film and photo archive. The structure of the foundation consisted of two departments – "film" and "publishing" – which were in charge of the films and publications of the Department of National Propaganda as well as of their distribution and selling.

Although there were attempts at institutionalizing and founding a structural unit which would find and collect Bulgarian films (Law of film culture of 1946) a film archive was never founded.

In 1948, a Law of cinematography was adopted by means of which the film production in People's Republic of Bulgaria was nationalized. The Bulgarian Deed Foundation was closed down and the state enterprise "Bulgarian Cinematography" became its successor. All cine-films imported in the country, as well as all films produced or in process of production in the country, became state property. The private film companies were also nationalized. For many years the newly-established National Film Museum at the Bulgarian Cinematography functioned also as an archive. From the very beginning, the post of "head of the museum" was held by Vasil Gendov, a pioneer of the Bulgarian cinema, director, script-writer and actor in the leading role in the first Bulgarian feature film "Balgaran is Gallant" (1910 or 1915). Vasil Gendov stored at the museum all the film copies from the cinema network and the nationalized film distributors, all the posters, photographs and materials about the history of the cinema in Bulgaria that he managed to find; from 1952 he did the duties of councilor of cinema history. In 1952 with a decree of the Council of Ministers the Department of cinematography was reorganized into Committee of Cinematography and Home of Cinema was founded which took on the artistic responsibilities of the Union of Filmmakers. An enrichment of the museum of cinematography by creating an office of theory and history of cinema was envisaged; there was also a plan of founding a national film archive on history of cinematography with strongly exhibited ideological and political functions – the films "showing the main stages of the development of cinematographic art" should be imported from USSR and Czechoslovakia.

At the same time, professional artistic associations such as the Union of the Filmmakers of 1947 and the Home of Filmmakers exerted efforts to preserve the film documents. That essentially decentralized model of preservation of valuable film records was changed in the late 1950s with the foundation in 1958 of the National Film Archive of History of Cinematography at the Department of Cinematography (1958) which was moved the following year to the structure of the Research Institute of Cinematography and Radio (1959). After a number of attempts at differentiation, in 1963 the Bulgarian National Film Archive (BNFA) began to function as an independent institution maintained by the state budget. According to the decrees of the 1960s, the function of BNFA was "to collect, restore and preserve the films and the entire non-film national archival wealth related to cinema, to process and use for distribution cinematographic information and culture". From the very beginning, the film archive functioned adequately and was internationally recognized – in 1959 it became a regular member of FIAF (International Federation of Film Archives). Methodically the activity of BNFA was managed by the Archives State Agency (the former General Direction of Archives at the Council of Ministers). As a state institution, the National Film Archive did not have the chance to pursue independent policy regarding problems related to the distribution of cinematographic information. The socialist epoch was a period of centralized control and financing, of complete uniform management of all spheres of culture. Despite all the vicissitudes and problems, however, BNFA performed its main tasks – to preserve and transmit the national film and documentary wealth of Bulgaria. Today, BNFA is a state cultural institute of national significance. By the virtue of the Law for the obligatory deposit of printed and other works BNFA preserves the entire film fund since the introduction of cinema in Bulgaria. Save the collection of Bulgarian and foreign films, BNFA has an abundant cinema library containing documents, publications, files of films with records of the discussions of the Artistic Councils, scripts, production plans, edit lists, posters, photographs etc. The number of titles preserved exceeds 15 thousand – Bulgarian feature films, documentaries, popular science films, animation films, newsreels and copies of foreign films. They are all generally accessible and systematized in professional books of references. This allows each film work to be viewed as a "piece of history" (Alpers 2003), to reconstruct the context of its creation (idea, order, financing, functions), to study the reception of the particular film.

Today, BNFA pursues a broadly open policy regarding the filmmakers, the specialists of a wide range of sciences, students and pupils and the general public. Its funds are intensely used for scientific and research work, there are educational programmes engaging also the public. This leads to multiple points of view and well-grounded debates.