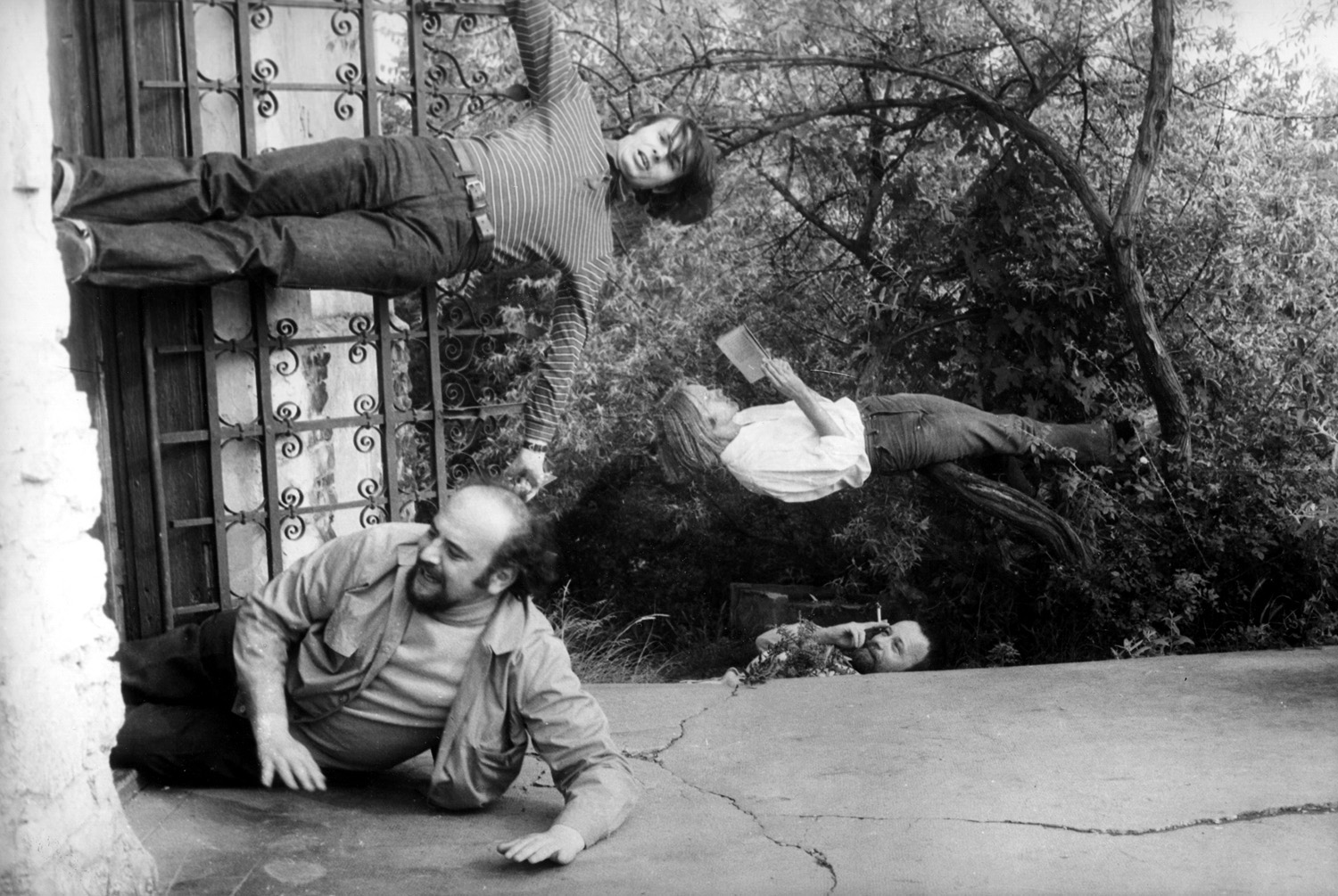 “There was a grid put across the chapel door, originally from a fence, but applied horizontally and not vertically. Jován stood on it, and the others automatically began to find their places, too. Szentjóby lay down on a branch and stuffed his long hair into his shirt, so his hair was not floating like Jován’s in the photo. Erdély placed himself in the door, bent over, as if he had been glancing out from there, while Tibor lay on the ground, as if that had been another direction, too, and only the smoke of his cigarette revealed which direction was up. Erdély held up a poppy and said that if we photographed it, it might look as if it were the chapel bell. Then they were jumping down from a bench, Erdély, Tibor, and I think Jován, too, as if they were jumping on top of the Badacsony, i.e. as if they had been touching the mountain with the shape of their bodies.” (Dóra Maurer, 1998)