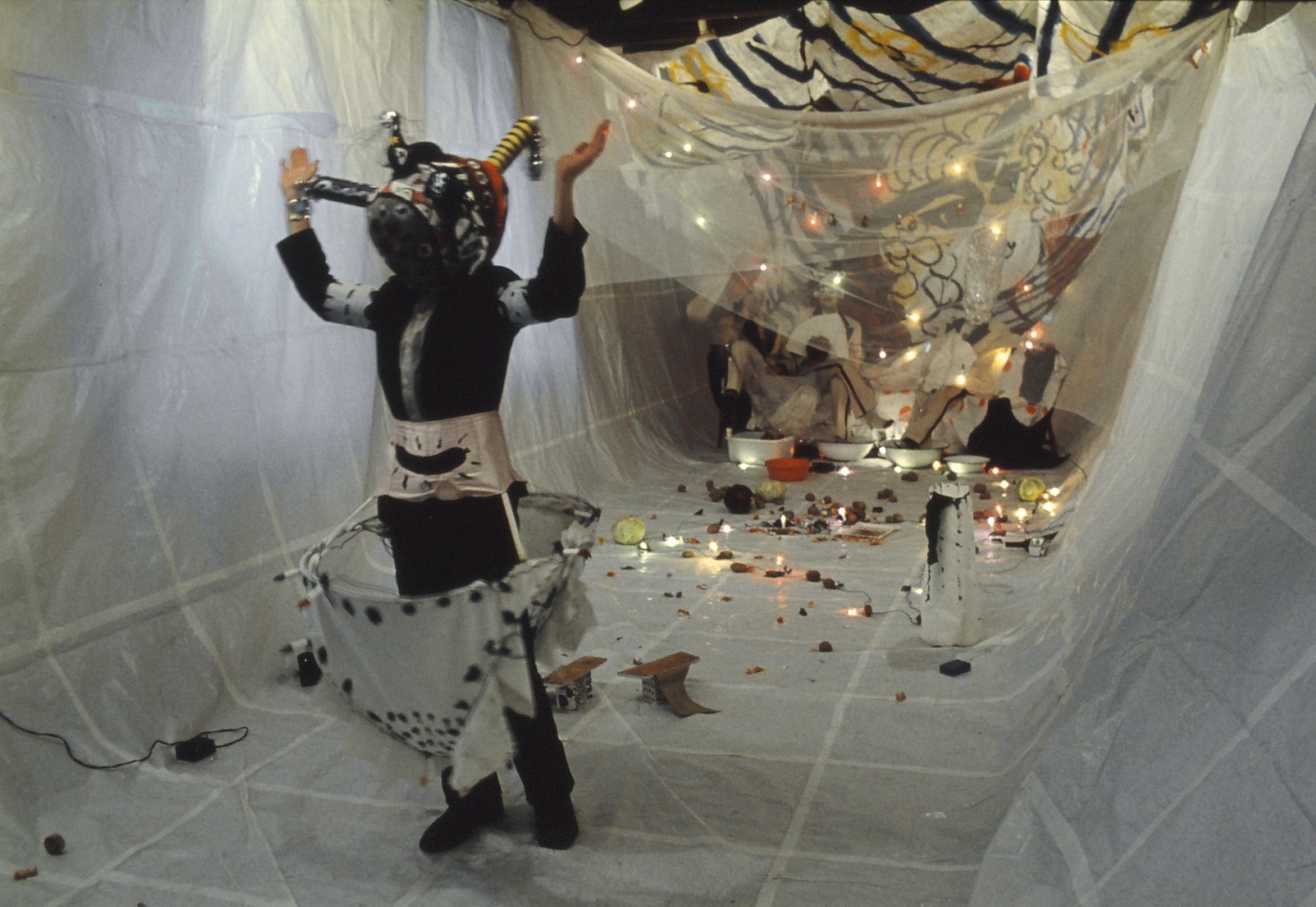 The Dziekanka Workshop was the space of intersection of many domains: visual arts, theatre, music, philosophy. Among music groups that gave concerts in Dziekanka, one might mention punk bands TZN Xenna and Dezerter, intuitive Ossian, and ephemeral projects set by Krzysztof Knittel, Marcin Krzyżanowski, Mieczysław Litwiński, Andrzej Przybielski, and other avant-garde musicians. Familja Radio Warszawa was related with Dziekanka as well. The group was established by Jerzy Caryk, Kuba Pajewski, and Libero Petrič with the participation of many other musicians, artists, and actors. The group combined musical improvisation with electronic experiments and joyful atmosphere while their performances were enriched with elements of theatre and astonishing scenographies. The photography made by Tomasz Sikorski presented the installation-environment created by Familja Radio Warszawa in Dziekanka, December 28-31, 1985.