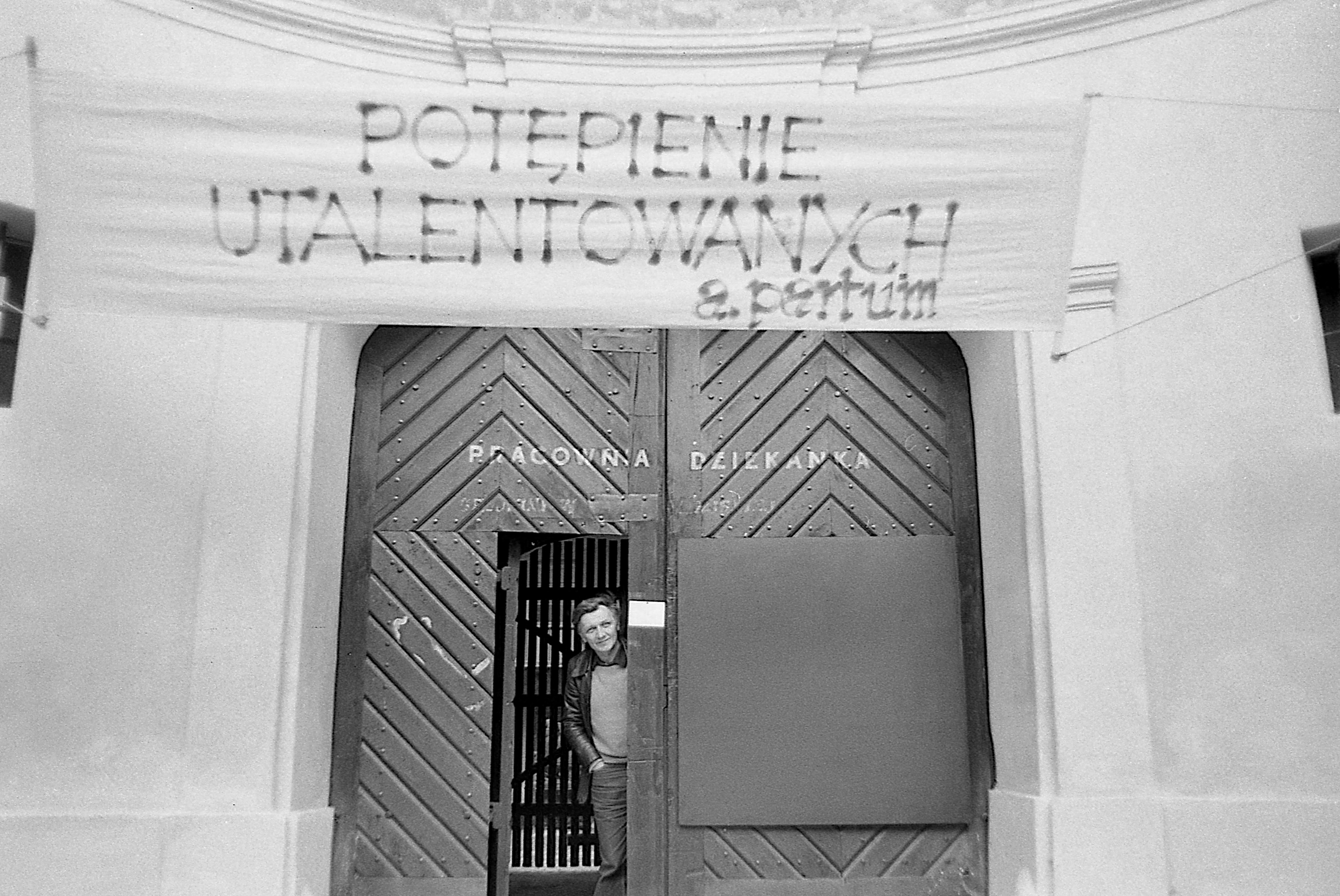 The collection is about the activities of the Dziekanka Students' Art Center and Dziekanka Workshop (Pracownia Dziekanka) in the years 1976-1987. Under these two names was the same place, an extraordinary interdisciplinary artistic and educational laboratory, combining the debuting students of Warsaw's art academies and outstanding artists from Poland and abroad. Around the studio, a unique milieu was created, combining post-Fluxus artists interested in new media and avant-garde theatre ventures, but also painters and sculptors of new expression or punk music bands. The years 1976-1987 is the most intense, though the heterogeneous period in the history of Dziekanka, filled with exhibitions, performances, shows, discussions and social life. During this time Tomasz Sikorski was an active participant in events at Dziekanka, and from 1979 he was the co-director of the institution. Owing to his constant presence and managerial function, Sikorski gathered an extensive collection of photos and other materials documenting the functioning of the initiative, going beyond the definitions of independent galleries.