Artists' Publications from the GDR 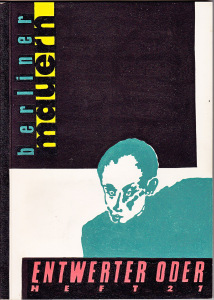 Artists' books, became worldwide starting the end of the 1960s a medium of communication between graphic artists, writers, photographers and artists working with new media. Soon this medium was discovered by a young generation of artists in the GDR, who distancing themselves from socialist realism, used it as a vehicle for sharing not only their artistic views as well as dissenting ideas, which eventually draw the attention of the Stasi. This collection of GDR artists’ books has its origin during the GDR times when artists approached the Saxon Library, then active in purchasing graphic art from throughout the GDR.