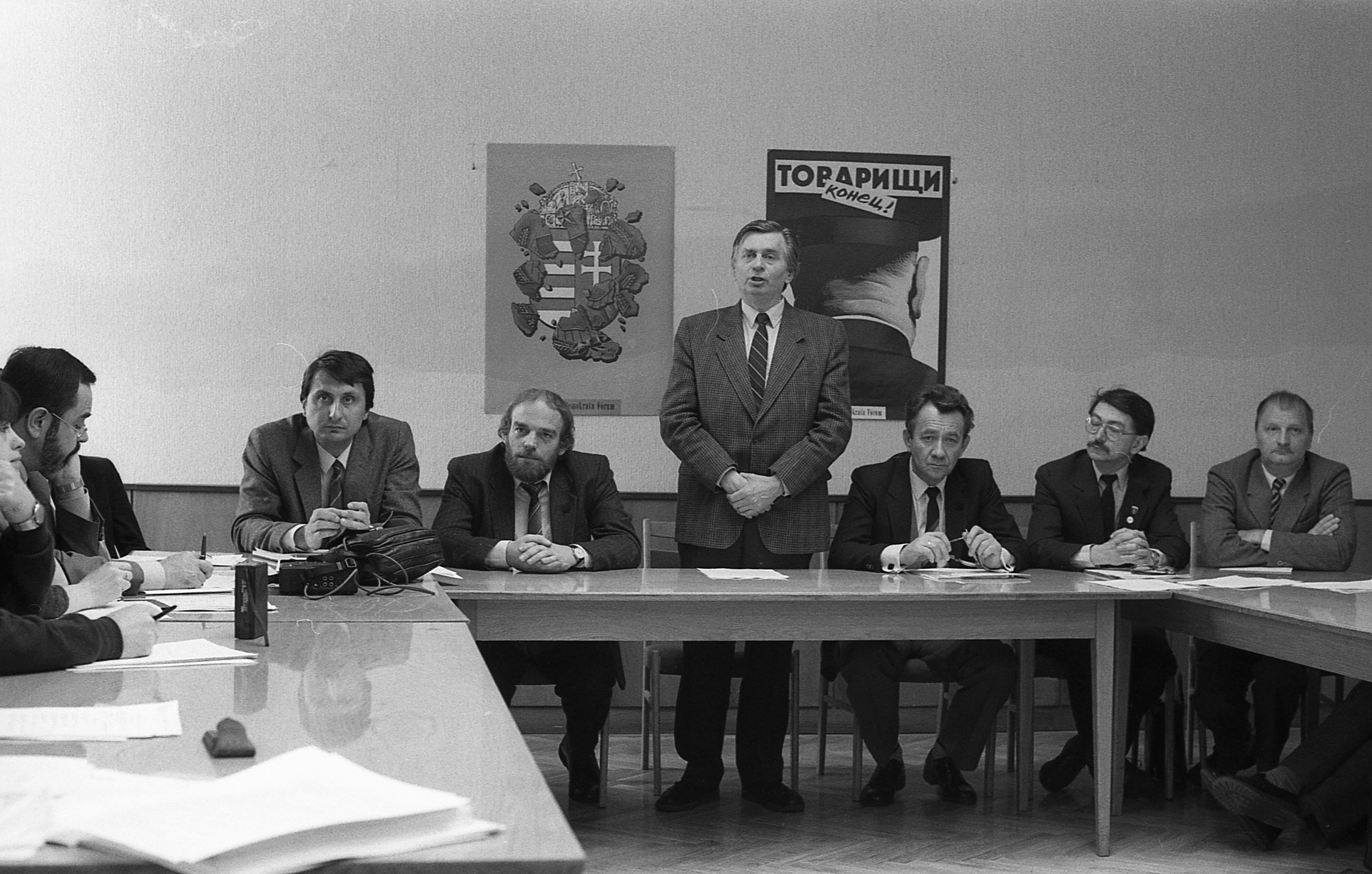 The Hungarian Democratic Forum was the first legal opposition movement in socialist Hungary. It was founded on 27 September 1987 in Sándor Lezsák’s garden in Lakitelek by members of the populist-nationalist (or national democratic) opposition. The Forum focused on Hungarian national and cultural traditions, and it aimed to find a “third way” between capitalism and communism. One of the main problems for the founders was the worrisome situation of Hungarian minorities in the neighboring socialist countries. The Hungarian Democratic Forum announced its foundation in Lakitelek in September 1988. The first issue of the Forum’s non-official periodical Hitel (Credit) was published in November 1988. By the end of the year, the membership of the Forum had reached 10,000. The first national assembly of the Forum was held on 11–12 March 1989, where the official basic statutes and first program were accepted. The Forum took part in the Opposition Roundtable talks and in the meetings of the National Roundtable. The Hungarian Democratic Forum became a political party on 24 June 1989, and the Capital Court officially registered it in December 1989. On 20–22 October 1989, in the second national assembly of the Forum, the party elected József Antall to serve as president. When Antall took over control of the party from founding president Zoltán Bíró, the MDF shifted away from populist-national principles towards a national-conservative and Christian democratic ideology.