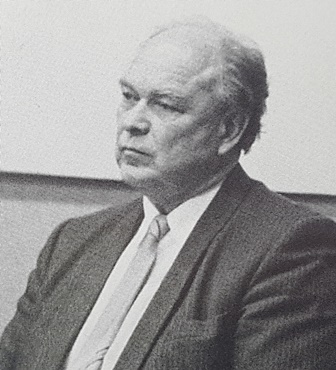 János Márton was an economist and politician. He was born in 1922 in Sarkad. In 1941, he went to the Technical University in Budapest, but his studies were interrupted by the outbreak of war. Beginning in 1945, he was a member of the National Peasant Party. Between 1950 and 1956, he worked at the National Planning Office. He was vice-chairman for a while. Beginning in 1957, he worked at the Research Institute of Agricultural Economy. In 1972, he was made a member of the National Patriotic Front. He was the managing vice-president of this organization in 1989-1990. As of 1982, he served as the president of the Bethlen Gábor Foundation's advisory board. He took part in the Lakitelek Meeting (1987) and the creation of the Transylvanian Association (1988). In the summer of 1989, he attended the sessions of the Oppositional Roundtable. After the change of regimes, he took part in the reorganization of the National Peasant Party.