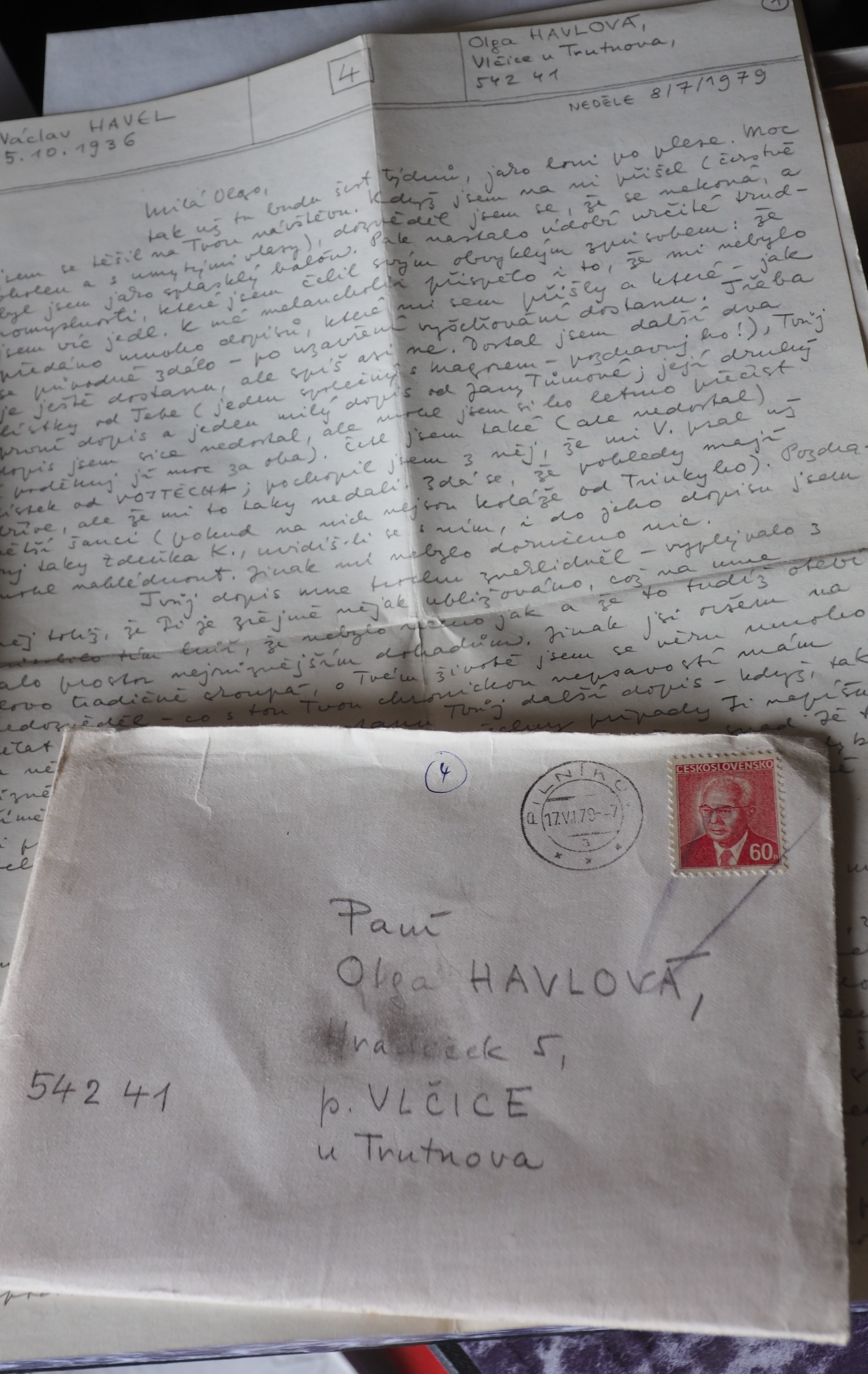 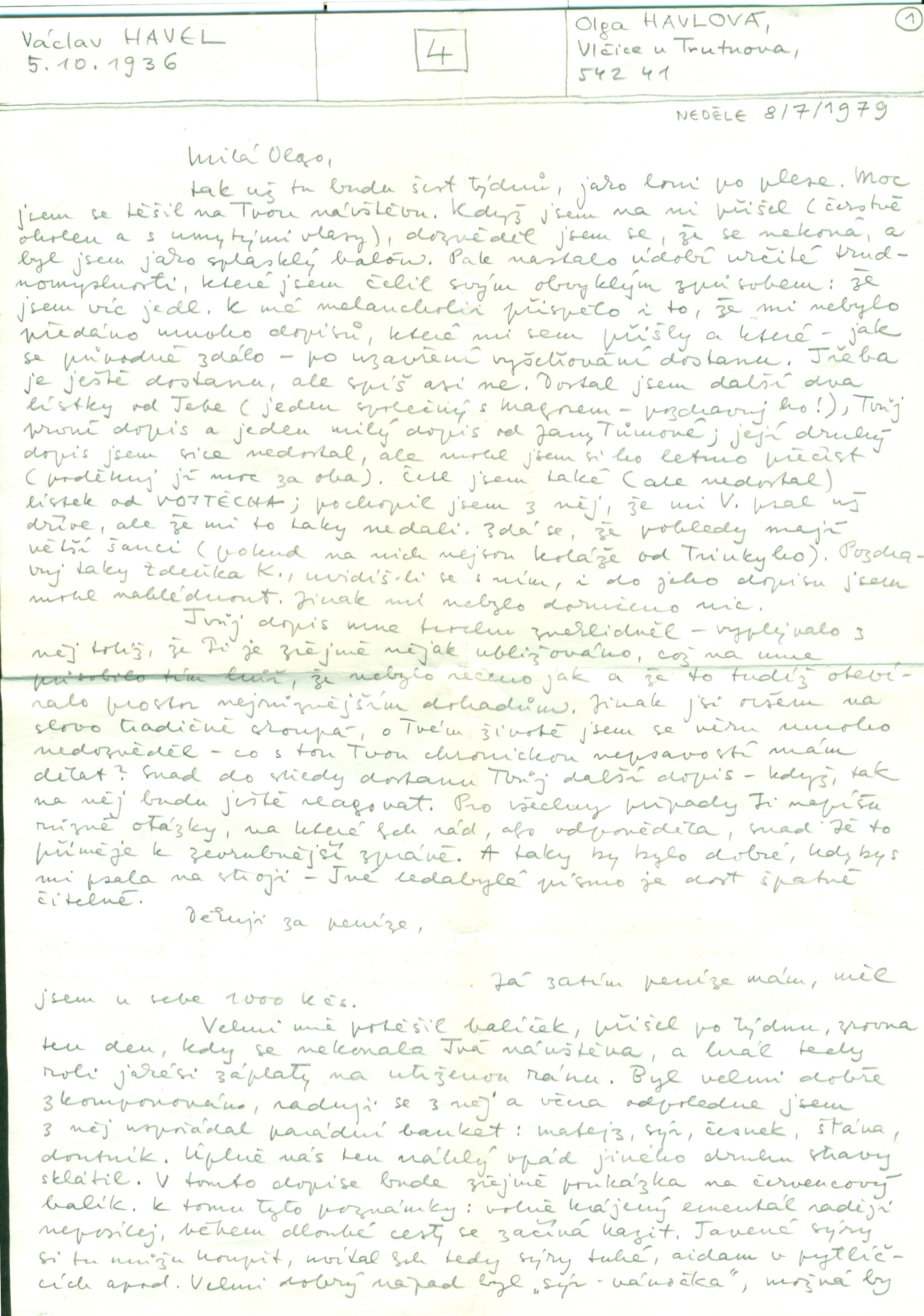 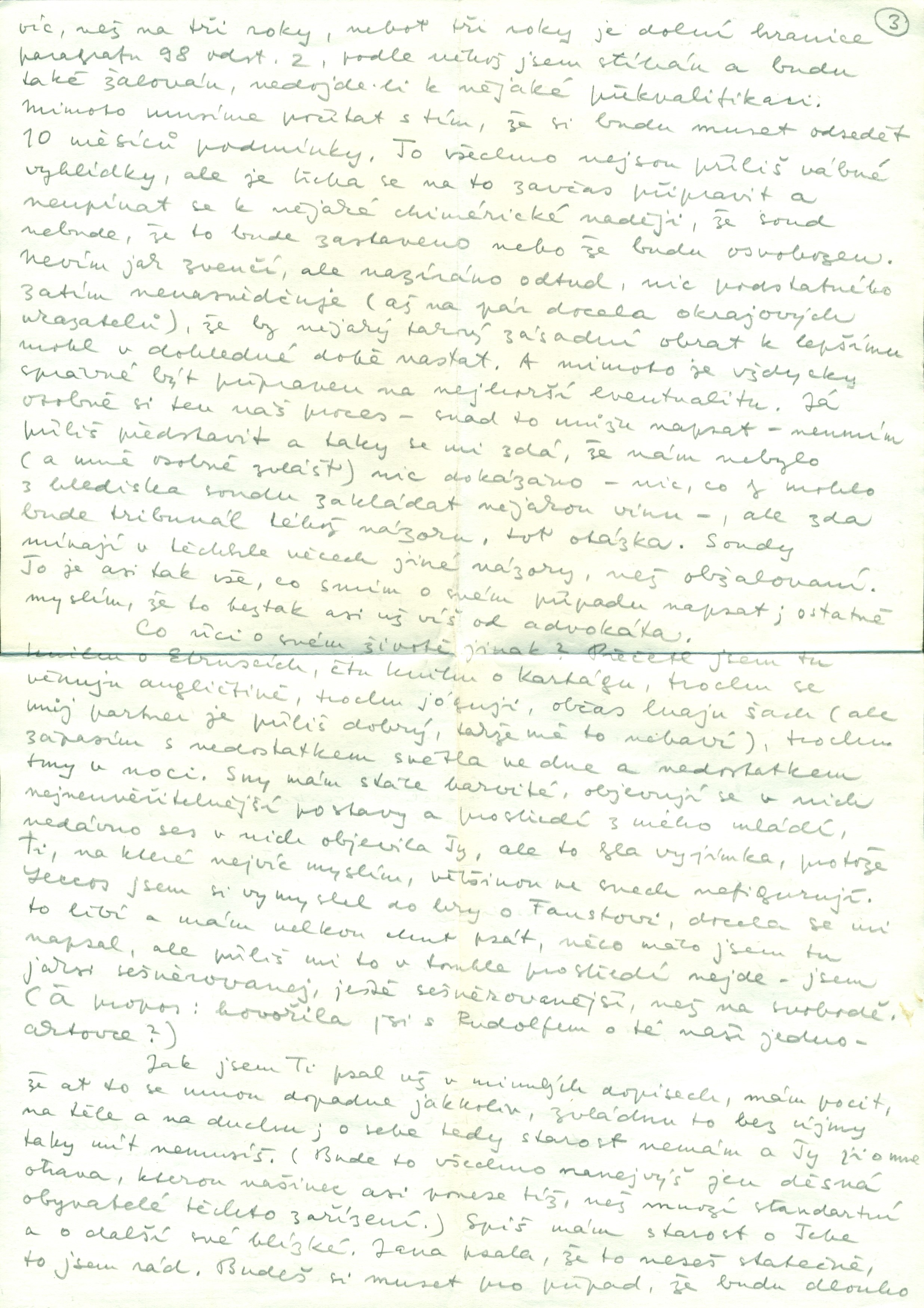 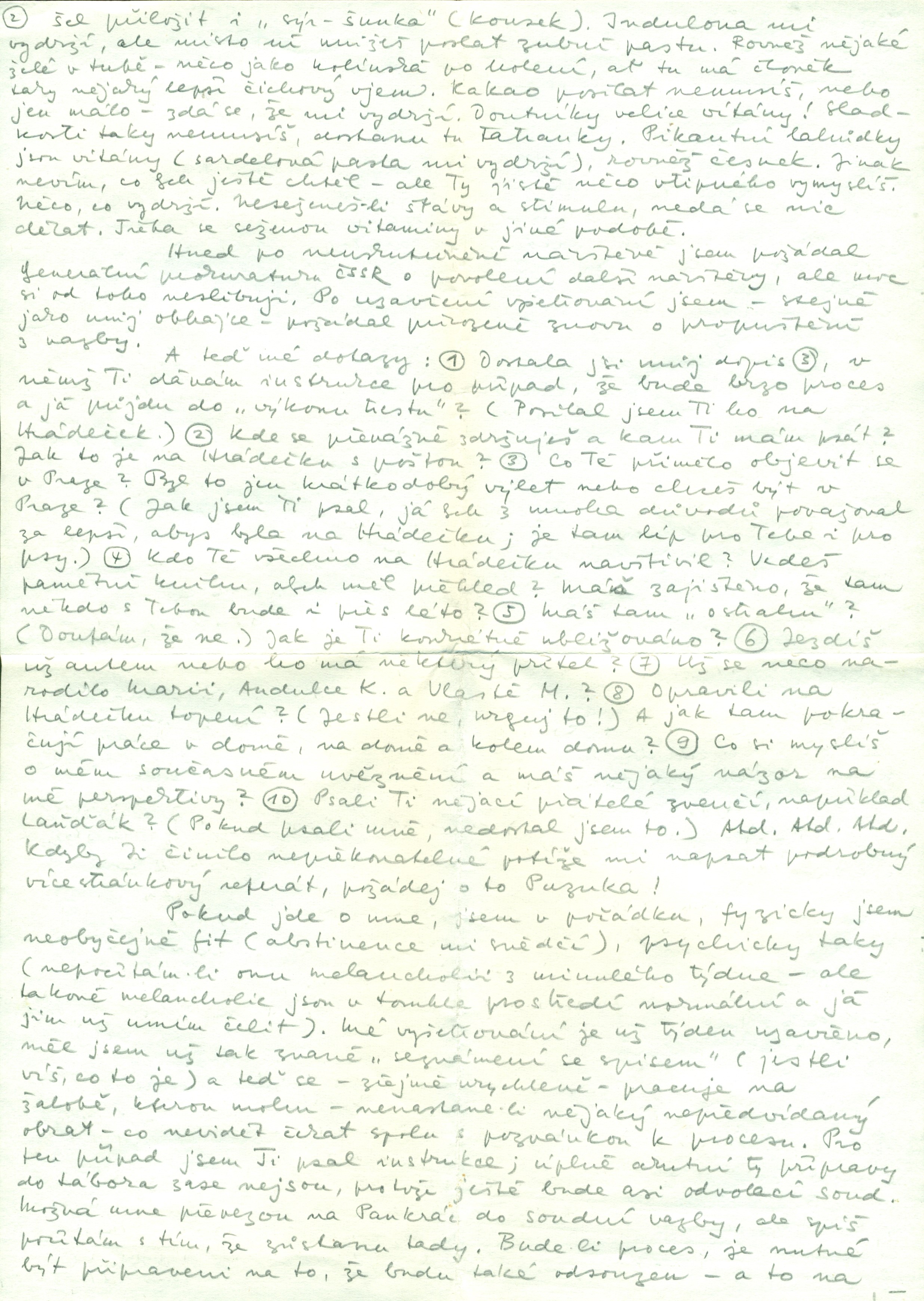 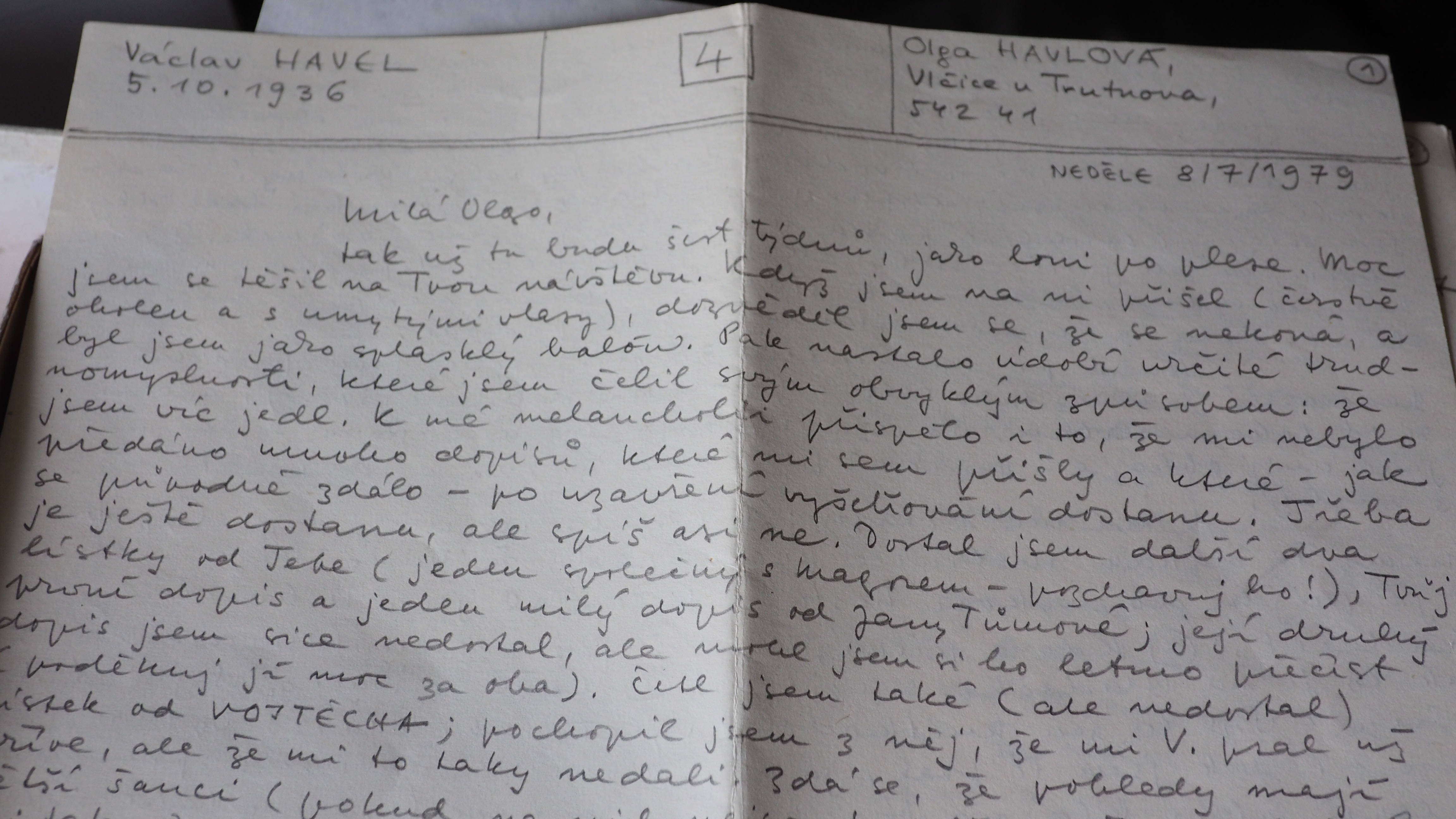 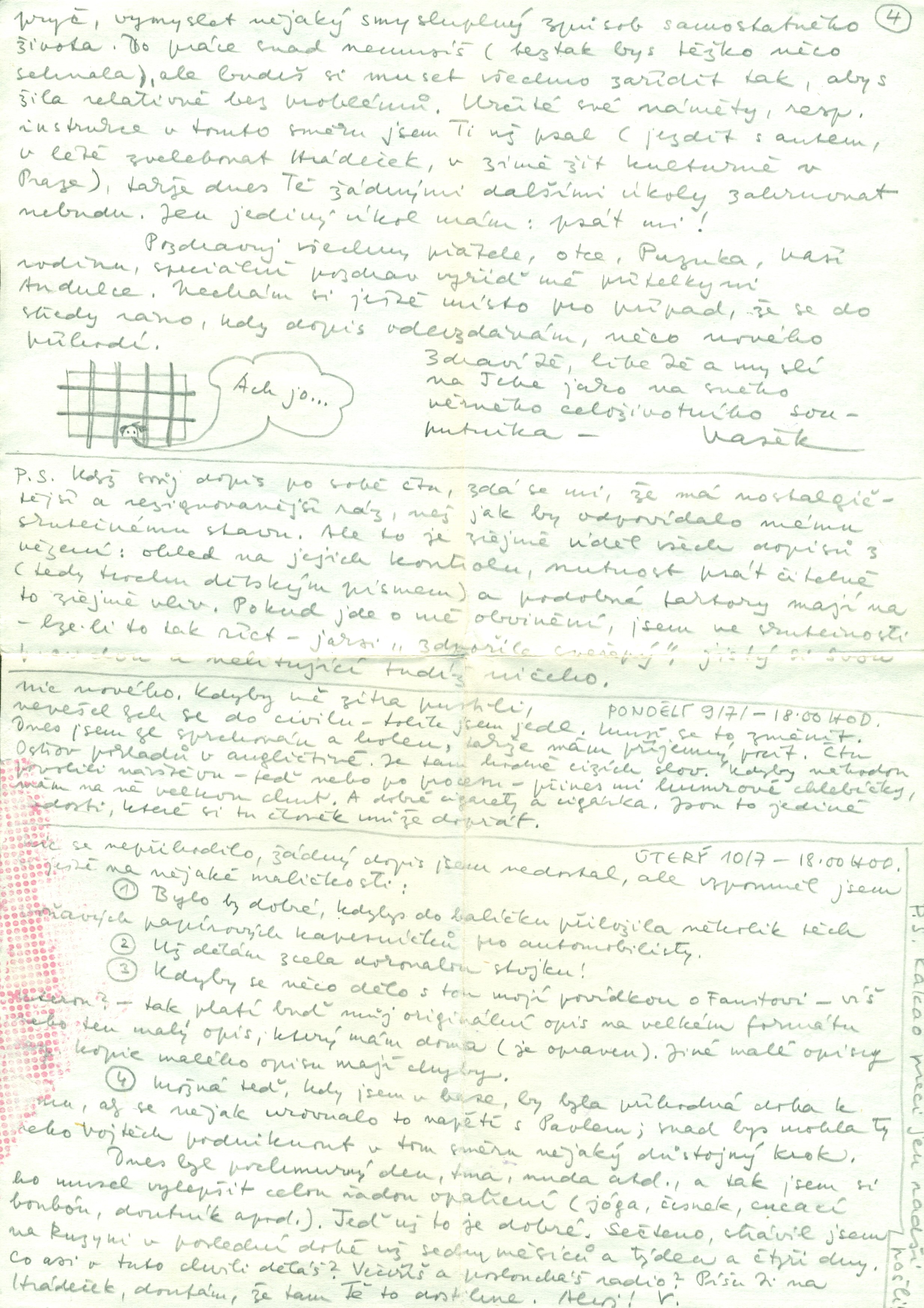 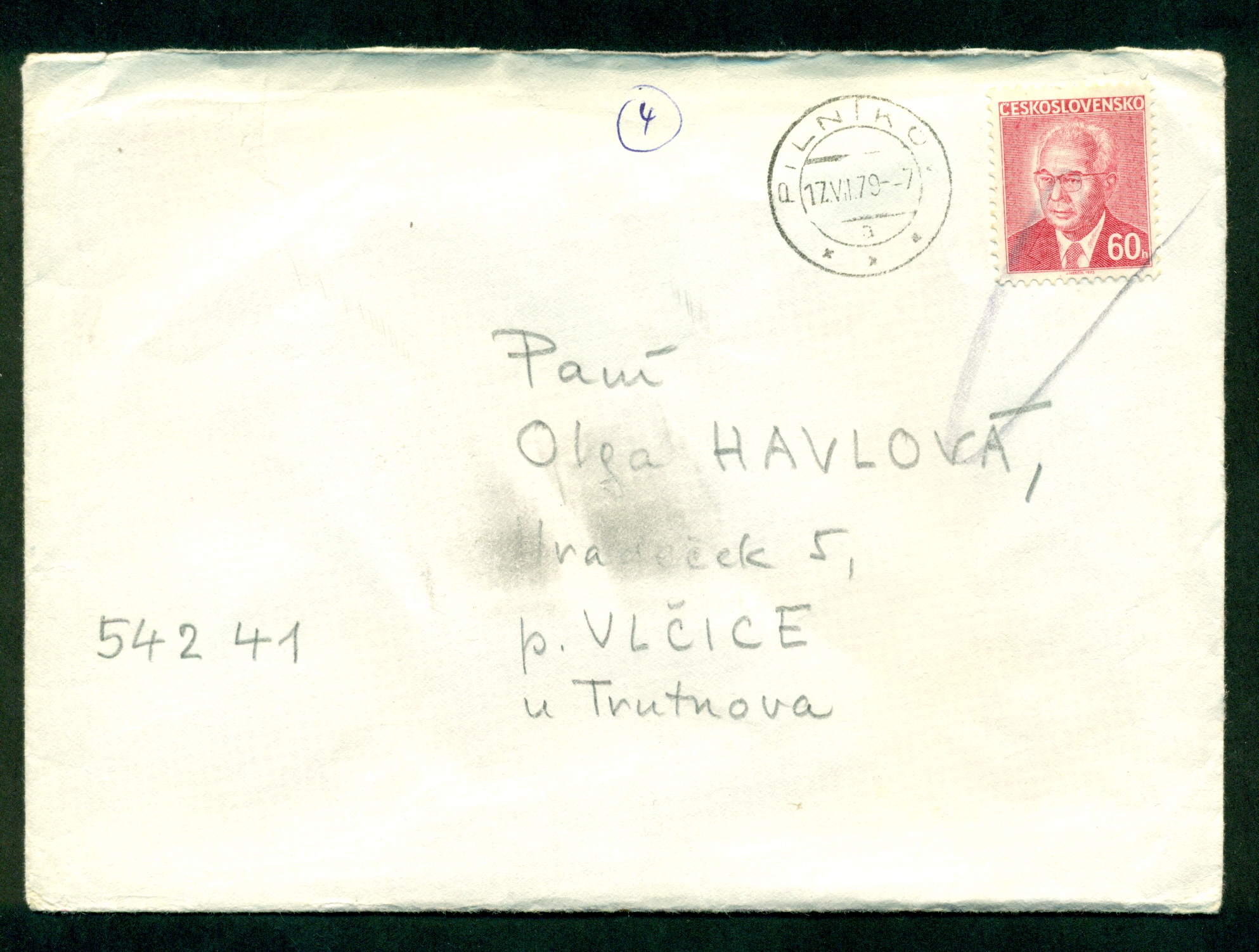 Before 1989, the Czech dramatist and dissident Václav Havel was imprisoned several times for his beliefs and activities, his longest prison term lasting from 1979 to 1983. This period is reflected in Havel’s letters to his wife, later published as “Dopisy Olze” (“Letters to Olga”). Already in prison Václav Havel began to design these letters as a future book and tried to develop within them a more general reflection on human identity and responsibility. Especially after the summer of 1980, Havel’s letters to his wife Olga gradually turned into philosophical essays. On the other hand, the letters from the first year of imprisonment, written from June 1979, contained, besides philosophical, literary and other reflections, also more practical passages, including concrete instructions to Olga concerning their household or Havel’s everyday needs. This is also the case of letter “number 4”, which was written by Václav Havel on 8 July 1979 while in custody in Prague – Ruzyně. In this letter, Václav Havel informed Olga about the letters he had so far received, he described how he had been spending his time in custody and wrote that despite his imprisonment he was “sure of his truth” and did not regret anything. This letter was in an abridged version (without passages about practical matters and specific instructions to Olga) published in “Letters of Olga” issued by the samizdat Expedition Edition in 1983. It has appeared in subsequent samizdat, exile, and after 1989, official editions of “Letters to Olga” as well.