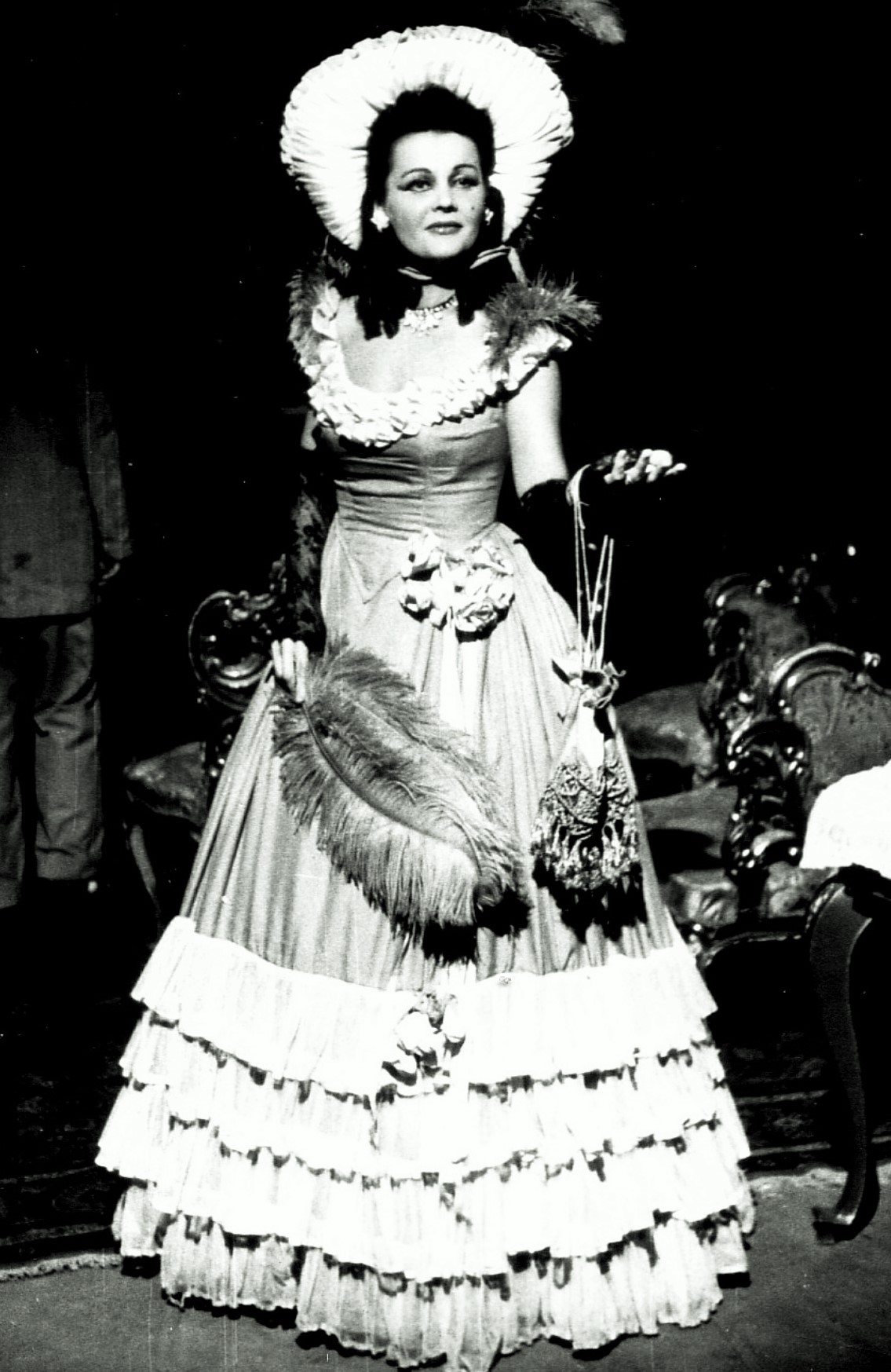 Éva-Edit Timkó (25 January 1925, Oradea – 25 June 2008, Cluj-Napoca) was a Hungarian artist from Transylvania. Her parents were art- and music-lovers. In the 1930s she attended the reputed Antalffy private ballet school in Oradea. During and after the Second World War, between 1942 and 1946, she was at the theatre of Oradea, and then between 1946 and 1947 at the Hungarian theatre of Arad as member of the operetta troupe under the management of Károly Jódy. In 1948 she signed as a ballet dancer with the newly formed Hungarian State Opera of Cluj, and already from the first season she featured in the soubrette roles of the operettas. She trained her voice one year with Ilona Adorján, and she improved her ballet knowledge with Roman Morawsky. She was exceptionally talented as singer, actress and ballet dancer.  Her artistic career spanned thirty theatre seasons, twenty two of which she spent on the stage of the Hungarian State Opera in Cluj. Even the tragedies that occurred in her private life were perhaps alleviated by the stage and by her love for music. To countless opera performances in Cluj in the so-called "golden age" years of the opera were added numerous tours and guest appearances. Her most played role was Stázi in Csárdáskirálynő (The Czardas Queen). The Hungarian State Opera of Cluj also took part in a tour of Yugoslavia in 1969 with the operetta Marica grófnő (Countess Marica). The success of the performance in Skopje was remembered by the journalist of Nova Makedonia, Vlado Čučkov, in his article “Művészi csúcsteljesítmény” (Artistic peak performance), in which he particularly highlighted the name of Edit Timkó.