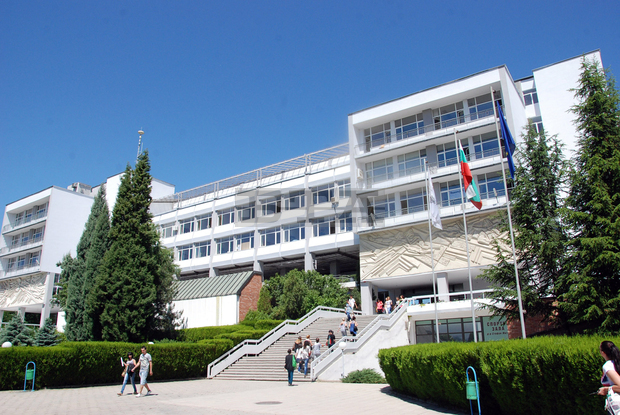 The University was founded as a branch of Sofia University in 1975 in order to locally train teachers for primary school and kindergarten. In 1983, the branch was transformed into the separate Higher Pedagogical Institute. New programs, including mathematics, physics, Bulgarian language and literature, Bulgarian language and history were established in the following years. By 1990, the Institute had five faculties running ten study programs. After 1990, and especially with the Law on Academic Autonomy, the Institute continued to expand its scope. Paid education was introduced as well, alongside study places funded by the government.

Today, the university offers training in 71 Bachelor's, 100 Master's and 74 specialized PhD programs. It has the around 14,000 students in the following faculties: Law and History, Natural Science and Mathematics, Economics, Public Health, Health Care and Sport, Pedagogy, Philology, Philosophy, Arts and Engineering.