“Enough - We Won’t be Silent Anymore!” Archives of the Transition in Blagoevgrad 1989-1991 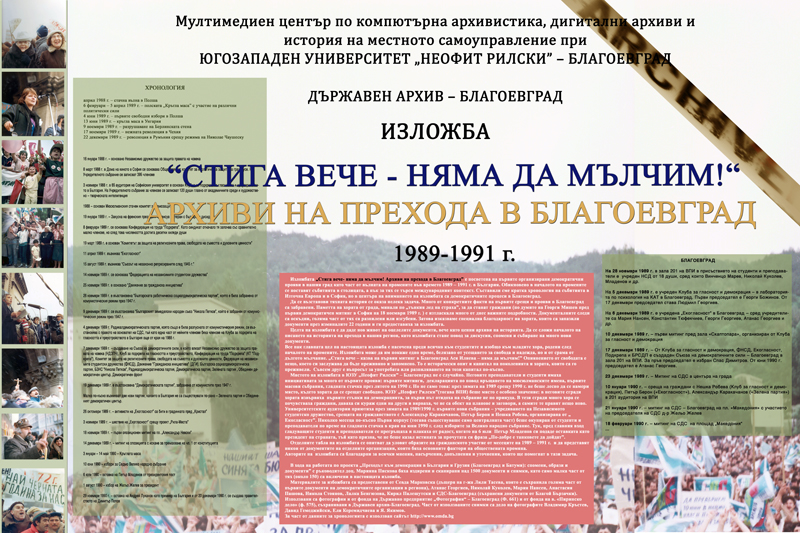 The exhibition entitled Enough - We Won't be Silent Anymore showed rich visual and textual material about the first oppositional mass demonstrations in Blagoevgrad in 1989, the declaration on the return of Muslim names, mass meetings and the democratic changes in local government, among which was the first democratically election for major in Blagoevgrad and others. The exhibition presents images of civic participation in the transition years 1989-1991 and numerous documents of organizations that were among the main factors of social change at the beginning of the transition. A special place was devoted to the importance of Neofit Rilski South-West University  (then known as the Higher Pedagogical Institute) in these events, such as the establishment of the Independent Student Society.
The exhibition was based both on archival materials (such as documentation of political parties from 1989-1991) and on life histories and personal archives collected by the Balkan Society for Autobiography and Social Communication. All original materials were later handed over to the Archives State Agency-Blagoevgrad; the association stores only scanned copies in its own archive.