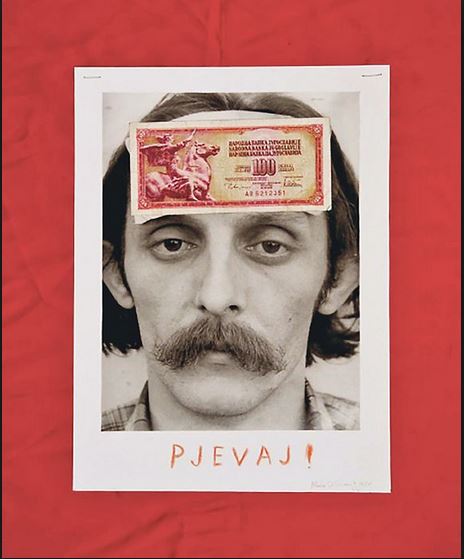 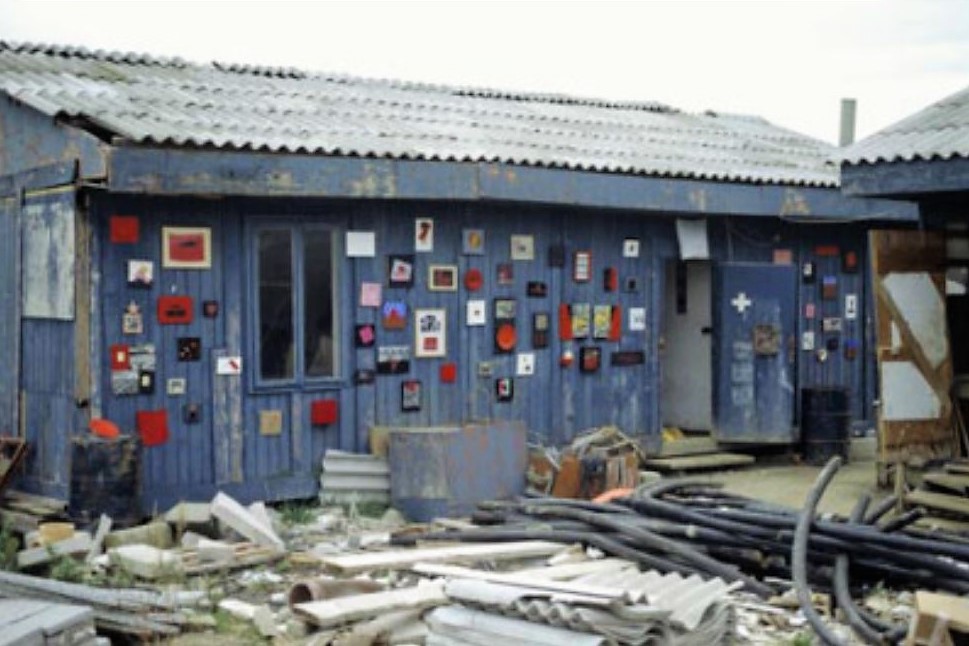 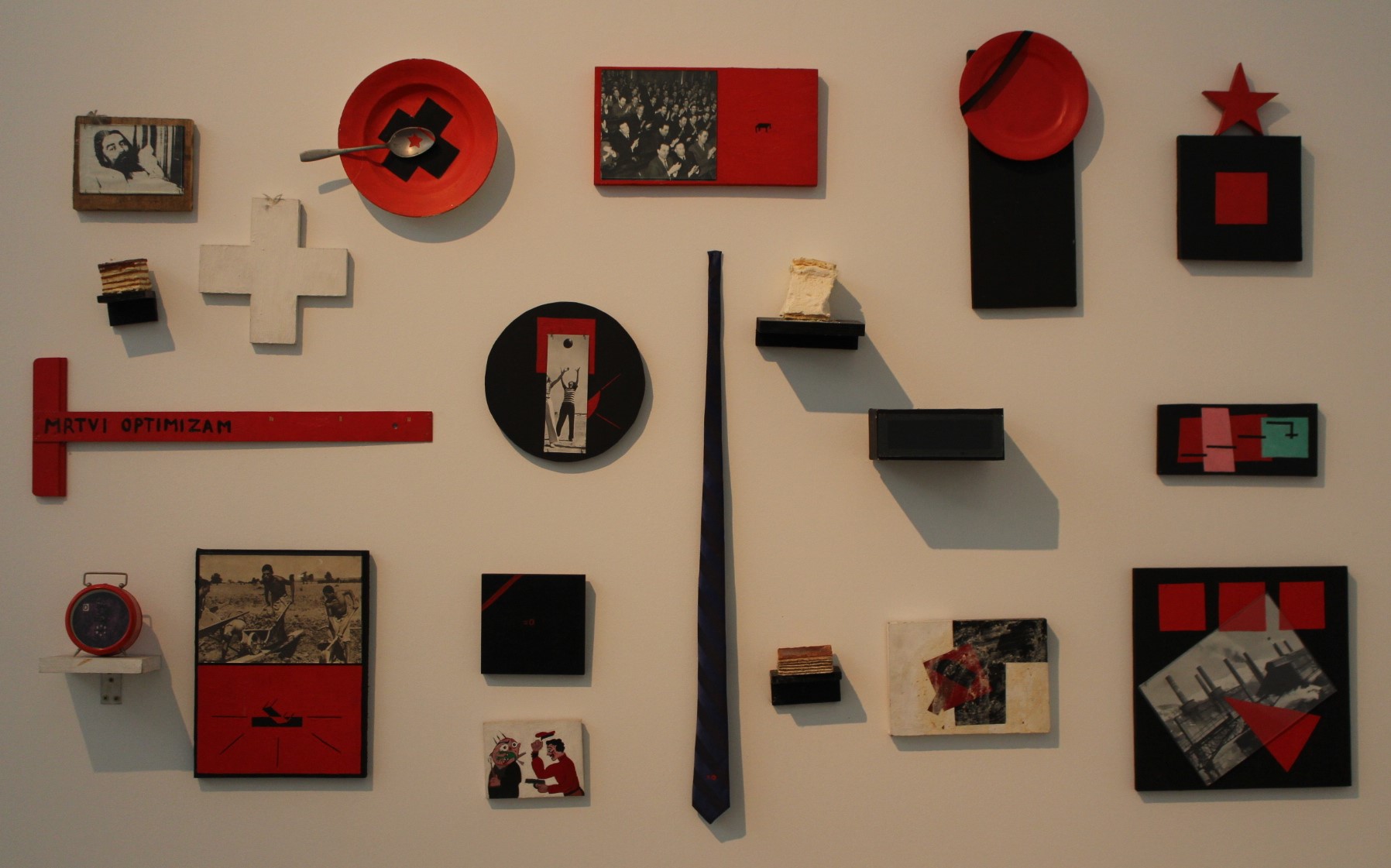 The “Exploitation of the Dead“ Collection by the self-educated neo-avantgarde artist Mladen Stilinović was compiled in socialist Croatia in the period from 1984 to 1990. It is a cycle of paintings dealing with the theme of dispersal or disappearance of symbols, both those widely accepted, such as the Christian cross, as well as the symbols of the Yugoslav socialist period, such as the red star. The author detects changes that affected the socialist system at the symbolic level in the 1980s and puts them in the context of art in a subversive way by using ideological and political reality.