Exhibition: Exploitation of the Dead, 1988. 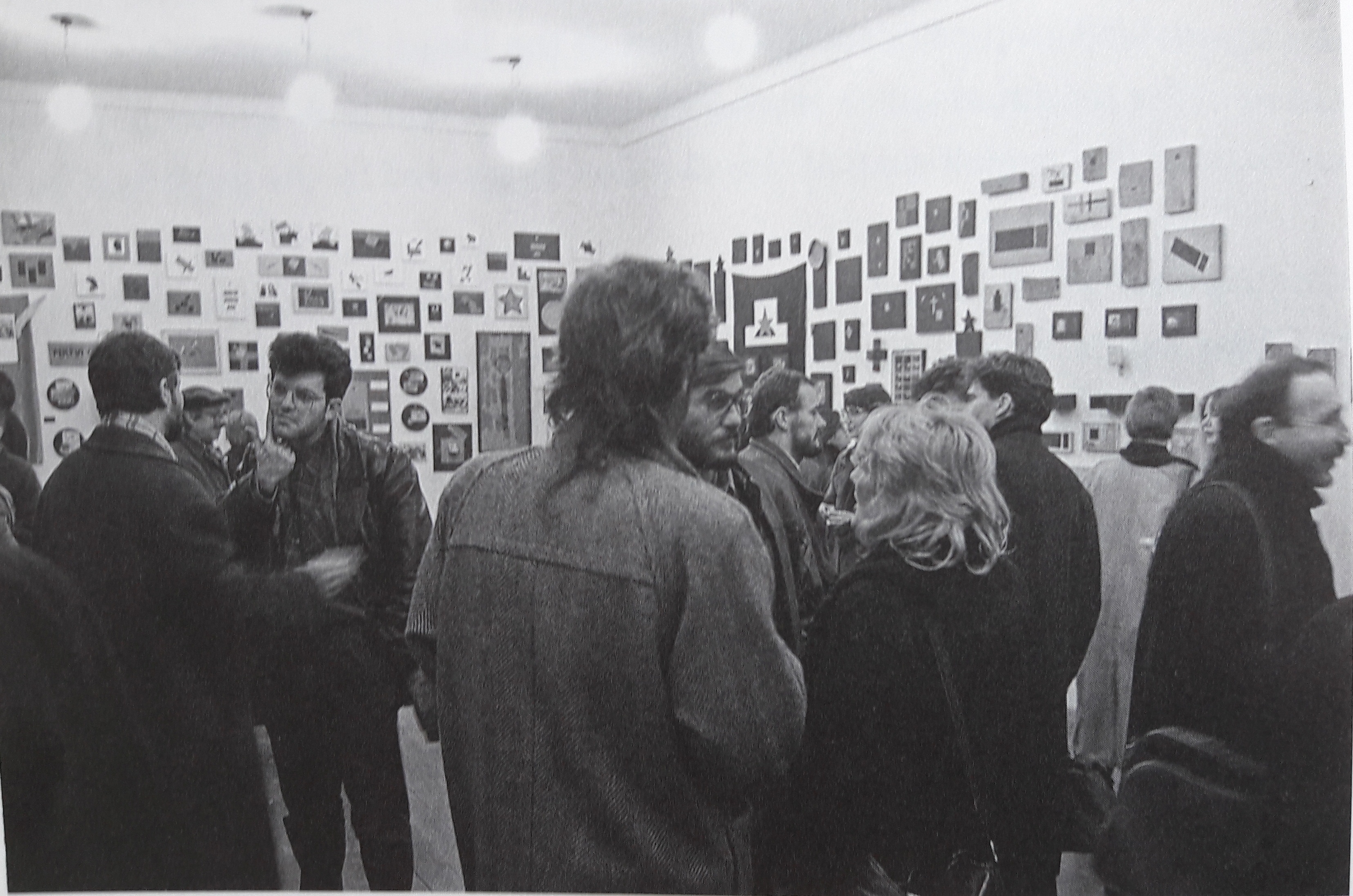 The first presentation of works from the "Exploitation of the Dead" cycle took place in the Extended Media Gallery in Zagreb in January/February 1988. About 350 small-format works which summarize Stilinović's four-year work were shown at the exhibition.

The exhibition was well attended by the public, and received sound media coverage. The main Croatian newspapers (Vjesnik, Večernji list, Oko, Studentski list, Danas) ran positive reviews on the exhibition. Especially interesting is the review by the well-known art critic Ana Lendvaj, who emphasised Stilinović's courage to play with the symbols of the star or the cross and generally with - according to Stilinović - dead ideologies that still impress people.

She noted: "It is clear that Stilinović - by touching upon the network of ideology, the network of religion, and the network of art, and doing this in a courageous world-building attempt - explores how the process of repetition vibrates as the one that either leaves things as they were or radically changes them at the expense of (lethal) consequences for the person who engages in this perilous task. It is dangerous because all these used signs, artistic or historical directions to which the author refers have not been emptied of emotion, and we are still tragically sensitive over them, but only when they are thrown into our faces in a pure, direct and non-derivative form. If they are transmitted through pictures, it will be harder for us to notice them" (Večernji list, 26 January 1988, p. 11).