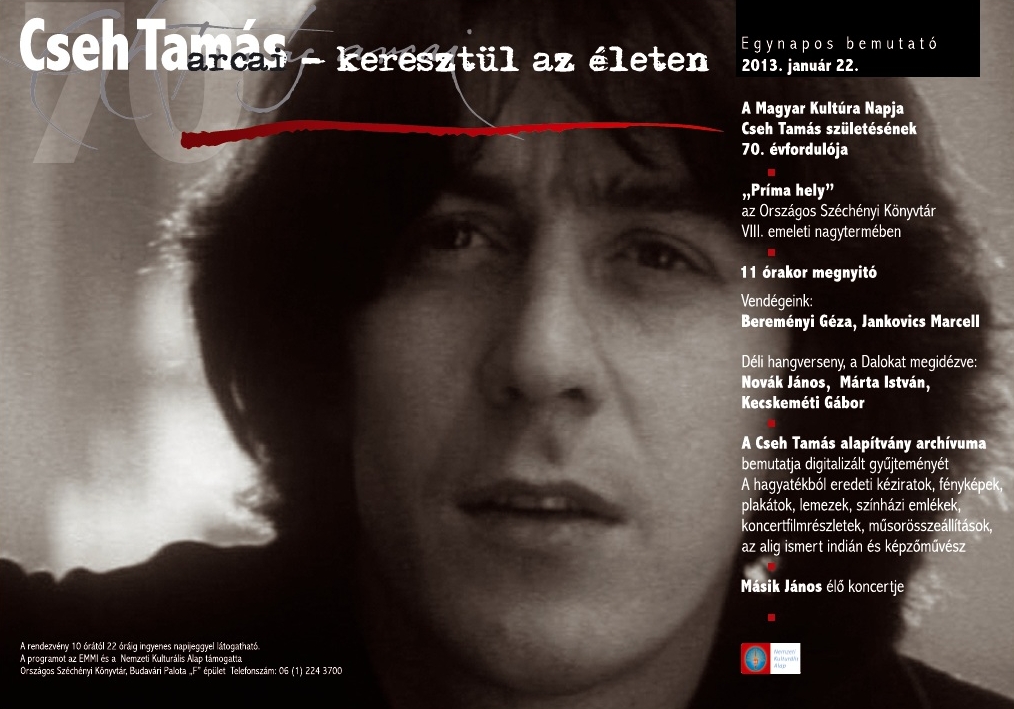 On his 70th birthday, a one day memorial exhibition was presented on the eighth floor of the National Széchényi Library (an interior evoking the early 1970s). It featured relics (including his tipi), photos, videos, records, books, manuscripts, drawings, and paintings, accompanied by concerts played by his former fellow musicians.

The diversity and the overwhelming quantity of the material presented demonstrated the dimensions of the collecting process: this was the first time that the general audience was given some insight into the collection. The arrangement by genre signaled the early phase of the research, at the time only offering the promise of analysis-oriented, contextualising exhibitions.