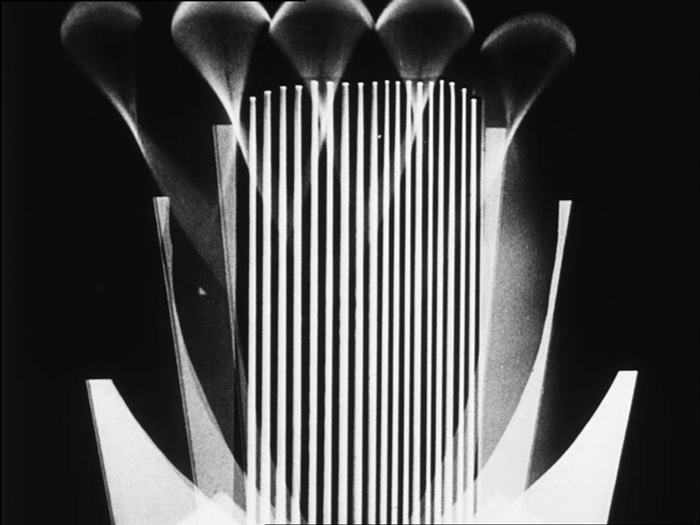 This music-optical experiment is a sort of a proto-video clip.

The black and white visualisations resemble an archaic arcade game played on a hulking machine, only to switch to surrealistic photomontage, which passes on to automatically generated abstract animation However the film, recorded with use of a 35 mm celluloid stock, was created in 1944 in the UK, where Agnieszka and Stefan Themerson emigrated during the World War II.

The soundtrack comprises four songs by Karol Szymanowski, performed in English. What we see in the screen is the interpretation of the songs. Each one is briefly introduced by a speaker who explains the method used to connect the sound with the images.

Some of them are metaphorical images inspired by the lyrics of the songs, some form an analysis of the components of the songs, with different images assigned to different groups of instruments, e.g. one instrument is represented with a simple geometric figure, which fluctuates depending on the tone.

The artists analyse “the manners of transposing sound into image and vice versa, in a pursuit of finding such a method of combining the two that would not lead to a mere mutual illustration, but could ensure coherence of types of content hailing from each medium.”