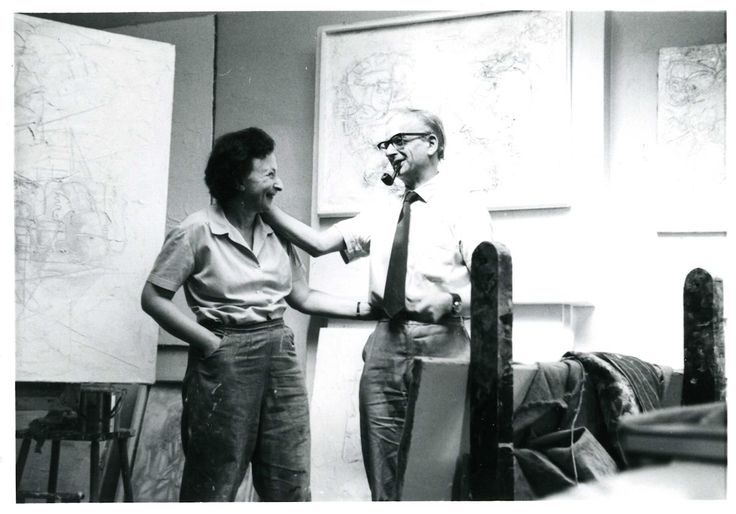 Stefan, born in 1910 in Płock, died in 1988 in London.
Writer, philosopher, composer, poet, and author of avant-garde, experimental films.
He studied physics and architecture in Warsaw.
Franciszka, born in 1907 in Warsaw, died in 1988 in London.
Illustrator, painter, scenographer, film producer. She studied at the Music Academy and the Academy of Fine Arts in Warsaw.
They were a married couple. Together they produced the 1930 Apteka (Pharmacy) film, 1932 Europa, and the 1938 Przygoda człowieka poczciwego (The Adventure of a Good Citizen).
Together they founded the Spółdzielnia Autorów Filmowych (Film Authors Cooperative) and published f.a. (as in art film) journal.
In exile they started collaboration with the Film Department of the Ministry of Information and Documentation of the Polish Government in London, which allowed them to shoot The Eye and the Ear and Calling Mr Smith (1943-1944).
In 1948 they founded the Gaberbocchus Press, an independent publishing house, which they managed until 1979.