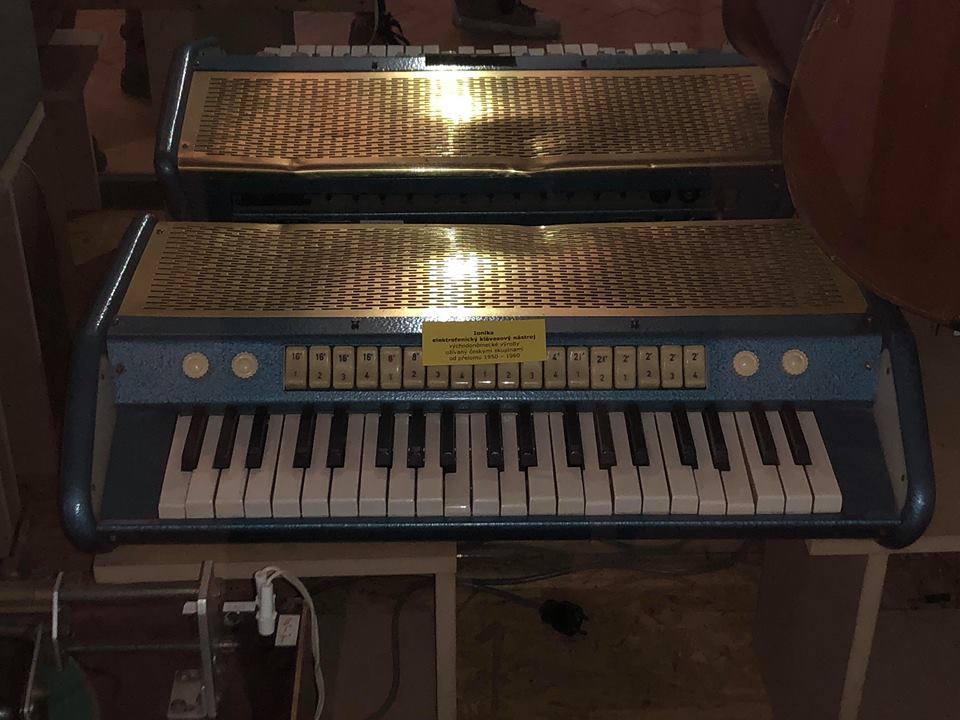 An item from the Popmuseum’s collection is an Ionika keyboard which was produced in the GDR between 1958 and 1965. It was likely the first instrument of its kind made in the Eastern Block. The instrument, among the Czechs and Slovaks, known as “jonika”, was used by a wide range of bands in Czechoslovakia in the 1960s. One of the bands that used this instrument in the first half of the 1960s was, for example, Kometa, one of the first rock’n’roll, twist and big beat bands in the Czechoslovakia. It is said that the instrument often overheated during concerts, thus it was necessary to tune it before every performance. There were not many “jonikas” left after the arrival of better instruments. This is why the Ionika in the Popmuseum’s collection can be seen as rare and it is a unique example related to the roots of rock music in Czechoslovakia.