'The Construction', by Heiner Müller 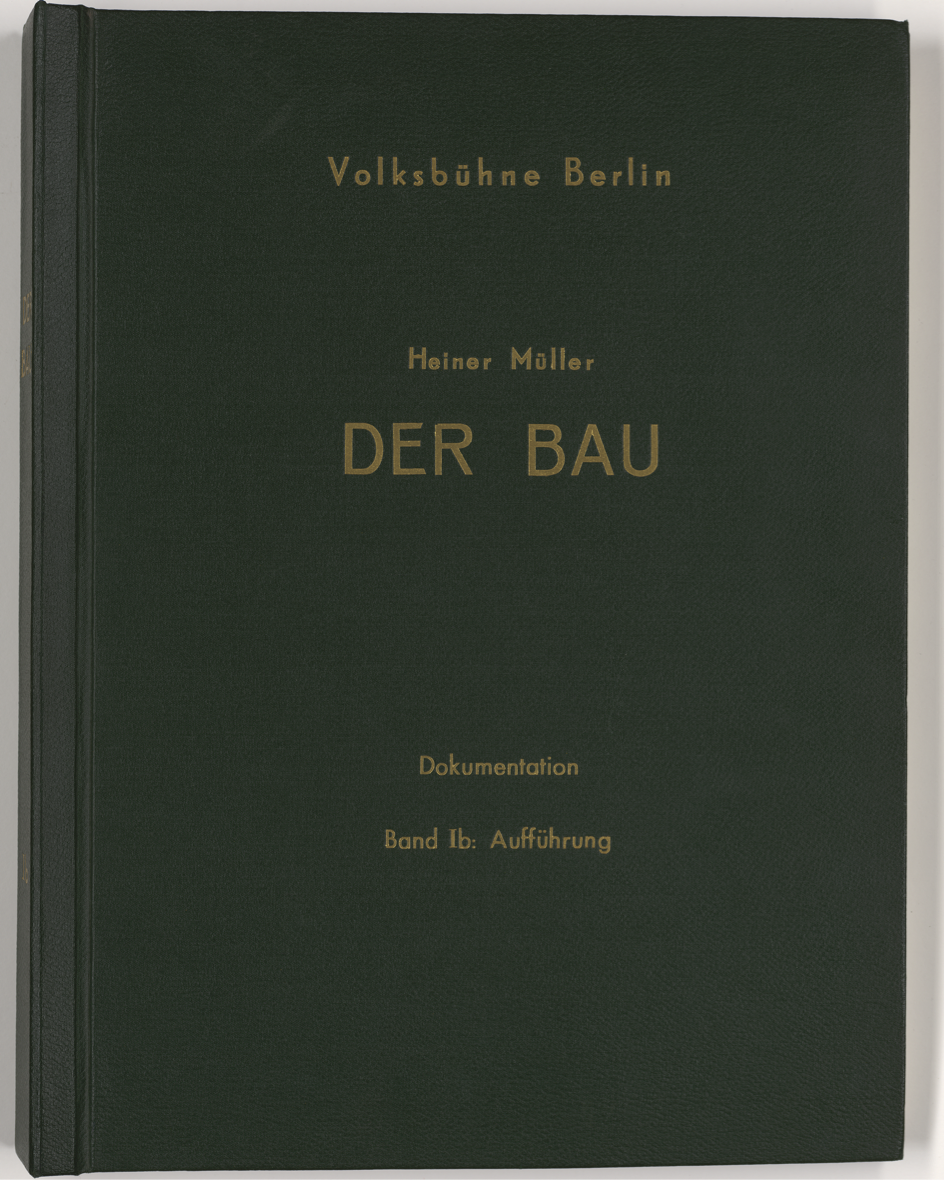 During the 1960s, the SED (the communist party in power in East Germany) regime engaged in covering the gap of contemporary socialist theatre performance on GDR stages. Consequently, in 1963 the German Theatre (Deutscher Theater) in Berlin commissioned Heiner Müller to stage the novel Spur der Steine by Erik Neutsch. Müller’s critical adaptation of the novel as Der Bau (The Construction), which departed significantly from the original novel, was met by fierce criticism from the SED. Following seven revisions of the play, Müller was still unable to stage his work. It was only in September 1980 when the adaptation found significant success with the Volksbühne Theater in Berlin under the guidance of director Fritz Marquardt. However, censors forced the creators to change the play’s title and the names of the characters.

The controversy around the performance was linked to the play’s subtle critique of the GDR shown as detached from reality, dominated by a rigid bureaucracy, with citizens alienated by socialism, and the overemphasising of ‘development’ and ‘modernisation’. The play was greeted with praise by audiences, although the East and West German media reacted differently. West German press generally responded that the themes touched on in the play should have discussed years earlier, whereas the GDR press thought that the delay from real events was appropriate, such as discussion around the erection of the Berlin Wall in 1961. The subtle staging of the political event, such as the construction of the Berlin Wall, created space for debate within the play’s audience. The play was staged twenty-nine times within a year of the opening night, and further performances were organised throughout the GDR. However, the fall of the GDR also meant the end for the play, which was staged only another two times, and only alongside other plays of Heiner Müller.

Currently, documents related to the play are preserved as part of the Theatre Performance Documentation collection of the Archives of Performing Arts of the Academy of Arts in Berlin.