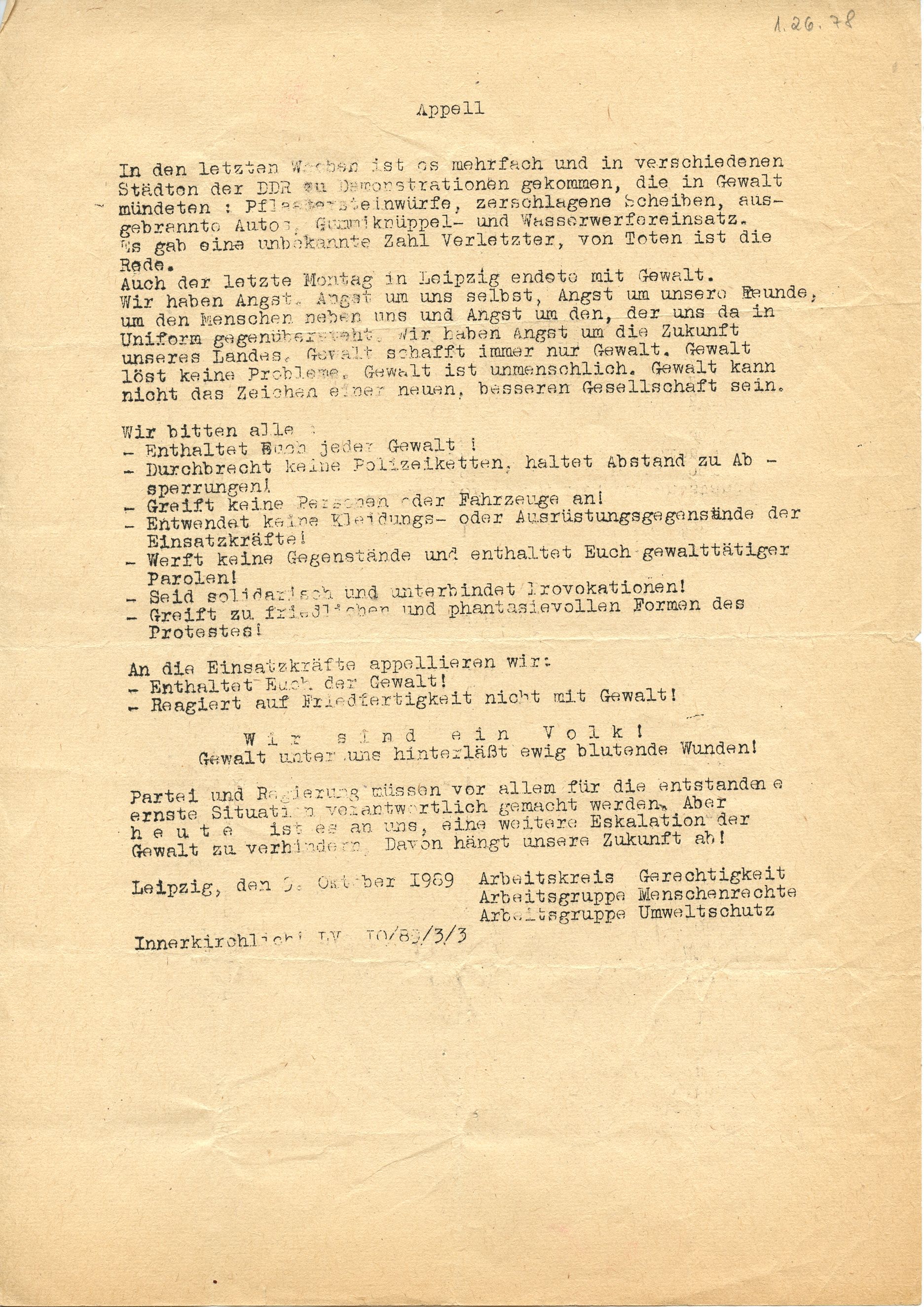 The prayers for peace in the Leipzig Nicholas Church parish in September 1989 ultimately started the so-called Monday Demonstrations for a democratic renewal in the GDR, which swiftly spread across the entire Republic and after a short period, led the regime to implode.

The events of 9 October marked a turning point. Following demonstrations on 7 October during celebrations of the 40th anniversary of the founding of the GDR, many rightfully feared that security forces would resort to violence. The trauma associated with the military subjugation of the Chinese Democracy movement on Tiananmen Square at the beginning of June that year remained fresh for many.

Members of three basis groups in Leipzig (the Working Groups on Environmental Protection, Human Rights, and Justice) formulated, printed and distributed 25-30,000 appeals for non-violence during the day. They addressed their appeal to both sides and declared a peaceful and creative form of protest to be desirous. Finally, on 9 October 1989 nearly 70,000 individuals appeared at the Monday Demonstration, which remained peaceful. Two weeks later, the number of participants had grown to nearly 300,000.