Zoran Đinđić Personal Collection at the Archives of Serbia 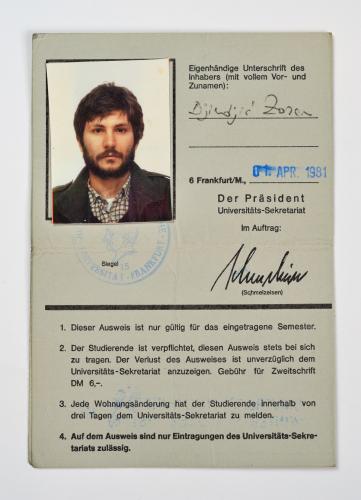 This is the collection of the prominent Yugoslav intellectual and dissident, Zoran Đinđić. During the seventies, Đinđić was active in the Student Union of the Faculty of Philosophy and in informal groups of the radical left. He left Yugoslavia in 1977 and returned at the beginning of the 1990s, becoming one of the most important leaders of the opposition movement after the state’s disintegration. From 2001 to 2003, he served as prime minister of Serbia. The largest part of the collection is focused on the period after 1990, thanks to his active political engagement, while a smaller part covers his dissident activities during the socialist era.