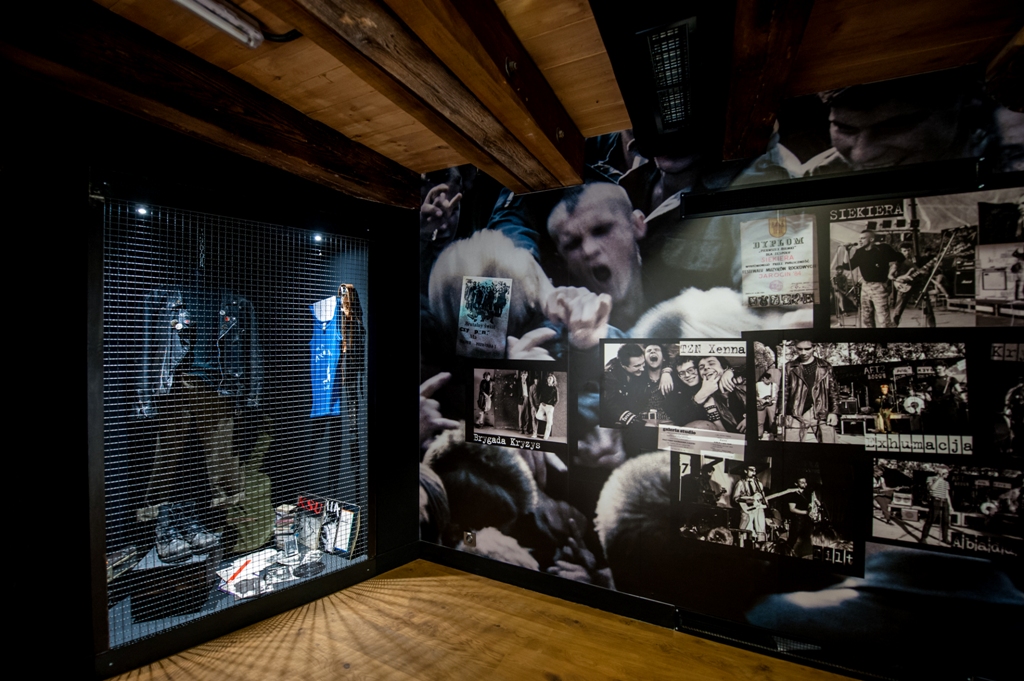 The punk “uniform” was an indispensable element of any image of the Rock Musicians’ Festival in Jarocin. In fact, in 1980s this venue became the most important event for punk and new wave music, even though punks were visibly less numerous than the dominating metal music fans. Still, the colourful and extravagant style and way of being of punks made them an iconic element of the festival.

Although, supposedly the primary punk rule is no rules at all, and nonconformist attitude obliges punks to break any conventions and customs, in practice as early as mid 1980s the punk style in Poland has become highly conventional. Its elements included chucks or heavy boots – due to the lack of access to the preferred bovver boots these could be the so-called “rumuny” (lit. romanians), i.e. Romanian army boots – denim trousers often with torn or rolled-up legs or dyed with vivid colours, leather jackets with painted slogans or band names, badges, pins, and finally the characteristic hairstyles: mohawks and teased hair in striking hues. Particular parts of the apparel are on display in the section dedicated to punk music, which is an element of the permanent exhibition at the Polish Rock Granary.