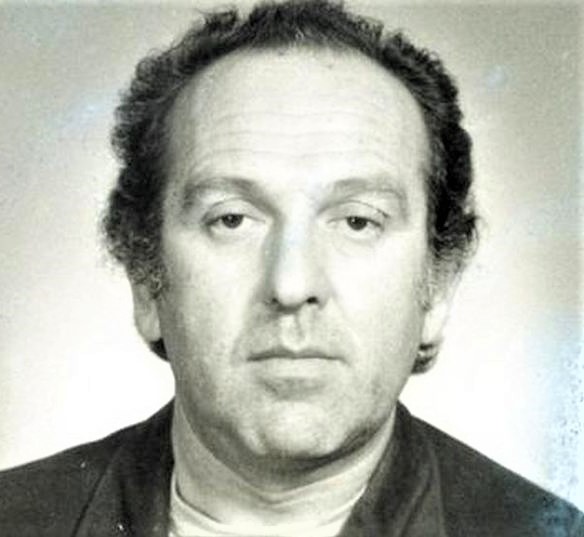 Gheorghe Ursu (1926–1985) was an engineer with literary ambitions who kept a secret diary with critical comments for which he was arrested and beaten to death while imprisoned. In Romania, he is a symbol of the brutalities committed under the Ceaușescu regime, while his missing diary is an epitome of the mystery that surrounds the disappearance of certain items from the Securitate archives during the Revolution of 1989 and the first post-communist decade, until the transfer of the archives to CNSAS.

An anti-fascist militant during the war, Gheorghe Ursu turned to the communist youth movement in the aftermath of the Second World War out of genuine leftist convictions. However, he became quickly disillusioned with the Party, from which he was expelled in 1950. A civil engineer by training, Ursu was also a person interested in culture, in particular in the avant-garde. He even published a volume of poetry, with the foreword by a reputed poetess, Nina Cassian. His most important writing was his diary, which was obviously not intended for publication, but kept in secret. This diary included critical comments on Nicolae Ceaușescu’s aberrant decisions, especially regarding those Ursu could observe in his professional field. In his capacity as civil engineer involved in the consolidation of Bucharest buildings in the aftermath of the 1977 earthquake, he understood that the imposition of political decisions upon professionals, in particular savings at the expense of building standards, could lead to disastrous results amounting to the loss of human lives. He even sent a letter to Radio Free Europe in protest at Ceaușescu’s construction policies. Eventually, his critical private diary was confiscated by the Securitate following his denunciation by some workplace colleagues. This event triggered Ursu’s arrest and subsequent death in prison in 1985, as a result of the beatings he had to endure from a cellmate.

Gheorghe Ursu was not involved directly in the making of this collection, which is the creation of the Securitate. However, he is worth mentioning here because of the disappearance of his diary, which was confiscated from him by the secret police and probably included in this collection aside the other materials taken from him which still exist in the inventory of the items transferred to CNSAS. Before his death, Gheorghe Ursu was not known as an open critic of the communist regime, but the criticism he formulated in his secret diary triggered his imprisonment and subsequent death, which transformed him into a victim of human rights violations under Ceaușescu. His dramatic case was rather singular, but it had a huge echo among Romanians, mostly due to RFE and other Western broadcasting agencies, and prevented many others in the late 1980s from criticising the Romanian communist regime.  After 1989, Ursu’s diary became a subject of public interest. A few fragments came to be published in 1990 in the weekly magazine Revista 22, which a group of prominent intellectuals founded as a platform of social dialogue. Later, however, this 811-page-long diary, which had ultimately led to Ursu’s death, disappeared without trace before the transfer of the Securitate archive to the National Council for the Study of the Securitate Archives (CNSAS). The CNSAS collection of manuscripts confiscated by the Securitate includes two pre-communist books under the name of Gheorghe Ursu, but not his diary, which continues to be a subject of great public interest. One should note that the individual responsible for beating him to death and the Militia officers in charge of his case, which at that time was treated as an ordinary criminal case in order to disguise its political significance, were put on trial and condemned in post-communism. Moreover, in August 2016, the former head of the Securitate, another former communist dignitary and two former high-ranking Securitate employees were put on trial for crimes against humanity in connection with the Ursu case.