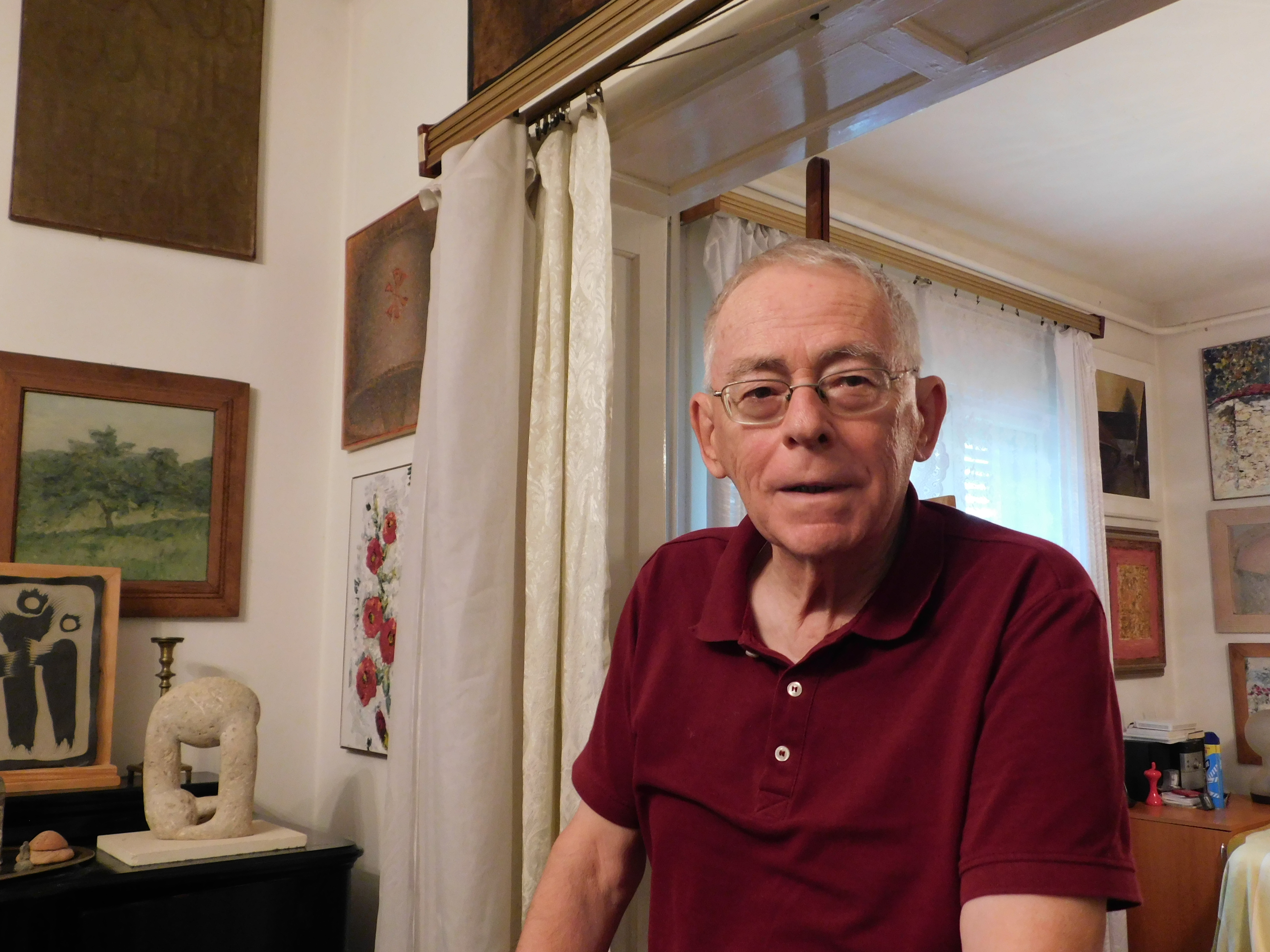 Sorin Costina (b. 10 January 1942, Brad, Hunedoara county) is a doctor and an art collector. About the place where he was born, he says that it had no tradition in the field of the visual arts: “Consequently, my instruction [in visual art] when I left high school equalled zero.” His father was a doctor, and his mother the daughter of a priest. In fact at one time his grandfather was Metropolitan of Moldavia. He saw his first museums and galleries in Bucharest when he was twelve. Later, in Iaşi, where he studied in the Faculty of Medicine (1959–1965), he was a frequent visitor to the city art gallery. It was there that he saw his first exhibitions: a retrospective of the expressionist painter Ion Ţuculescu and an exhibition of British abstract painting.” At the level of my knowledge at the time, I confess that I understood nothing,” says Sorin Costina. It was in Iaşi that he met his future wife, and together they moved to Brad when they finished their studies. “Having got used in Iaşi to going to the theatre, we found a solution: we would go to Bucharest two or three times a year to see as many plays as possible. I went into exhibitions rooms and museums. I felt ‘handicapped’ in this field.” On one of these annual pilgrimages to Bucharest, Sorin Costina discovered in a second-hand bookshop the four volumes of the history of art written by George Oprescu. “They became my favourite books that year.” In 1969, he made his first acquisitions, and from 1972 he regularly bought works of visual art, and at the same time became very close to the world of the creators of these works.

He practised general surgery in his native town for forty-nine years. He is now a pensioner and the owner of the most consistent and representative collection of Romanian art of the 1970s to 1990s. “I’ve been a surgeon all my life, in little provincial town forgotten by the world, in a poor area of the Land of the Moţi [in the Apuseni mountains]. My collection was made out of my poverty and the poverty of the artists. Certainly such a thing is no longer possible today. My collection was my means of intellectual survival in those dark years,” says Sorin Costina, speaking about himself and about his passion.