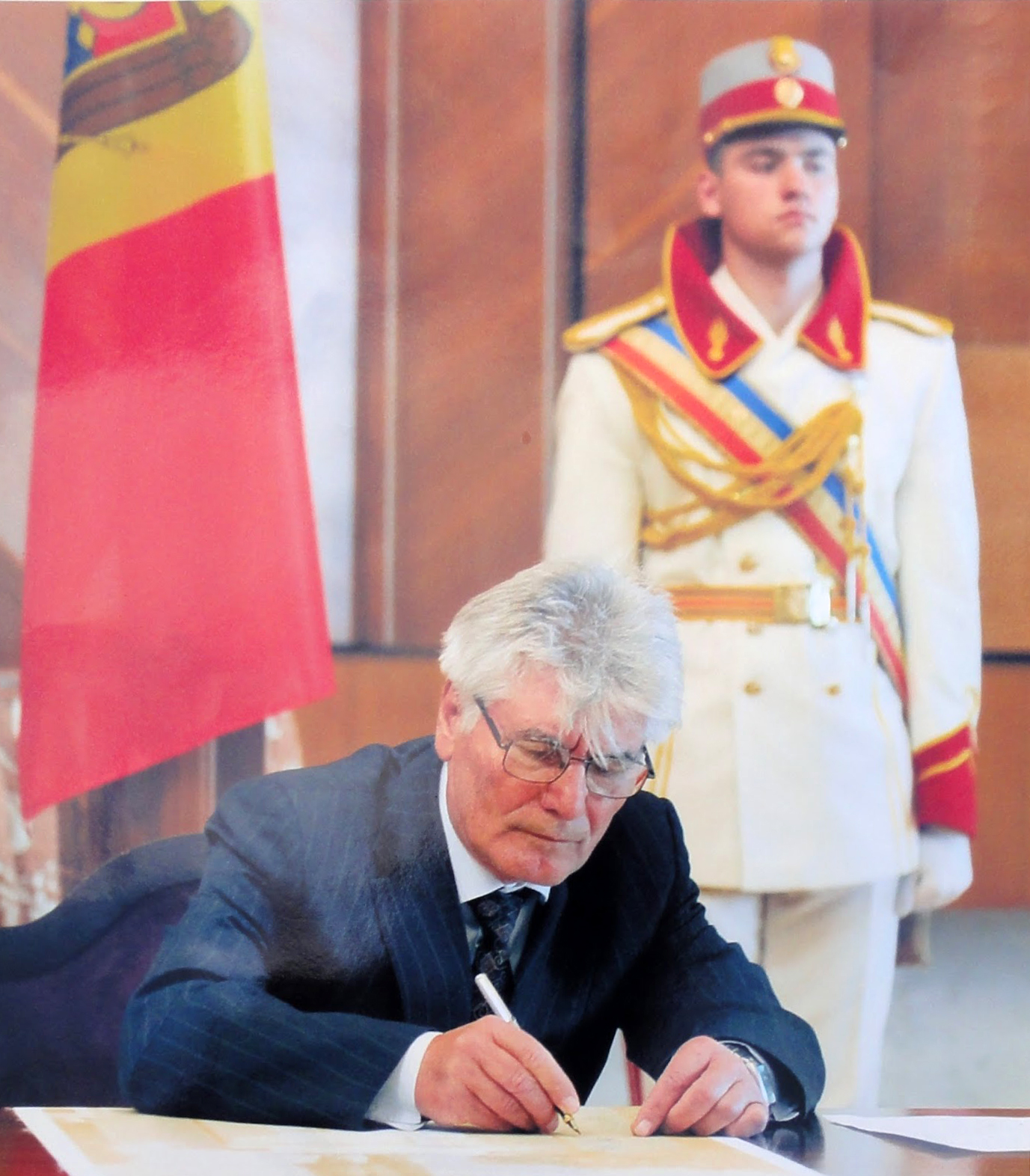 Ion Negură (b. 1943, Bocani, Fălești district, Republic of Moldova) is a Moldovan intellectual, a psychologist by training and a professor in the Department of Psychology of Ion Creangă State Pedagogical University in Chișinău, who displayed a critical attitude towards the communist regime and was involved in informal cultural practices during the Soviet period. He originates from Northern Bessarabia (currently Fălești raion, formerly Bălți district). According to his own later testimony, during his school years he was a “model Soviet man,” loyal to the authorities and hostile to the “enemy elements” vilified by the regime. However, this perceived belonging to the Soviet model, cultivated by the school system, came into contradiction with the traditional family ethos, dating from pre-Soviet times. The values that dominated this traditional world-view (private property, religious faith, Romanian language and culture) were condemned and marginalised by the Soviet authorities. This contradictory identity structured many of Ion Negură’s life choices. His passion for reading provided an early outlet and a link to the modern world, stimulating his aspiration for upward social mobility. This opposition between private and public space determined his oscillation between two parallel – and frequently diverging – systems of values and social norms, similarly to the cases of his fellow intellectuals. After his graduation from secondary school, he studied at the Pedagogical Faculty of the University of Bălți. At this institution, he met his first intellectual role models (a number of distinguished professors) and questioned certain features of the Soviet regime. For example, during a seminar in linguistics, Negură suddenly had a “revelation” about the “lies” of the regime concerning the existence of the “Moldavian” language. He realised that it was, in fact, identical to Romanian, according to linguistic criteria. This discovery created the first serious gap in his perception of official ideology. From then on, all the officially proclaimed “truths” had to be carefully weighed and analysed. Increasingly, an alternative ideology of “Moldavian” (and later Romanian) nationalism began to influence his world view. This nationalist outlook was directly opposed to the official version of “Soviet patriotism.” During his first student years (1961–63), Negură read extensively, mainly interwar Romanian literature (novelists such as Camil Petrescu, Mihail Sadoveanu, and Liviu Rebreanu). He acquired such books from the Drujba (Friendship) bookshop in Bălţi, which was part of a network dedicated to the distribution of literature published in other socialist countries.  After a three-year stint of military service (1963–66), Negură resumed his studies and reconnected to his former professors and colleagues. In this period, he also built new friendships, which focused on literary interests. This interest was displayed not only in private discussions, but also at the meetings of a student literary circle called Luminița (The Little Light). Beyond literary pursuits and friendly discussions, the circle became a seminal milieu for the circulation of certain “patriotic,” nationally oriented messages. This kind of local Moldavian “nationalism” was frowned upon by the Soviet authorities. The circle’s activities were closely monitored, and it was closed down by the Soviet security organs, who organised a set-up in order to discredit it. This case marked Negură’s further disillusionment with the regime.

After graduation in 1968, Negură worked for several years as a school teacher and then as head teacher of the school in his native village. In the early 1970s he began his career as a junior researcher at a pedagogical institute in Chișinău, and then went for doctoral studies at the Moscow State University, finally returning to Moldova to pursue a research career at the Institute for Continuous Training. After three years spent as a PhD candidate in the relatively liberal and “cosmopolitan” university atmosphere in Moscow, he perceived his return to Chișinău in 1976 as a sort of “voluntary exile.” As a compensatory strategy, Negură formed a circle of like-minded “patriotic” friends. These friends were part of a new generation of intellectuals, a kind of “nouvelle vague” (new wave), as Negură himself calls them, making use of the denomination which the famous postwar generation of French innovative directors once assumed. In Negură‘s view, this kind of friendship was “important and substantial,” because it favoured his own moral and intellectual “growth”: “I learned something new from everyone.” These informal friendly meetings, increasingly frequent in the late 1970s and 1980s, featured lively discussions, recitations of Romanian poetry, and patriotic songs. For Negură and his colleagues, they were an “expression of freedom,” a form of coping with and adapting to a system they found stifling and oppressive. The informal meetings of this intellectual circle seem, however, to have been a form of cultural opposition that the communist regime tolerated but discouraged. Although Negură’s career was generally successful, two setbacks confirmed his apprehensions about the regime. First, in 1983, he was denied a well-deserved promotion at his institution (for political reasons, as he found out later). Several years later, his party membership bid, which he did not perceive to be  in contradiction with his intellectual views, was rejected because he was deemed “not loyal enough.” This clearly showed the limits of the Soviet version of upward social mobility and the ambiguous position of Moldovan intellectuals. Once the national movement emerged in 1988, Negură actively took part in this literary-patriotic revival and made speeches about the national language and the Latin alphabet in front of his target audience, mostly consisting of schoolteachers coming to specialised training courses at his Institute.  He became an active and enthusiastic supporter of the radical political demands voiced by the opposition to the communist regime in 1989. In this context, the activists of the Moldovan Popular Front, appreciating Negură’s patriotic credentials and his non-involvement in the party nomenklatura, nominated him as a candidate for the elections to the Moldavian Supreme Soviet. In February 1990, Ion Negură became a member of Moldova’s first democratically elected Parliament. After his term expired in 1994, he left politics and reverted to his teaching career, which he saw as more significant than any form of direct political involvement.

Yurchak, Alexei. 2006. Everything Was Forever, Until It Was No More: The Last Soviet Generation. Princeton: Princeton University Press, 126-157.