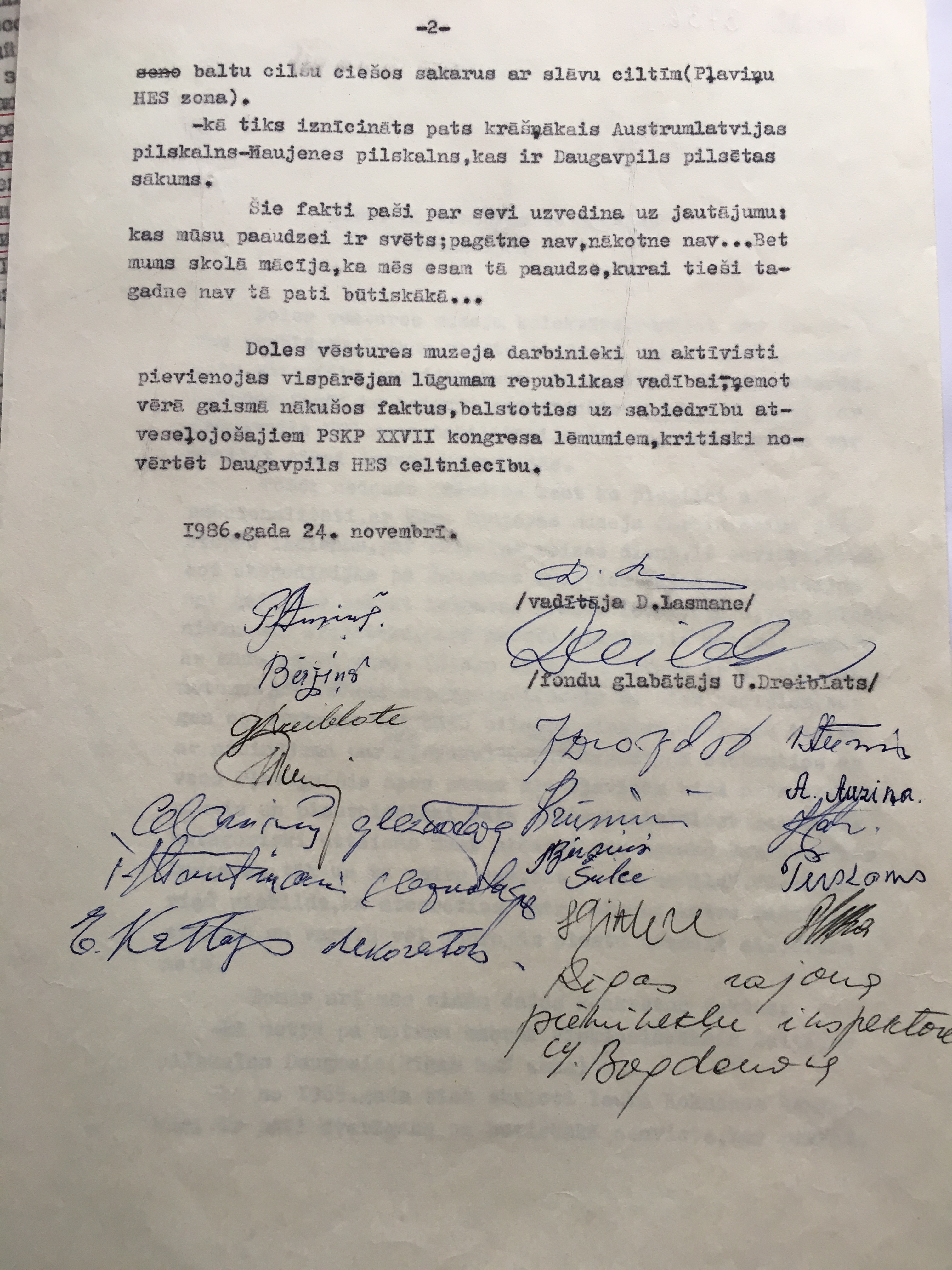 Staff and activists from the Museum of the River Daugava (then the Dole History Museum) were actively involved in the protest campaign against the construction of the Daugavpils hydroelectric station. Collective and individual letters of protest were sent, mainly to the editorial office of the Literatūra un Māksla (Literature and Arts) weekly, which published the article by Dainis Īvāns and Arturs Snips. The Dole History Museum also addressed a letter to this weekly. Signed on 24 November 1986, the letter consists of two pages. It mentions the damage to historic monuments by the construction of the Pļaviņas and Riga hydroelectric stations, and points to the expected damage that would be done by the Daugavpils hydroelectric station.