'Knights of the Rounde Table', by Christoph Hein 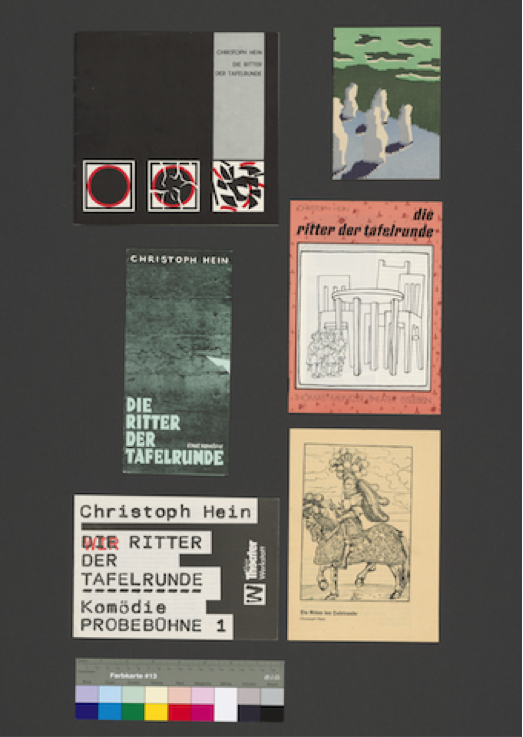 The 'Knights of the Rounde Table' is an anachronistic drama in three acts by Christoph Hein. The author noted that in this play, he did not want to stage GDR history but rather reinterpret anew something old. Hein sought to present a transformed version of the Round Table’s virtuous knights, who were now in a later stage of their lives and had realised that they had not lived up to their earlier ideals. The political connotation of the script could not be ignored, as it was clearly an allegory for the GDR’s political elites.

At first, most theatres declined to stage it, and it was only in 1988 that the theatre in Dresden showed interest to stage the play. Censors at the local level did not always share the same opinions of the central authorities, and the censors in Dresden disagreed with those in Berlin whether the play should be staged or not. However, despite the fact that the authorities in Berlin allowed the play to be staged, parts of the script were censored and performances were documented by the Stasi.

The play lost significance in the new political environment post-1989, and it was seldomly staged. The material preserved in the 'Theatre in‘der Wende’ collection held currently by the Archive of Performing Arts at the Academy of Arts in Berlin includes flyers, posters, and theatre programmes from various theatres where the play was eventually performed.