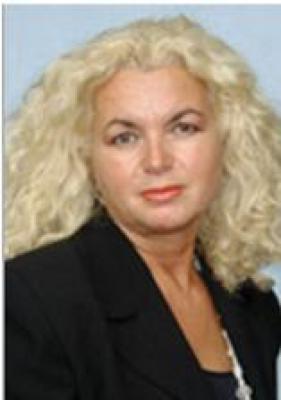 Sabile Keçmezi-Basha was born in 1954 in Koretin, a village of Dardana (Kamenica/Kosovska Kamenica). She was the first woman from Kosovo to graduate from the Faculty of Political Science of the University of Belgrade in 1977. She continued her postgraduate studies at the University of Pristina in the History Department, where she received her master's degree in 1980, and in 1984 she completed her doctorate studies. Sabile published a number of books, articles, reviews, and other manuscripts. She has attended various scientific gatherings in Kosovo and abroad. From 1978 until 2018, Keçmezi-Basha worked at the Kosovo History Institute. She is a member of the Presidency of the Association of Kosovo Writers.
From November 2001 until November 2004 Keçmezi-Basha was a member of parliament as part of the Democratic Party of Kosovo. Currently, Keçmezi-Basha studies Kosovo's contemporary history. She lives in Pristina and is a member of the European Academy of Arts, founded in 2002, in Luxembourg.