Poster „No More Vain Promises by the Neighbours” 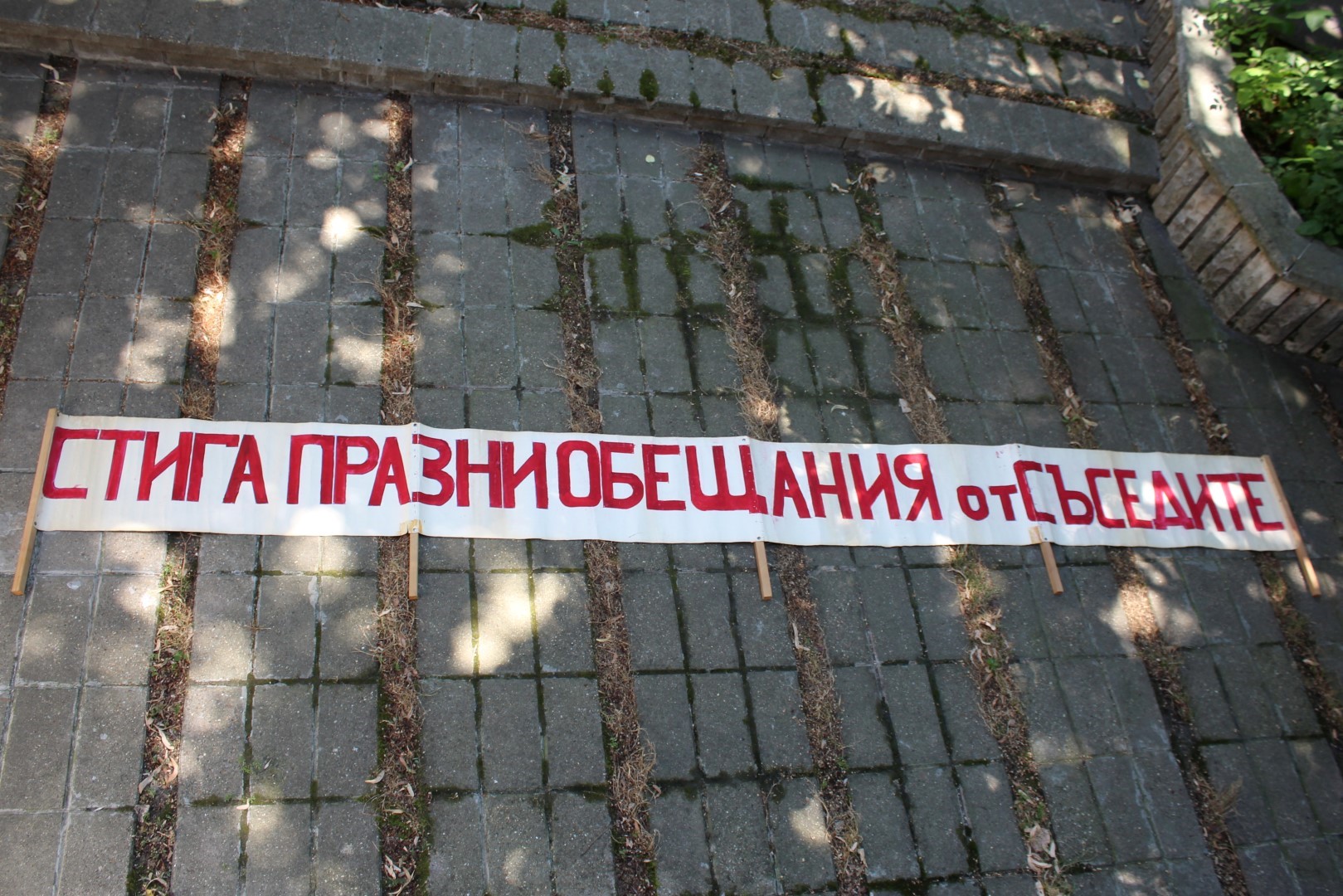 The poster is one of the first hand-made materials, used in the initial protest in the autumn of 1987. The protest actions at that time were cautious due to the possible regime response, and contained no explicit political statements or requests. Their main appeal was directed towards the resolution of the severe pollution problem. Requests were articulated towards the need of pressing the Romanian state for the closure of the “Verachim” Chemical Factory in Giurgiu.
The poster is a donation by Zlatko Elenski, participant in the protests and one of the creators of the poster, to the Rousse Regional Museum of History in 2014. He kept it until he heard the news in 2014 of the Rousse Museum’s participation in the international exhibition “Roads to 1989”, and decided to donate it to the museum.