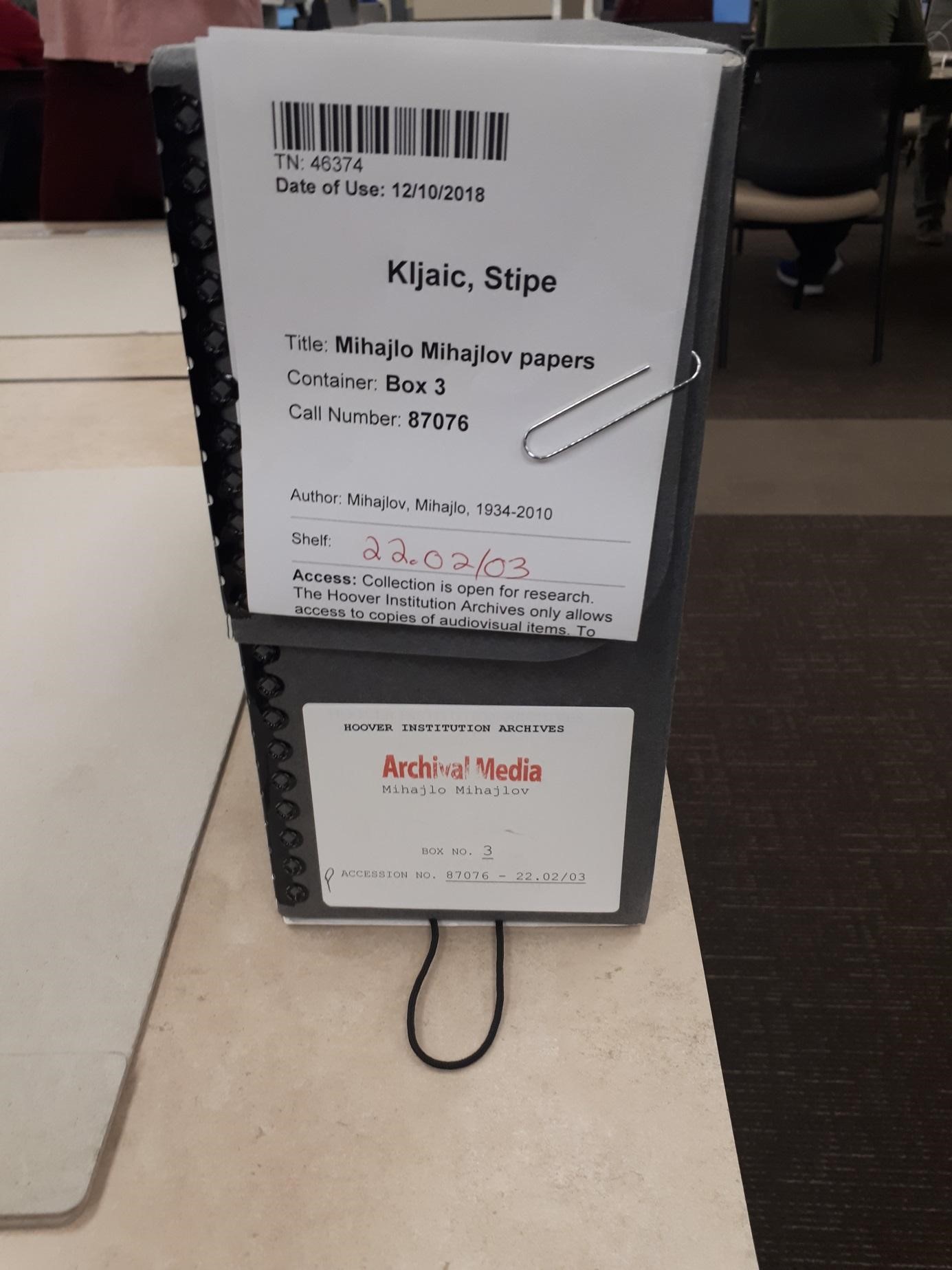 The Mihajlo Mihajlov collection gives an overview of his life and work as a Yugoslav dissident who lived in exile in the USA since 1978. Due to his efforts to democratize Tito's Yugoslavia and introduce political, economic and cultural pluralism, he became a political prisoner, first in the period from 1966 to 1970 and later from 1974 to 1977. After the “Mihajlov case” in Yugoslavia in 1966, a wave of dissident movements emerged in the Eastern bloc countries. Together with Milovan Đilas, Mihajlov became one of the most famous figures of the dissident movement in the Cold War world in general. The collection is stored at the Hoover Institution, located at Stanford University in the USA.