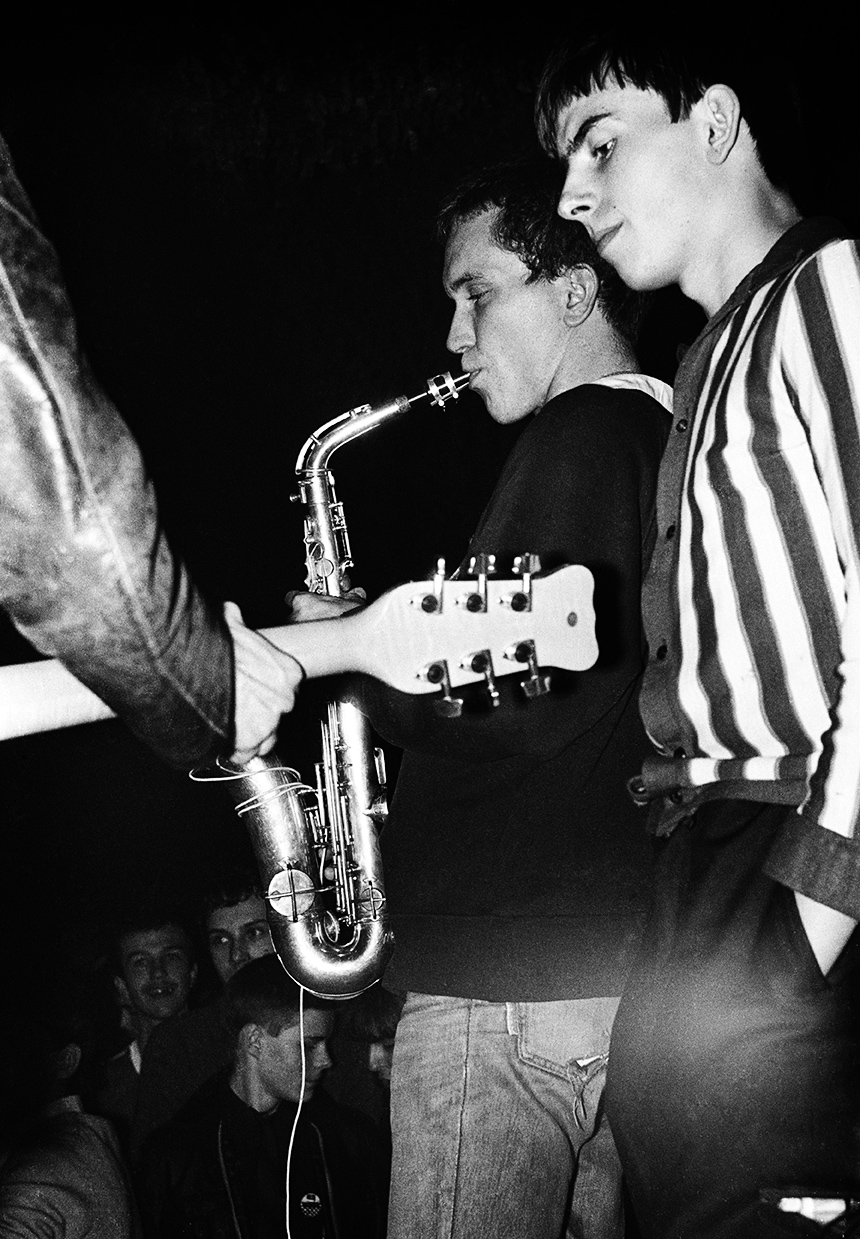 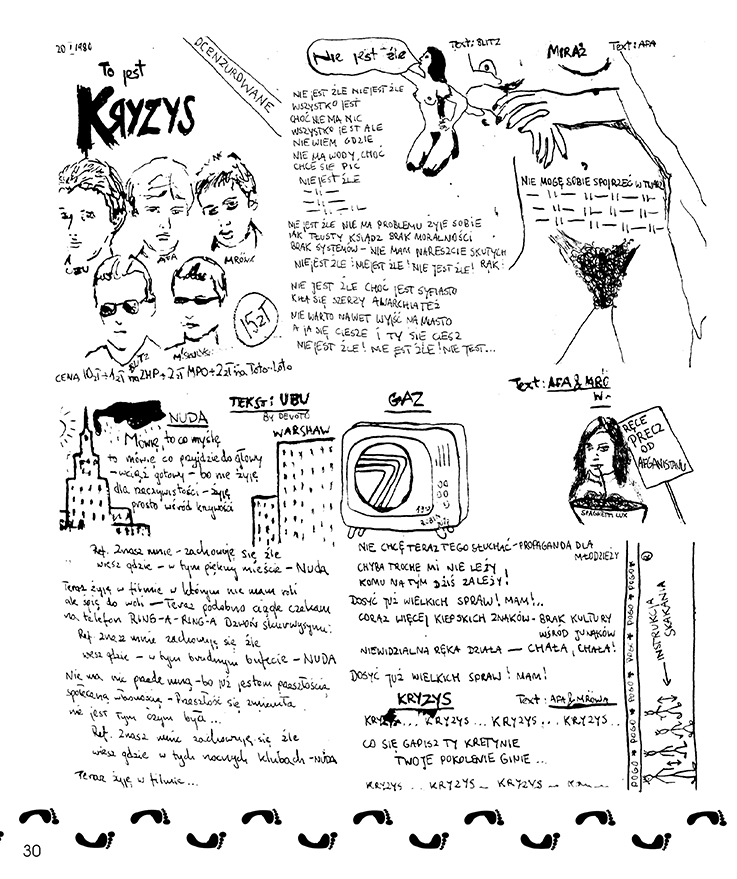 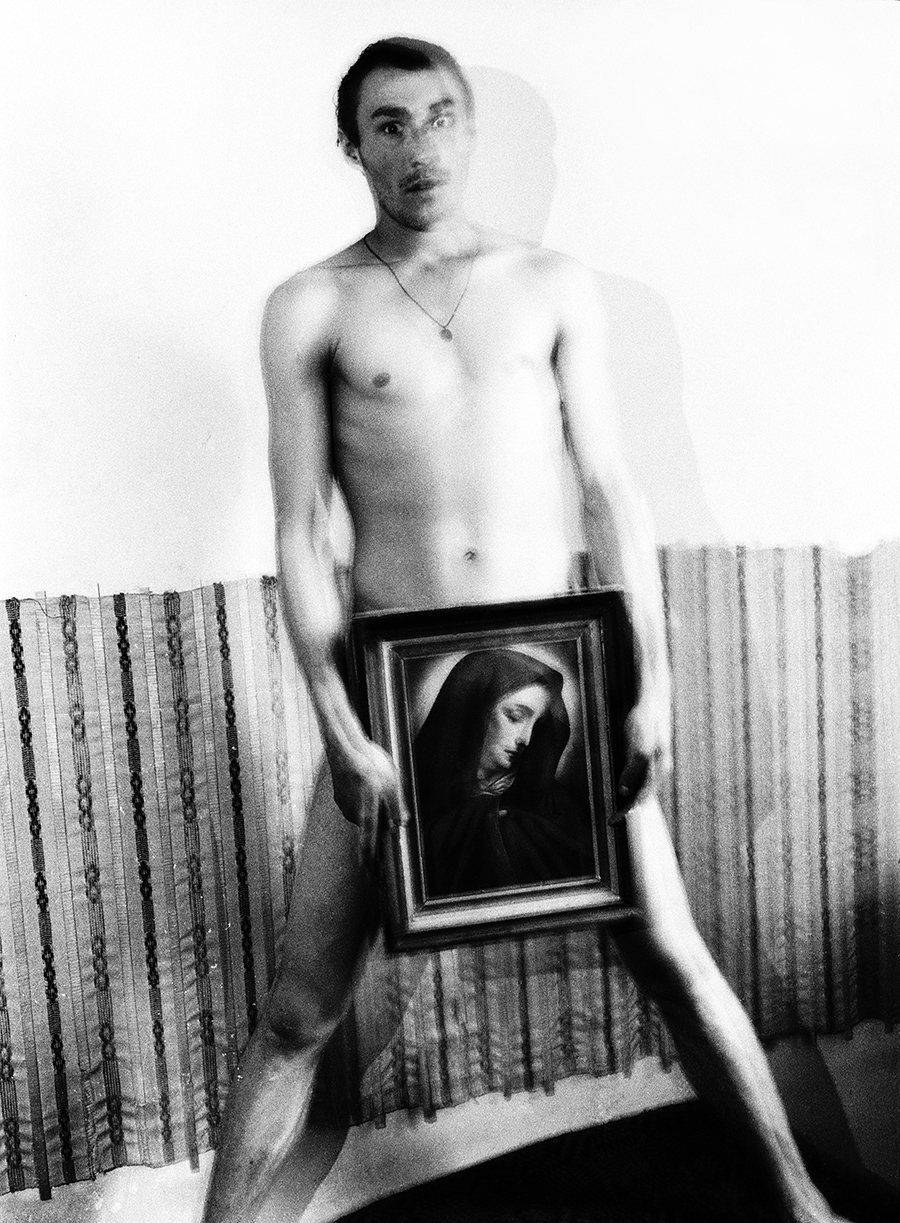 The Polski punk 1978-1982 album was the first of its kind and for many years was the only publication containing photographs, fragments of fanzines and leaflets, as well as comments of the most prominent figures of the first wave of punk in Poland, and especially in Warsaw. The 1.000 copies published independently by Anna Dąbrowska-Lyons in 1999 sold out quickly and soon became rara avis.

Polski punk contains fragments of such fanzines as PUNK, Post and Post Remont published by Henryk Gajewski, Zjadacz Radia and Papier Białych Wulkanów by Jacek “Luter” Lenartowicz, Kanał Review by Andrzej “Amok” Turczynowicz, Organ by Tomasz Hornung, Stefan “Mikes” Mikulski’s Szmata, as well as Radio Złote Kłosy by “Ada” Dąbrowska; it also contains leaflets and brochures dedicated to bands and punk and new wave music festivals. “Ada” is the author of the majority of the photographs in the album, although it also contains photos by Michał Wasążnik and Ilik Kuruliszwili. Finally, the album is complemented with clippings from official youth press, e.g. Na Przełaj and Itd.

In 2014 Dąbrowska-Lyons published a CD album under the same title (Polski punk 1978-1982) with archive recordings from the early 1980s of Białe Wulkany, Kryzys and Tilt bands, as well as Maciek Brunet and Walek Dzedzej; i.a from their performances at Remont and at the 1st Polish New Wave Festival in Kołobrzeg and the famous 1980 Titlt concert at Teatr Studio.

Dąbrowska-Lyons is planning to publish in 2018 a new edition of the album, which has earned a legendary status and is highly valued also thanks to its punky graphic design.