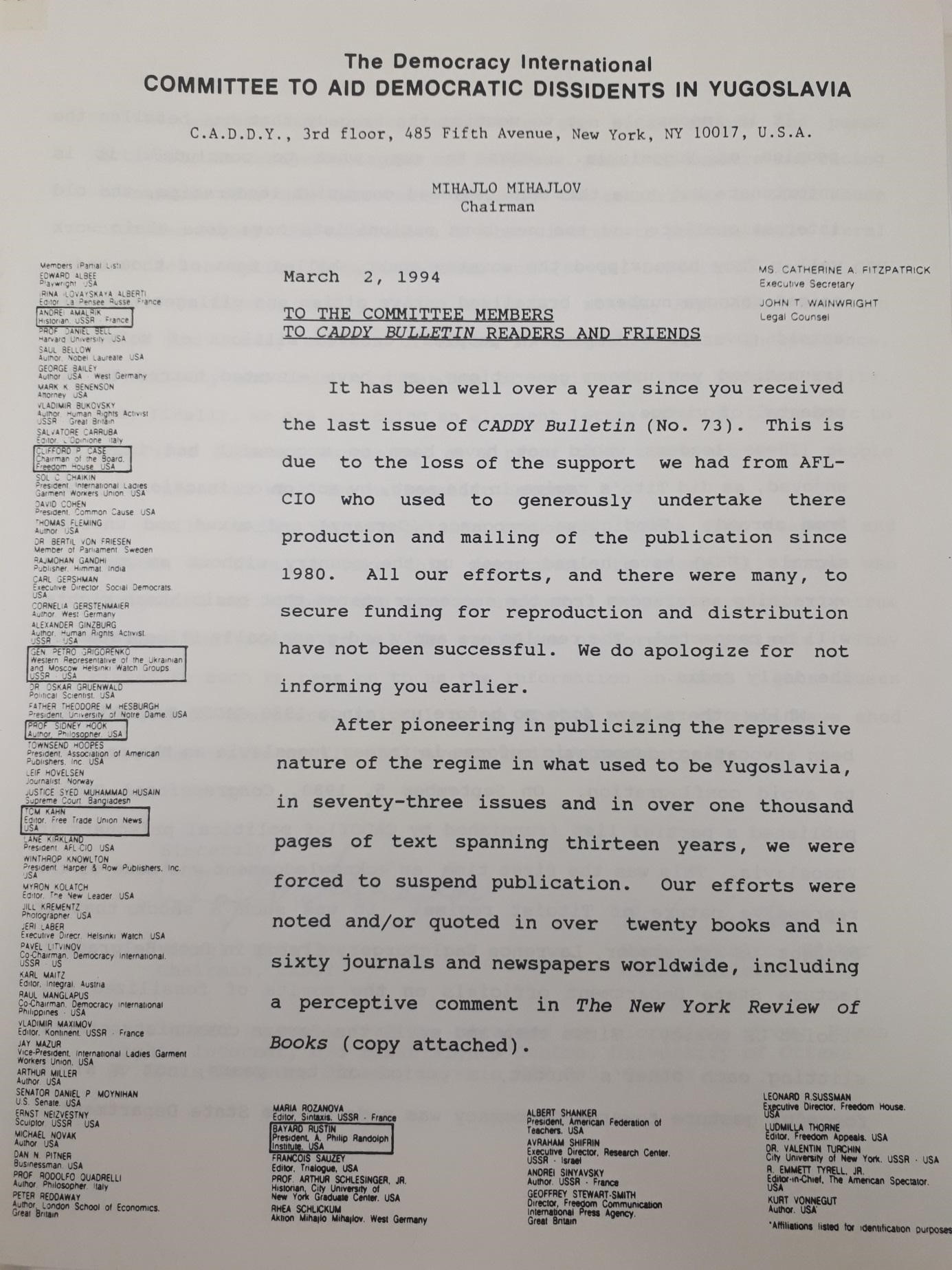 The last issue of the CADDY bulletin contained a recapitulation of the work of both the CADDY and the bulletin itself. Although the last issue appeared in November 1992, sometime later, at the beginning of March 1994, it was announced that the work of the CADDY had ended, which included the publication of the bulletin. This all happened against the backdrop of the definitive disintegration of the Yugoslav state and the war in its former territory. Such a turn of events signalled a defeat for the ideals championed by Mihajlo Mihajlov and Rusko Matulić as the main leaders of the project, who believed in the possibility of maintaining Yugoslavia in a democratized form.

Most likely, this epilogue forced Mihajlov and Matulić to forsake their work around the CADDY and the bulletin. On the other hand, there was no single-party dictatorship in the republics of the former Yugoslavia, and the public was no longer strictly controlled as it was in the preceding period. During the 1990s, the first multiparty elections were held in all of the Yugoslav republics. However, in his final message to readers, Mihajlov pointed out the pioneering role of the CADDY in informing the Western public about the status of political freedoms and human rights in Yugoslavia, and in presenting the fate of each dissident. He also stressed that CADDY was quoted in over 20 books and 60 magazines and newspapers throughout the Western world. (Rusko Matulic Papers, box 4).