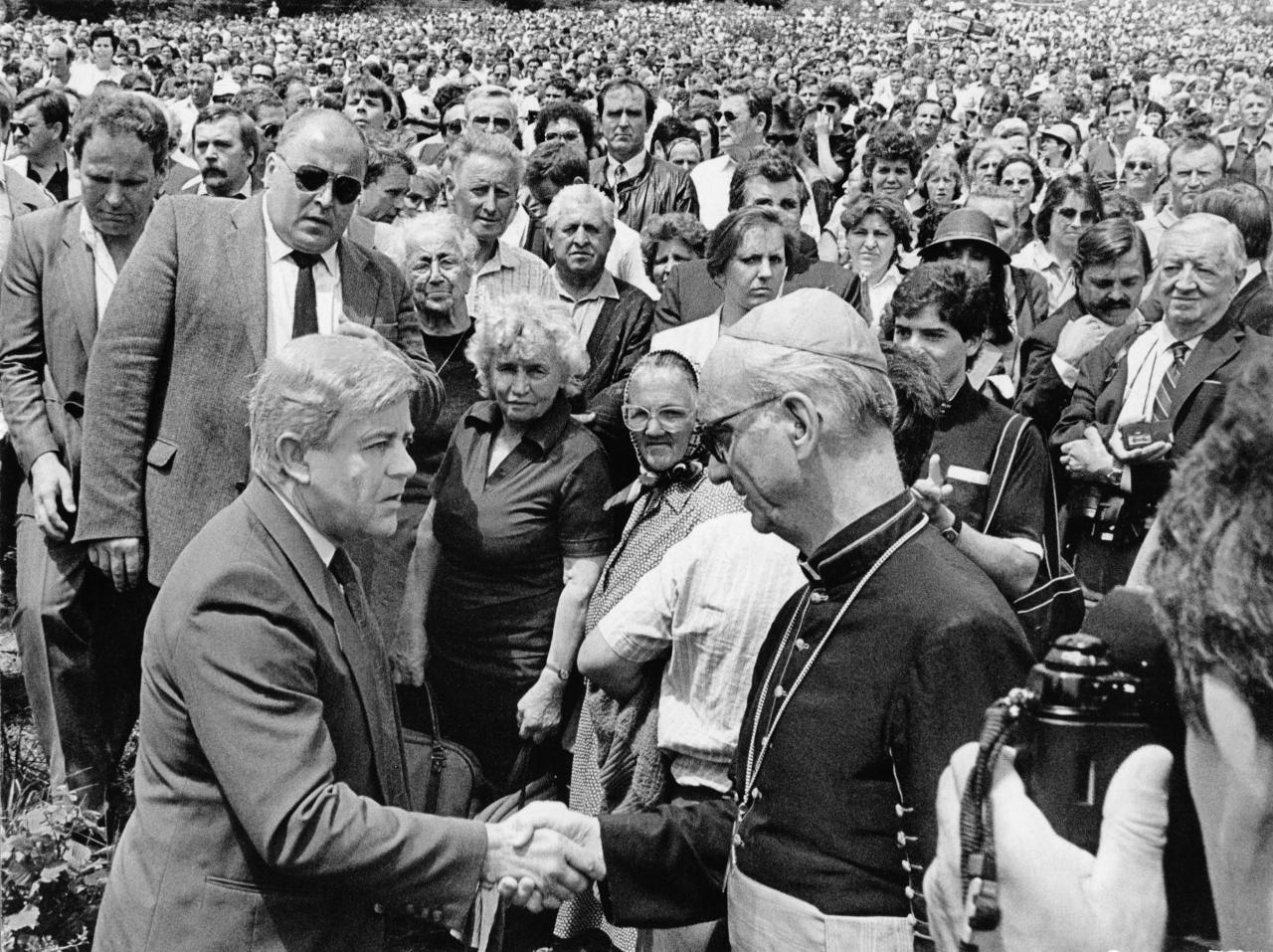 Alojzij Šuštar was a Slovenian cleric, the archbishop of Ljubljana. He was baptized at the parish church in Dobrnič. He finished elementary school in Trebnje (1927-1932). He completed secondary education at the Saint Stanislaus Seminary in Šentvid (1932-1940). He enrolled in the Faculty of Theology in Ljubljana in 1940. In the autumn of 1941 he was sent to study in Rome by Ljubljana Bishop Gregorij Rožman. While studying philosophy and theology in Rome, he resided at Collegium Germanicum et Hungaricum. In 1943 he earned his licentiate in philosophy. At the Pontifical Gregorian University in Rome in 1949 he defended the thesis “De caritate apud Joannem apostolum” to earn his doctorate of theology.

On October 27, 1946 he was ordained a priest in Rome, because the Yugoslav communist authorities would not allow him return to the country. During his studies in Rome, he went to Switzerland for health reasons, where he was appointed a chaplain in Sankt Moritz (1949-1951) by the bishop of Chur. Christian Caminada. In 1951 he became a professor of philosophy and religion at Kollegium Maria Hilf in Schwyz. He became a professor of moral theology in the seminary of Chur, Switzerland in 1963. In 1965, he became a Swiss citizen and thereafter he began to visit Slovenia. The bishop of Chur, Johannes Vonderach, appointed him his vicar in 1968 and in the same year he was appointed the first rector of the newly established Higher Theological School in Chur. In 1971 he became the secretary of the newly established Council of the Bishops' Conferences of Europe. In 1976 he was granted a Yugoslav passport.

He returned to Slovenia on 3 January 1977. Already on 17 January 1977, the archbishop of Ljubljana Jožef Pogačnik appointed Šuštar a canon of the Ljubljana Archdiocese. On 19 October 1977, he was appointed archdeacon of the Third Archdeaconate of the Ljubljana Archdiocese. In 1978, he started to teach at the Theological Faculty of Ljubljana. , He wrote a book, Prenova v Cerkvi (Renewal in the Church) for the Mohorjeva družba publishing house in Celje. Šuštar was appointed Archbishop of Ljubljana on 23 February 1980. His appointment surprised the communist regime, because he was not compromised in any way before the authorities. He was consecrated as archbishop of Ljubljana on 13 April 1980 with the participation of the Hungarian primate, Lászlo Cardinal Lékai of Esztergom, as well as 27 other bishops and 500 priests. In 1981, Archbishop Šustar was appointed to the Pontifical Council for Social Communications and, in 1983, to the Congregation for Catholic Education. His program was to continue with the renewal of the Church, encourage interest in evangelic values, confirm his words with everyday deeds and solve all open questions in open dialogue based on mutual respect.

On 16 March 1981, he suggested a nine-point dialogue to the State Commission on Relations with Religious Communities. By 1986, he was allowed to address the public over the radio for Christmas, which was immense progress for the Catholic Church. He was ecumenically active, especially with the Lutheran Church and the Serbian Orthodox Church. Šuštar visited Serbian Patriarch German in Belgrade in 1982. In 1983, he was active in setting up the Slovenian Regional Conference of Bishops within the framework of the Yugoslav Conference of Bishops. He was active in the national reconciliation process, starting with the Declaration of the Slovenian Bishops in March of 1990 and the initiation of the commemoration at Kočevski Rog in July 1990, and he continued with reconciliation initiatives. He supported the Slovenian independence process. During the Slovenian War of Independence, he appealed to all bishops’ conferences and Catholic organizations worldwide to recognize Slovenian independence. By 1993, he managed to restore the archdiocesan classics gymnasium. He retired in 1997 and died in 2007.