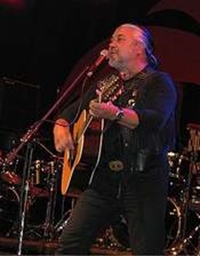 Nicolae (Nicu) Covaci is a famous Romanian composer, singer, guitarist, and painter and one of the founders of the rock band Phoenix, a well-known group in Romania. Born on 19 April 1947 in Timișoara, he was raised only by his mother, as his father was arrested by the communist authorities due to his political convictions. Despite economic difficulties, Covaci was tutored in French, English, and German and took private lessons of piano, violin, and guitar thanks to his mother’s efforts. His musical career started in 1961, when together with several others he founded the group called Sfinții (The Saints). In choosing the name of the band, they were inspired by the British TV series The Saint, which Romanian Television was broadcasting at that time (Stratone 2016, 62). The name was an implicit mockery of conformism, as the behaviour and outfits of the members of the group hardly respected the existing social norms. Because the Romanian authorities thought that the name had religious connotations, they pressured the band to change it. As a result, The Saints became Phoenix in 1962 (Covaci vol. 1 2014, 57, 75, 89).

The cultural opposition of Phoenix and implicitly of Nicu Covaci, was related to their musical activity. Due to isolation from the West, information about foreign music always reached Romania with some delay and mostly by way of informal and clandestine channels. Taking advantage of the limited liberalisation that characterised the beginning of Ceaușescu’s regime, Romanian youth tried to discover Western music and fashion, so they began to imitate the behaviour and outfits of their musical idols. In this respect, Timișoara, a multiethnic city located near the Western border, was more privileged than the rest of the country. Young people in Timișoara could tune their radios to the frequencies of foreign radio stations (especially Yugoslav ones) and British pirate radios broadcasting foreign music. At the same time, some of them had relatives in the Federal Republic of Germany from whom they received musical magazines such as Bravo, Musical Express, and Rolling Stone and the latest albums of the most popular artists of that time. Thus, Nicu Covaci and his friends began their musical career by singing covers of the latest hits and copying the dress styles of the artists presented in the pages of foreign magazines. Most important of all the Western influences that left traces on Phoenix during the 1960s was the hippy subculture. Its revolt against mainstream society and its social and political conventions, its quest for human closeness based on sincerity as opposed to the existing formalism, and finally the belief that world could be changed and that young people armed with love and the wish for peace could make that change possible also echoed in the minds of Romanian youth. They began to imitate the hippy fashion (flared trousers or tight pants, flowery shirts, a piece of textile tied over their foreheads to hold their long hair) and to question the existing order imposed on them by the regime and by the older generations. This was the context in which the members of Phoenix decided to write their own songs and to become the spokesmen of the younger generation’s rebellion against authority and lack of freedom. After winning a national musical contest for students, in 1968 Phoenix recorded their first EP, which contained two original songs, Vremuri (Times) and Canarul (Canary) composed by Nicu Covaci and another member of the band, Moni (Florin) Bordeianu. These tracks gave voice to the Romanian young people’s revolt against the communist regime that incriminated differences and failed to understand their need for freedom and personal experimentation. The first song Vremuri (Times) describes the rebellious stand and outfit of youth as just one among many nonconformist fashions that initially triggered the disapproval of the mainstream society but ended up by being accepted by it. In contrast, Canarul (Canary) tells the sad story of a bird that tries in vain to escape its silver cage and accepts its defeat by looking with sad eyes at an outside world that cannot hear its cry of despair. The allusion was to Romanian young people who were like the bird in the cage longing for their lost freedom, and whose failed escape attempts only left them the option of looking at the outside world beyond the Iron Curtain (Covaci vol. 1 2014, 83, 105, 127–131; Stratone 2016, 60–61). Another song heavily loaded with political meanings, which betrayed even more poignantly the revolt of younger generation against the communist regime, was Nebunul cu ochii închiși (The madman with his eyes closed) written by Bordeianu and Covaci in 1968 and included on the band’s second EP. The madman in the song could be interpreted as the Romanian communist leader, Nicolae Ceaușescu, who because of his privileged position (he is described as standing on a mountain and looking down at the world) became increasingly divorced from reality. Thus, his words spoken from the top of the mountain failed to inspire anything but indifference on the part of the population.

The so-called Theses of July 1971 officially put an end to the liberalisation process and stressed the need to improve the political and ideological education of all Romanian citizens. The arts, culture, and education were to play an essential role in this endeavour as they were to serve the political aims of the communist regime and to find their sources of inspiration in Romanian realities and traditions. In this context, Nicolae Covaci as the leader of the band Phoenix continued his cultural opposition towards the communist regime by using the means provided by it. He turned to authentic Romanian folklore and used it as a source of inspiration for the new compositions of the band. The result was a fusion between rock and folklore that observed the official cultural line but at the same time distinguished Phoenix’s music from other attempts to use folklore for political means. Consequently, the next three albums of the band were thematically inspired by traditional tales about outlaws, Gypsies, and mythical animals, and made Phoenix one of the best-selling bands in the country (Covaci vol. 1 2014, 237–267).

Despite their success, or maybe because of it, the members of Phoenix, and especially Nicu Covaci, were harassed by the secret police. After Covaci refused at a public meeting to become a member of the Romanian Communist Party, his harassment intensified. Moreover, the cultural authorities censored the public appearances of the band, as they were afraid of Phoenix’s growing popularity and that their nonconformist behaviour could become contagious among young people. As a result, Covaci applied for an exit visa as he had married a Dutch woman, and left the country in 1976. In the next year he returned to Timișoara and played with other members of Phoenix in a concert to raise funds for the victims of the earthquake of 4 March 1977, which had caused serious destruction in the southern part of Romania. Nicu Covaci then used his trip back home to help the rest of the band flee the country. Hidden in huge loudspeakers, they crossed one national border after another until they reached the Federal Republic of Germany, where Nicu Covaci hoped to resume the activity of the band. Unfortunately, disagreements among them led very quickly to the breakup of the group. After the fall of the communist regime, Nicu Covaci and Phoenix resumed activity in Romania, which continues to the present day (Covaci vol. 1 2014, 433-469; vol. 2, 15-165).