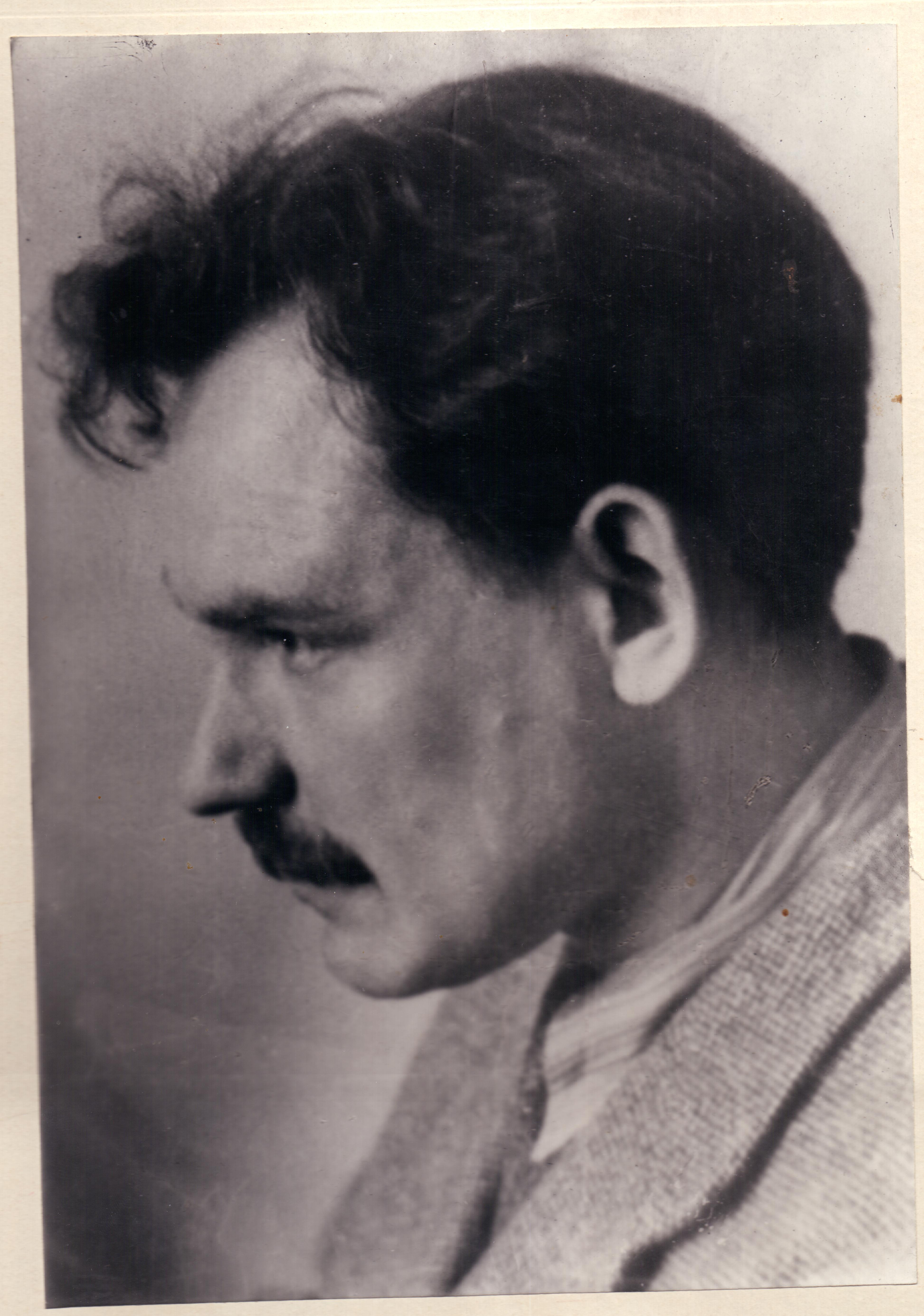 Ivan Svitlychny was born in 1929 in the village of Polovynkyne in the Lugansk region of Ukraine. He was a philologist, literary critic, poet, and translator. He was also politically active, as a member of the sixtiers movement (shestysdesiatnyky) and also leader of the national-democratic movement of the 1960s and 1970s in Ukraine. A political prisoner, Svitlychny was held in a number of prisons and prison camps over his lifetime in the years 1965-66 and 1972-1983.

During the Nazi occupation of Soviet Ukraine, Svitlychny and his teenaged friends tried to blow up enemy armaments, losing eight of his fingers. After completing his studies in 1947 in the city of Starobil’sk, he moved to Kharkiv to pursue a degree in philology from Kharkiv University, which he completed in 1952. He then went on to study at the graduate level at the Taras Shevchenko Institute of Literature in Kyiv. Though he completed his dissertation on aesthetics, Svitlychny did not submit as he considered it unworthy. He began working at the Institute of Literature in Kyiv (1955-1963) and as a literary critic for the journal “Dnipro.” During this time, he began actively publishing samizdat, while also working for the cultural integration of eastern and western Ukraine, and Ukraine and the rest of the world, partly through translation of world literature into Ukrainian. In 1962-1963, Svitlychny helped found the Club of Creative Youth in Ukraine, one of sixtiers flagship institutions. During a sweep of his apartment in August 1965, the Soviet authorities confiscated a number of outlawed texts—including old Galician publications from 1939, a bible, and samizdat poetry by his contemporaries. Svitlychny was arrested the following day for the possession of these works and for engaging in “anti-Soviet agitation and propaganda.”

He was released in April 1966 due to the lack of denunciations and evidence against him, but he was unable to find work in the period 1966-1971. He worked quietly on dictionaries and thesauruses, non-conformist literary criticism, and also publication and circulation of samizdat materials, including Vasyl Symonenko’s diaries and a volume of his unpublished, unsanctioned poetry. In 1972, Svitlychny was arrested for allegedly maintaining ties to Ukrainian nationalist organizations abroad, a charge many prominent activists in the sixtiers movement faced at this time. The KGB searched his apartment once again, finding recordings of Symonenko reading his poetry aloud, as well as poems by Vasyl Stus and Ihor Kalynets. They also found typed manuscripts by Ivan Dziuba, Yevhen Sverstiuk, and Danylo Shumuk. He was tried in court in closed proceedings, which his friends and family were unable to attend, and was charged in 1973 once again with “anti-Soviet agitation and propaganda.” Svitlychny was sentenced to seven years in hard labor camps (Perm-35 and Perm-36) as well as five years of exile upon his release. To issue this sentence the courts retracted Svitlychny’s status as an “invalid,” given that he was missing eight of his fingers.

In the camps, Svitlychny’s activism continued. He went on hunger strikes to protest the lawlessness by the camp authorities and their arbitrary treatment of prisoners. One strike lasted 56 days, after which Svitlychny was brought back to Kyiv and held in isolation by the KGB, in order to be “educated” (or breaking his spirit in order to make him more compliant.) The KGB was unsuccessful. When he returned to Perm-35, he began chronicling the events unfolding there and was able to pass on his account to the outside world. In 1977, he was relocated to Perm-36, where he worked on a compressor, but was unable to meet his daily quotas and was regularly punished by the camp authorities. He fell seriously ill and was sent back to the infirmary of Perm-35, where he contracted Botkin's Disease (or catarrhal jaundice) through a contaminated needle. With this severe illness, he was nevertheless sent on May 7, 1978 in the village of Ust-Kan in the Gorno-Altayskaya Autonomous Region in Siberia. The authorities refused to commute his punishment and his wife Leonida joined him in May 1979 in order to care for him. He was released in 1983 after serving his entire sentence, emerging from exile seriously ill, unable to work, speak or move. He died in 1992 and is buried not far from his friend Vasyl Stus at the Baikovo cemetery in Kyiv.