Poster with an invitation for a students' general strike at the University of Zagreb, 1971. Publication 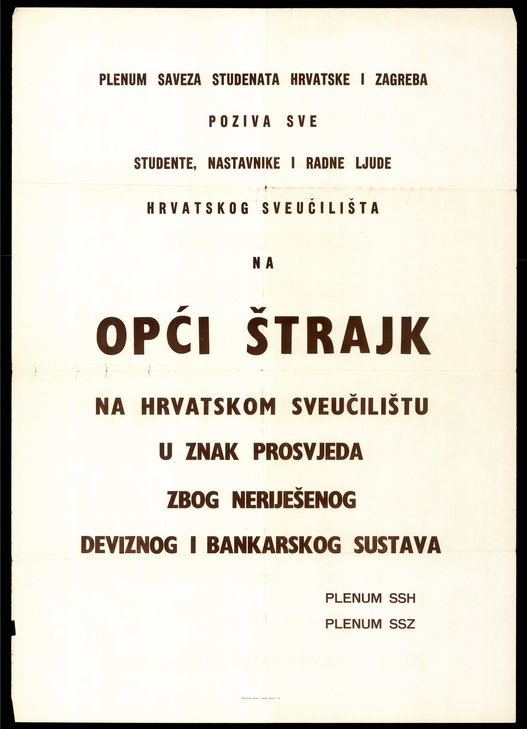 The Croatian Spring is the best example of cultural opposition in the period of the communist regime in Croatia. Students were an important part of this reform movement and were very decisive in their requested reforms. They started a strike at the University of Zagreb (a.k.a. the Croatian University) and invited the entire public sphere to join. Their messages were distributed on leaflets and posters, pinned at the University and in other public spaces. Many such examples are found in the collection, and the masterpiece is a big poster with an invitation to a “general strike at the Croatian University”. The poster was confiscated and handed in to the Public Prosecutor’s Office in Zagreb (December 1971). The poster remained unknown to the public.

Iljko Karaman took the document illegally from the Public Prosecutor's Office and stored it in his home collection, which ended up in the Croatian State Archives in 1992. The material is available for research and copying.