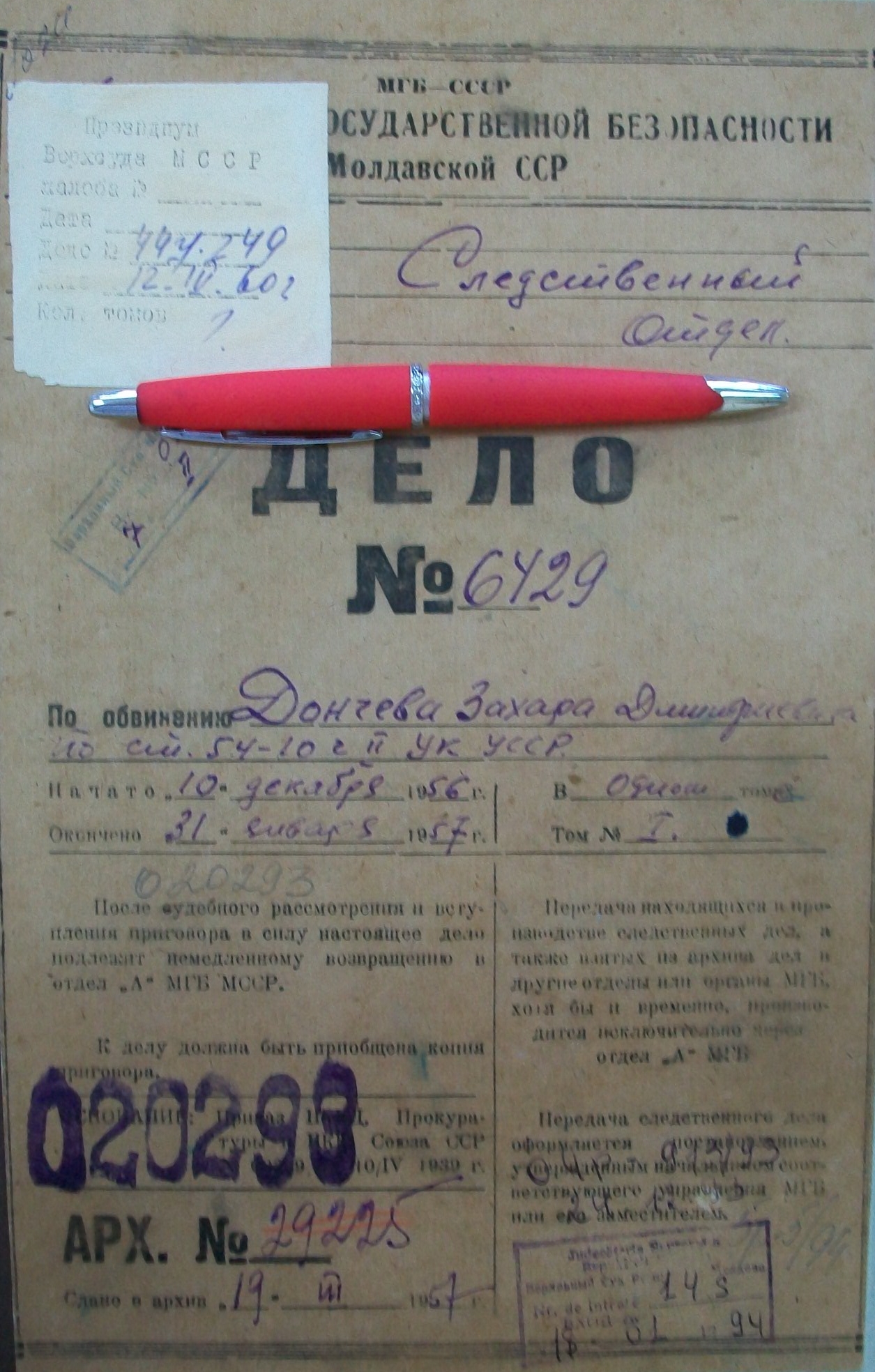 This ad-hoc collection mainly consists of documents separated from the fond of judicial files concerning persons subject to political repression during the communist regime, currently held in the Archive of the Intelligence and Security Service of the Republic of Moldova (formerly the KGB Archive). It focuses on the case of Zaharia Doncev, a Moldavian worker who expressed his opposition to the Soviet regime in May 1955 by writing and distributing four “anti-Soviet” leaflets at the Chișinău railway station and in the surrounding area. Doncev’s case represents the first recorded instance of a nationally oriented oppositional message in the Moldavian Soviet Socialist Republic (MSSR) in the post-Stalinist period. This case should be linked to the early context of Khrushchev’s Thaw and to the impact of the partial liberalisation of the regime on certain Soviet citizens.