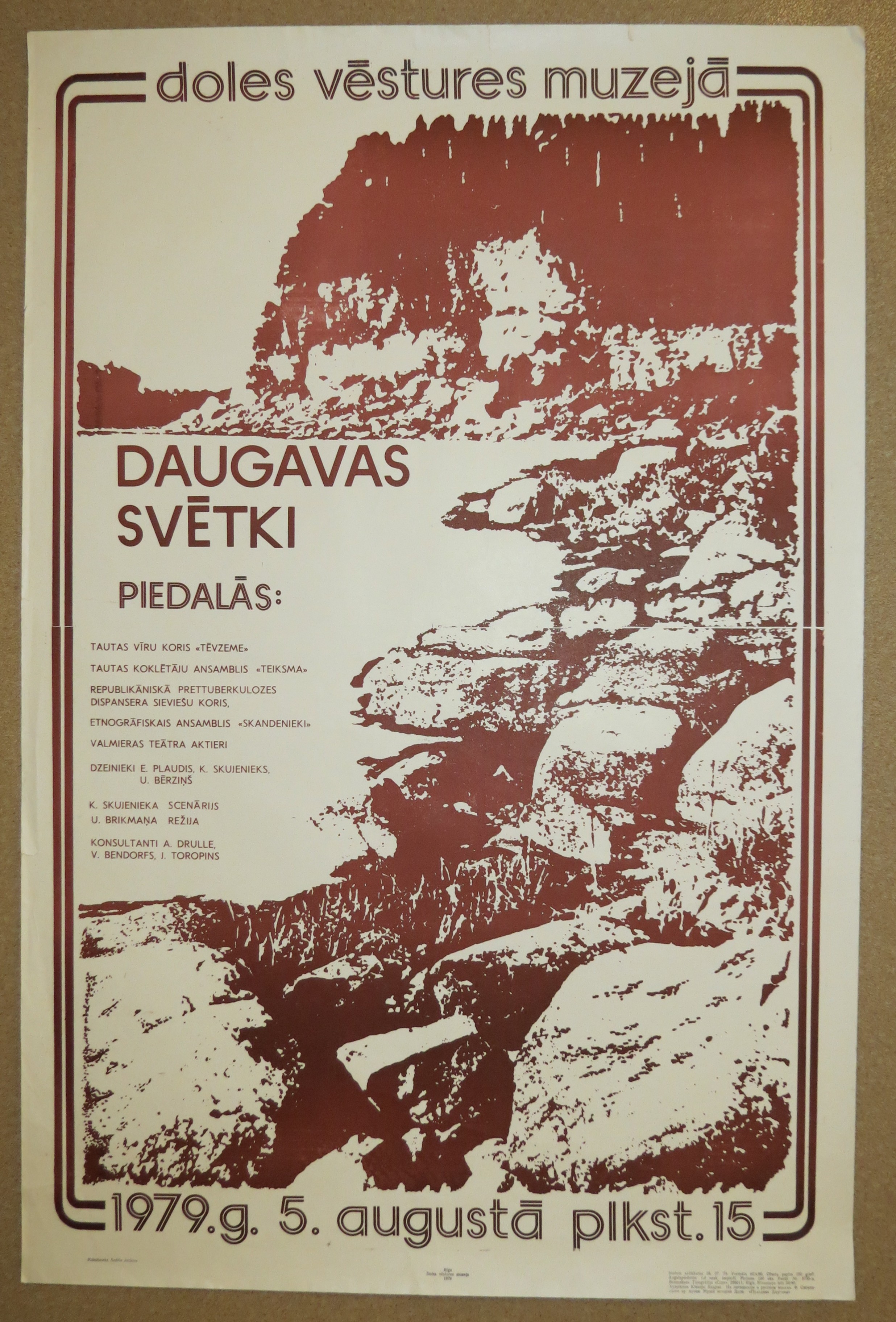 The Museum of the River Daugava (then the Dole History Museum) was established in order to preserve archaeological and historical items from areas that were to be flooded after the construction of the Riga HPP. The staff of the museum saw their mission as being custodians of the local identity, which was under pressure from the indifferent, at best, and often negligent and hostile environment created by the influx of thousands of construction workers from other Soviet republics, which caused substantial changes to the composition of residents of Salaspils and its environs. In 1979, the museum decided to organise the River Daugava Festival. The idea of the festival was to show how the biggest river in Latvia was portrayed in Latvian folklore. Folklore in any explicitly non-Soviet form was looked on with suspicion by the authorities of the Latvian SSR as a potential source of ‘bourgeois nationalism’, and the situation in Latvia differed in this respect from the situations in Estonia and Lithuania, where the ideologues were more lenient. The event was a great success, due to the involvement of many creative and competent personalities. Nevertheless, the director of the museum was afterwards reprimanded by the authorities. The exact reason for their discontent was never explained, there is only speculation in this regard. It could also be explained in part by the fact that the former political prisoner and poet Knuts Skujenieks wrote the script for the event and participated in the festival. Also, the participation of Skandinieki, an authentic folk group, as well as the repertoire of choirs, was considered to be inappropriate. Among the audience were young people from the Latvian diaspora. Although they participated with the approval of the authorities, the authorities probably believed that the festival was not Soviet enough. Despite the reprimand, the museum continued to be a centre for cultural activity, and with the start of perestroika, it became actively involved in the pro-independence movement. Items in the collection show how the festival was prepared and implemented, as well as its political aftermath.