Drábek, Jaroslav. A Contribution to the History of the Beginning of the Czechoslovak Resistance (in Czech), 1960. Manuscript 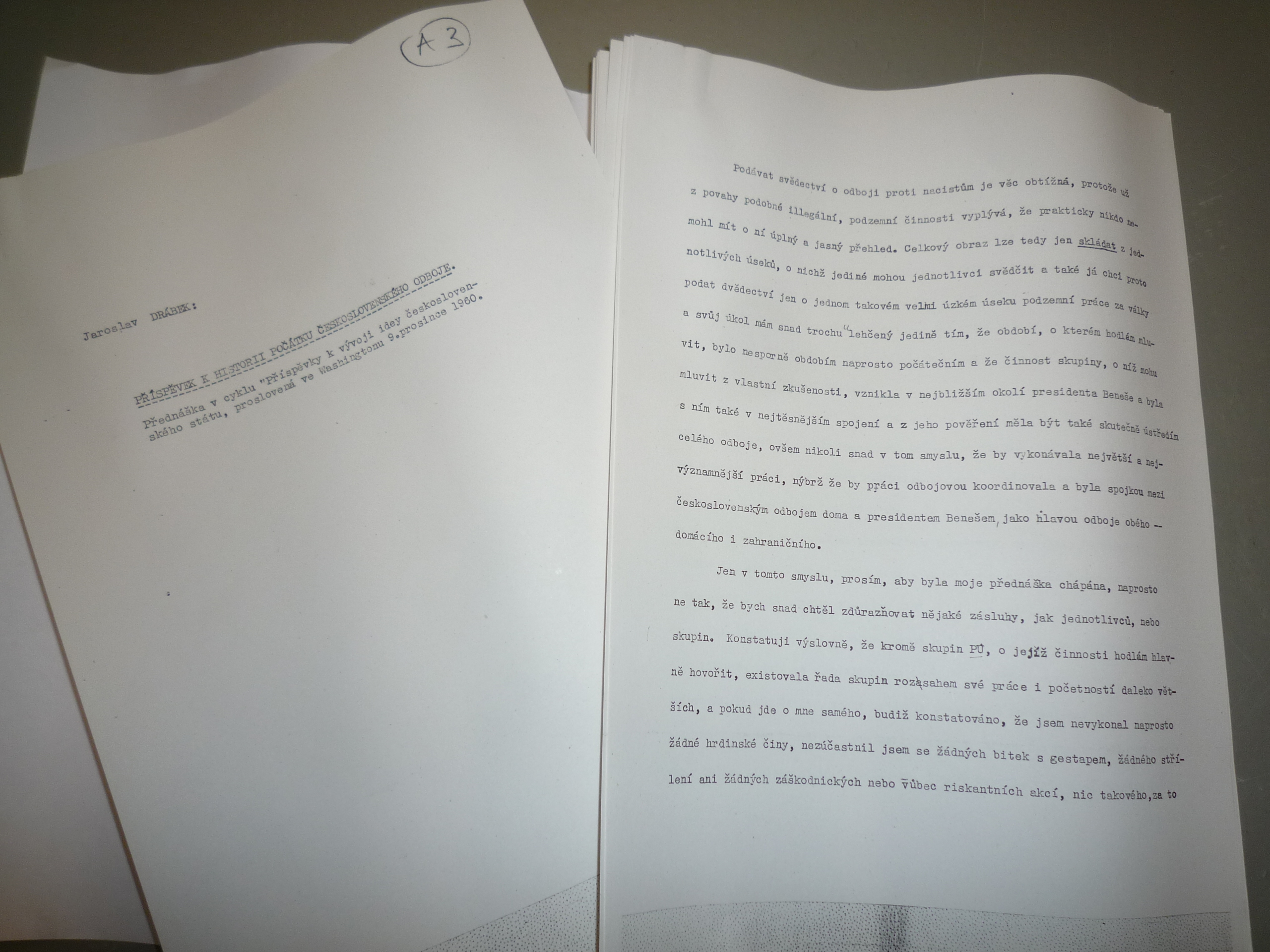 Jaroslav Drábek Jr (1901–1996), a Czech lawyer, journalist and member of the Czechoslovak resistance movement during the Second World War, was the author of a lecture entitled “A Contribution to the History of the Beginning of the Czechoslovak Resistance”, which was presented on 9 December 1960 as part of the series “Contributions to the Development of the Idea of the Czechoslovak State” organized by the Czechoslovak Society for Arts and Science. The 33-page article includes descriptions of Drábek’s memories of his resistance activities, his escapes, interrogations, the Gestapo, and his colleagues in exile in London. Drábek also described other experiences from the postwar period, such as the arrest and torture of his colleague after the Communist coup. After February 1948, Drábek emigrated from Czechoslovakia. The document also includes a letter from the Czech scientist and prominent member of the anti-Nazi resistance, Professor Vladimír Krajina, who also emigrated after 1948. In his letter, Krajina mentions the fact that it was Jaroslav Drábek Jr who persuaded him to be active in the resistance during the Second World War.