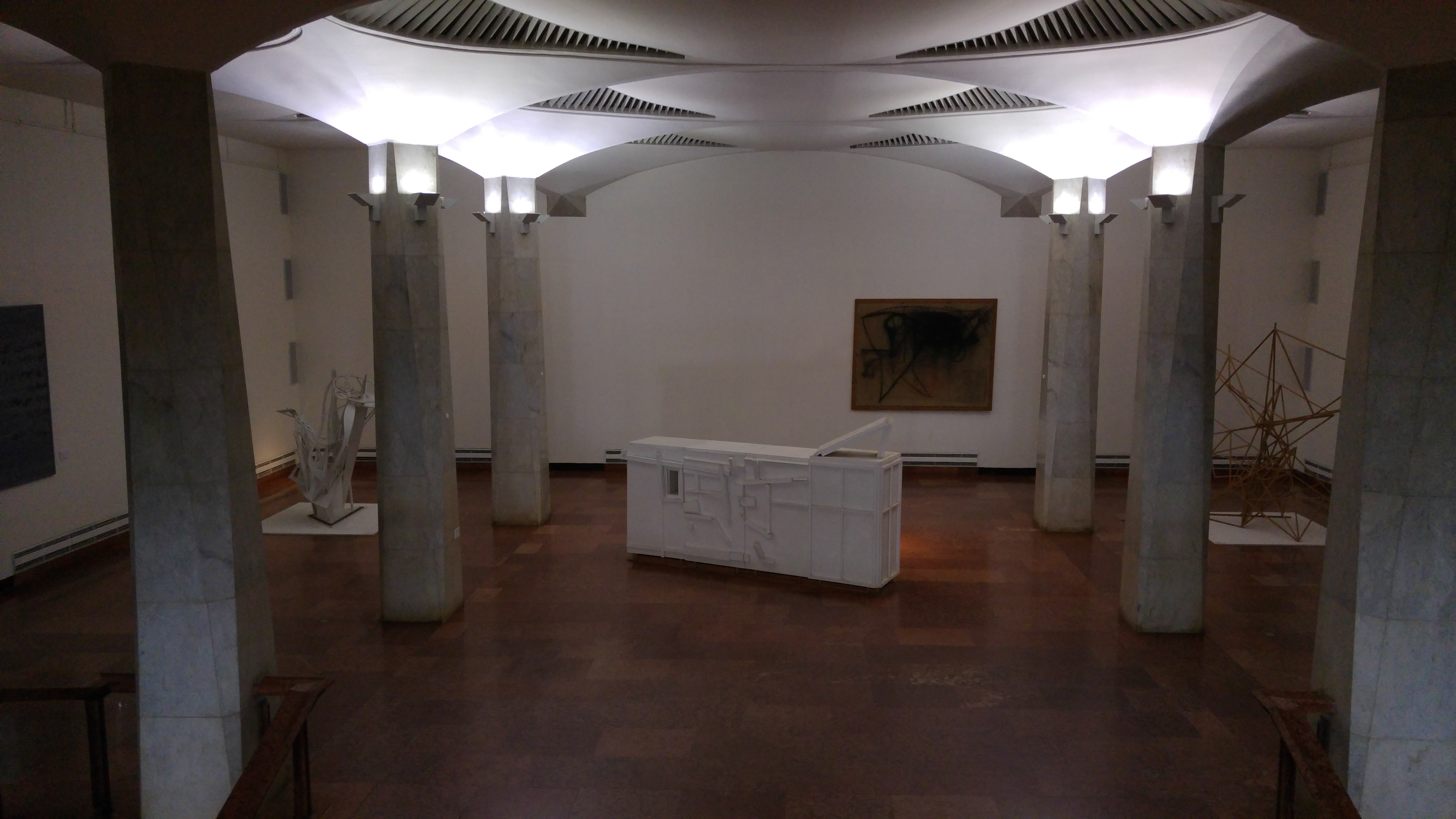 The Hungarian National Gallery (MNG) is the largest public collection documenting and presenting the changes and developments in the fine arts in Hungary. Its collections cover the entire history of art in Hungary, from the 11th century to the present. Its establishment fits a process specific to Hungarian museology, in the course of which from 1870 specialized museums were detached from the Hungarian National Museum, founded in 1802.

In is through this decentralization process that collections of fine art objects made it into the Museum of Fine Arts. The acquisition of works made the division the Hungarian and the international materials urgent. As a result, the New Hungarian Gallery of the Museum of Fine Arts displays its holdings starting from the Nagybánya group in a separate building, but within the framework of the same institution.

The collection of the Municipal Gallery was taken over by the state in 1953, which meant its merging with the Museum of Fine Arts. The optimal presentation of the expanding Hungarian materials became less feasible. The idea of an entirely separate art museum featuring Hungarian art came up in cultural politics after 1956, which led to the birth of the Hungarian National Gallery (MNG) in 1957. The basis of its collections were the Hungarian materials from the collections of the Museum of Fine Arts in Budapest. The MNG operated first in the Curia building at Kossuth Square in 1957.

The next turning point of the history of the museum was when it moved to the renovated B, C, and D buildings of the Buda Castle. The first exhibition opened there in 1975. That was also the time of the founding the predecessor of the Contemporary Collection, under the name Modern Hungarian Department. In 2005 the A building also joined MNG, where large scale temporary exhibitions take place. In 2012 the MNG reintegrated into the institutional framework of the Museum of Fine Arts. Its collections amount to 110,000 artworks today.