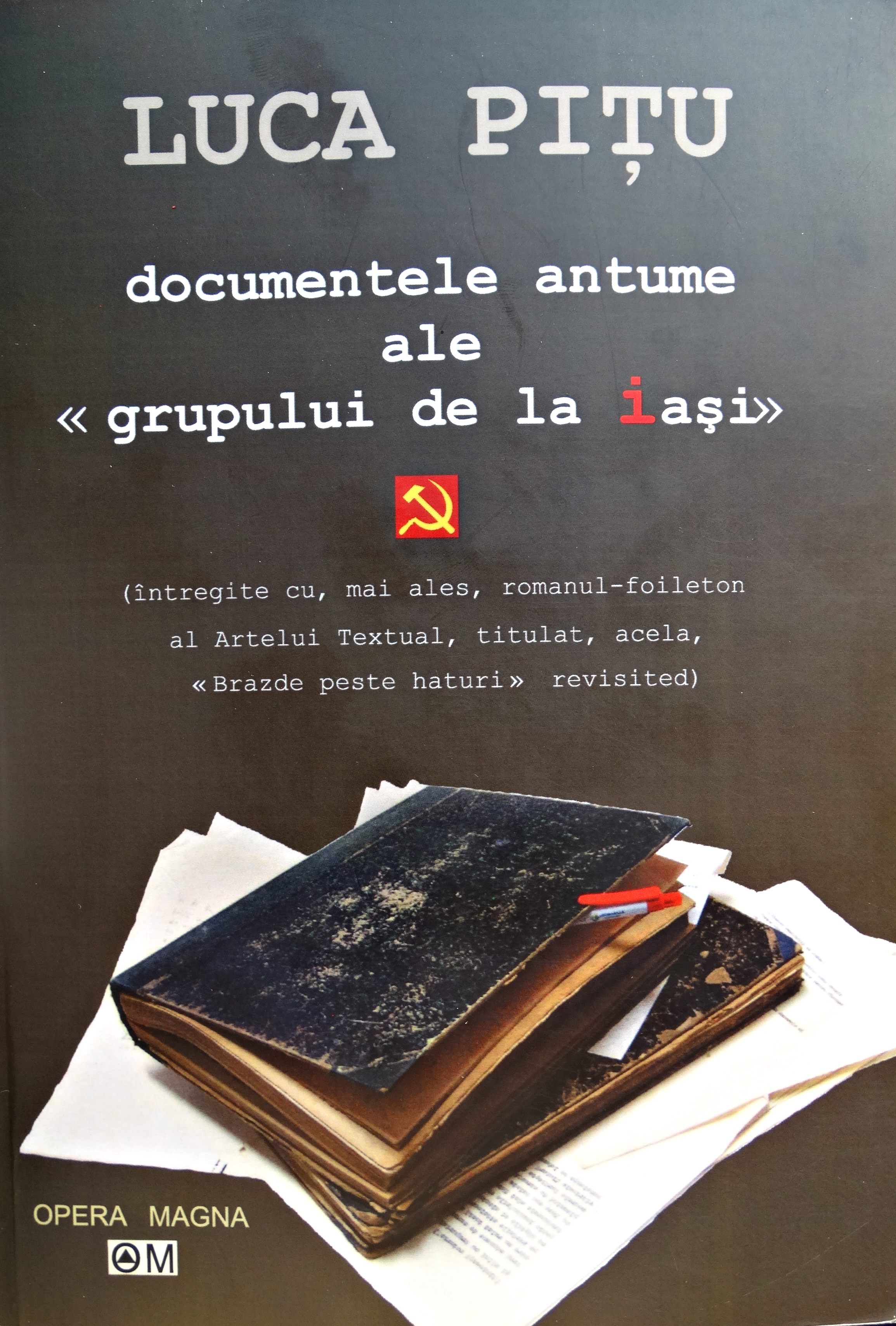 During the search of 18 May 1983, among the objects confiscated from the collection of Dan Petrescu and Thérèse Culianu-Petrescu were forty-five typed leaves of a manuscript representing an unusual literary project: the collective novel “Furrows Across the Baulks” revisited. The manuscript had four authors. In addition to Dan Petrescu, these were Luca Piţu, George Pruteanu, and Sorin Antohi. “Furrows Across the Baulks” revisited was a rewriting, in a satirical register, of a quite well-known proletkultist novel by the Hungarian writer István Horváth, translated into Romanian in 1953. The original title Furrows Across the Baulks had inspired the rereading of the collectivisation process in an ironic key by the four young intellectuals. The manuscript existed in a single copy, which passed from hand to hand with each of the four adding a chapter, so at the time of the search all material trace of the existence of this collective literary enterprise was lost. Regarding its confiscation, Dan Petrescu recalls: “At the same time they asked me about the novel [‘Furrows Across the Baulks’ revisited]. I said to them: ‘Why are you still looking for it? Because you’ve already got it.’ They had taken it from George Pruteanu. […] It didn’t exist in more than one manuscript. There were no copies. It passed from one to the next and each one added to it. They were also looking for letters in the search.” The Securitate had found out about the existence of this satirical novel at the end of 1982, when at the Young Writer colloquium in Buzău, Sorin Antohi read pages from the collective manuscript, imitating Ceaușescu’s voice when excerpts from Gheorghiu-Dej’s speeches were cited. According to the Securitate’s evaluation, in this novel “the policy of the Party regarding co-operativisation is ridiculed, […] with suggestive allusions to the higher leadership of the Party and of the state.” The public reading of the manuscript at this colloquium effectively meant its dissemination at national level, and what might just about have been tolerated at local level became dangerous when it came to have an influence on others.

By the time of its confiscation, the novel had an introduction by Dan Petrescu and nine chapters, each by one of the four authors, as follows: ”Şi caii se împuşcă, nu–i aşa?” (They shoot horses, don’t they) (Sorin Antohi); ”Un chirov, două chiroave” (One Chirov [tractor], two Chirov[s] [tractors]) (Dan Petrescu); ”Din neagra țigănie, mânca–ți–aş!” (From black gypsydom, damn it!) (George Pruteanu); ”Visul tovarăşului inginer agronom” (The dream of Comrade Engineer Agronomist) (Luca Pițu); ”Azi e zi de sărbătoare” (Today is a festival day) (Sorin Antohi); ”Iar steluța cea de sus, ce-o mai fi având de spus?”(Little star up in the sky, what more do you have to say?) (Dan Petrescu); ”Vicii la Sfat” (Vices at the Council) (George Pruteanu); ”Dictotaurul” (The dictataurus) (Luca Pițu); ”Ascensiunea lui Iordache Leahu poate fi oprită” (The rise of Iordache Leahu can be stopped) (Luca Pițu). The action takes place in the village of Chipeşeni, in the commune of Dimparis, a transparent allusion to the Paris Commune (in Romanian, “Comuna din Paris,” barely masked by the replacement of “n” by “m” before “p” as required by the rules of Romanian orthography). Twenty-three of the forty-five pages confiscated during the search have been discovered in the CNSAS Archives. They represent, as Sorin Antohi has put it, an “embryo of samizdat,” whose cultural references are carefully camouflaged through the use of sophisticated language. Understood only by a very limited public, this manner of encrypting messages was characteristic of the period, and was one of the most commonly used strategies to fool the censors, but it had the great disadvantage of making for “difficult reading even at the time.” Now the novel is “a text whose cultural references are effectively foreign to young people.” According to Dan Petrescu, however, a Securitate officer reckoned during the interrogations of 1983 that the publication of such novel at that time would have twisted young people’s minds. The fragments discovered in the CNSAS Archives were published in the volume Artelul Textual - «Brazde peste haturi» revisited: Pagini salvate dintr-un samizdat colectiv (The textual [c]artel – “Furrows across the baulks” revisited: Saved pages from a collective samizdat) (Iași: Editura Opera Magna, 2011).