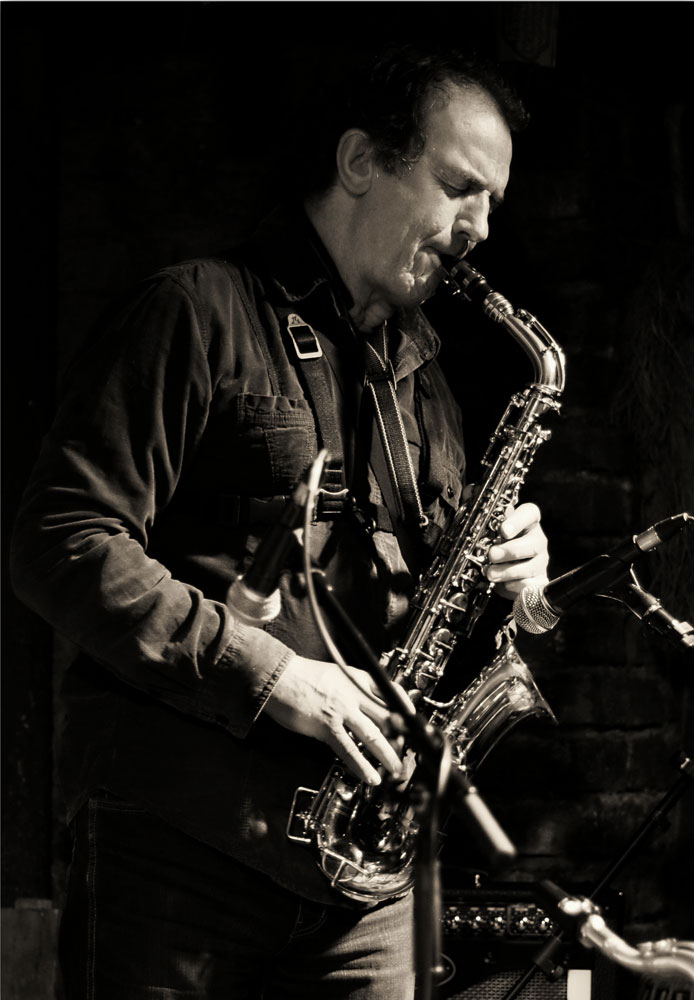 Mikoláš Chadima is a Czech musician, songwriter, publicist and prominent figure of Czech alternative music of the 1970s and 1980s. As a saxophonist he became known in the second half of the 1970s when he performed with the “Elektrobus”, and “The Rock & Jokes Extempore Band” at "Prague Jazz Days", an official festival show organised by the Jazz Section. He is particularly well-known as the front-man of the music groups “Extempore” and “MCH Band”. Both were key bands of the Czech alternative scene and also to the predecessors and inspirations for the “new wave” bands of the 1980s. Chadima was repeatedly prosecuted for alleged disturbance - in 1979, because he said vulgar words on stage. He also worked in the management of the Jazz Section - an organisation dedicated to alternative cultural activities until it was factually liquidated in 1986. Chadima, as a signatory to Charter 77, was not allowed to perform. Thus, the “MCH Band” performed illegally, often under different names. Chadima distributed recordings of the “MCH Band” and other alternative music groups as samizdat within his “Fist Records”record label. He could perform legally at the end of the 1980s, specifically at the Prague “Concert for Armenia” in 1989. Chadima also published theoretical and memorial works by samizdat. Currently he is a professional musician. His collection of music recordings is stored in the audiovisual section of the Libri Prohibiti library in Prague, an institution dedicated to the collection of samizdat cultural production.