Čengić, Aziz. National policies of the Communist Party of Yugoslavia in the light of the Croatian people's struggle for independence, 1950. Article 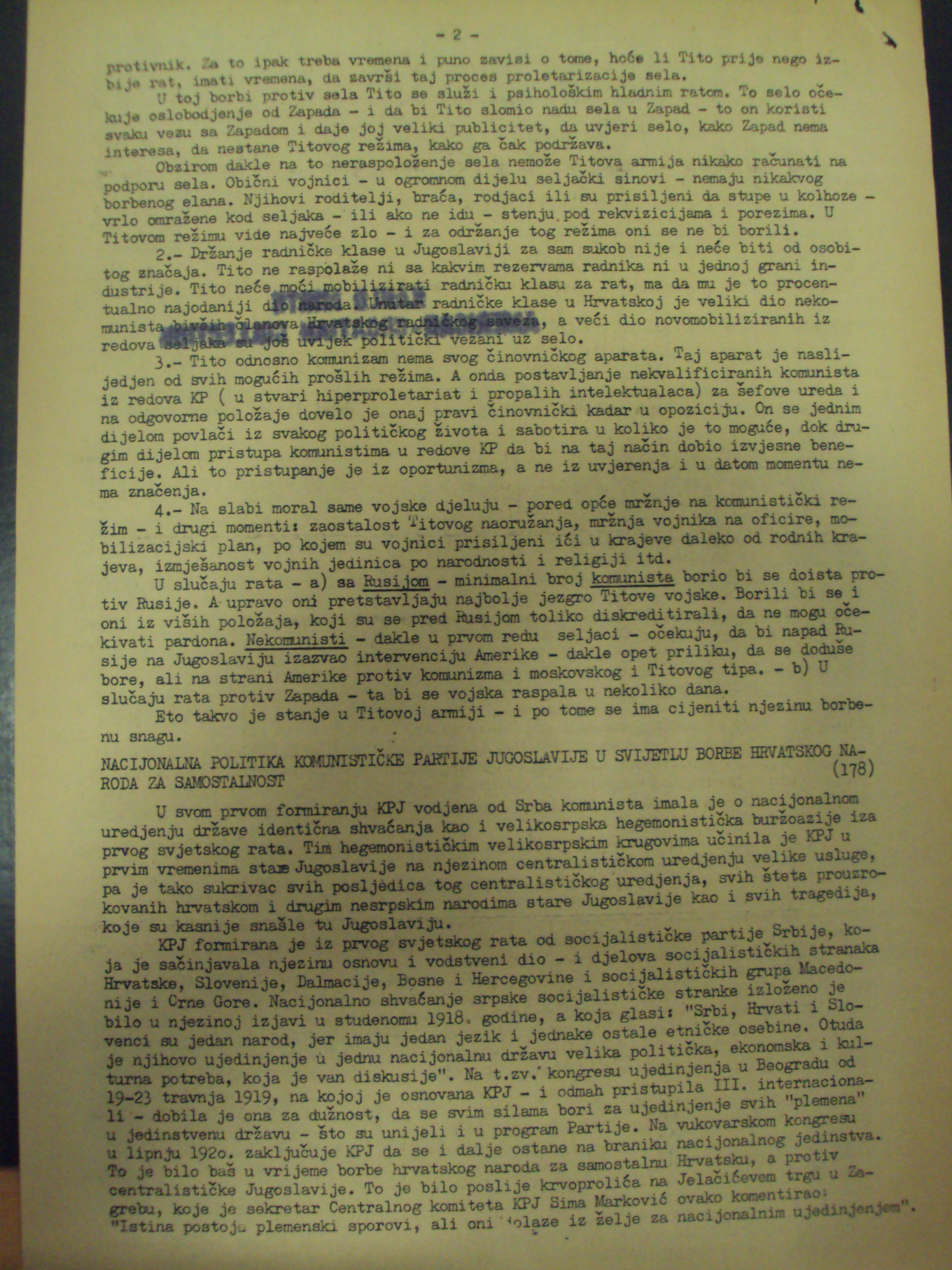 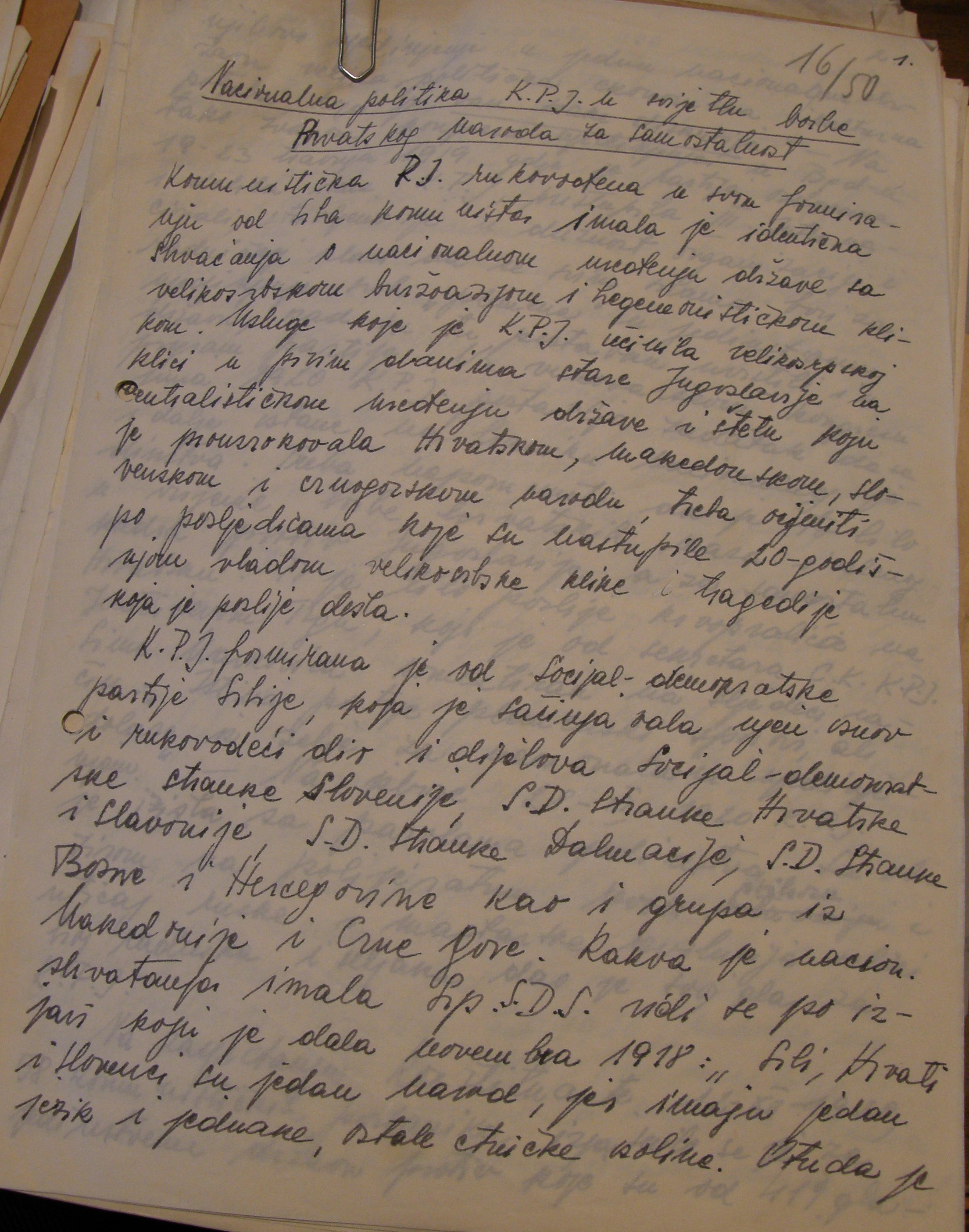 In the issue from 15 December 1950, the Croatian expatriate magazine Hrvatski dom published the article “Nacionalna politika Komunističke partije Jugoslavije u svijetlu borbe hrvatskog naroda za samostalnost” [National policies of the Communist Party of Yugoslavia in the light of the Croatian people's struggle for independence] by émigré Adil Zulfikarpašić, written under the pseudonym Aziz Čengić. Zulfikarpašić was a friend of Augustin Juretić and his associate until Juretić's death in 1954. It was Zulfikarpašić, together with Msgr. Pavao Jesih, who took over the magazine Hrvatski dom after Juretić’s death. The two of them edited the magazine until the last issue in October 1958.

In the article, Zulfikarpašić (Čengić) described the development of the national policies of the CPY since its establishment after World War I until after World War II, and concluded that "the theory of free nations of Yugoslavia, even with the constitutional right to secession from the union, is a façade – in reality it is rigid centralism carried out from Belgrade through the Central Committee of the CPY (Hrvatski dom, 15 December 1950, 2-3). Zulfikarpašić published a similar article, "Political report on the situation in Yugoslavia," in the newspaper Hrvaska riječ a month later (No 1-2, January-February, 1951). Similar analytical articles dealing with the issues of communist ideology and criticism of the communist government in Yugoslavia were published in Hrvatski dom continually in an attempt to influence the attitude of Western countries and their public opinion of Tito's Yugoslavia.

The manuscript of the article " National policies of the Communist Party of Yugoslavia in the light of the Croatian people's struggle for independence " is held in the Augustin Juretić Collection at the Pontifical Croatian College of St. Jerome in Rome. The collection also contains a printed version of the article published in Hrvatski dom.