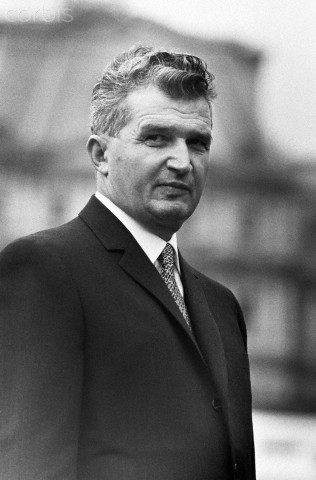 The Goma Movement was a genuine moment of strong mobilisation against the communist regime, but it is canonised in the Romanian national narrative as a one-man collective protest. The overlapping is inevitable, since few of the other proponents were public personalities, while Paul Goma was indeed the driving force behind the short-lived movement. For instance, Goma’s open letters, such as the one he sent personally to the Czech writer Pavel Kohout, a signatory of Charter 77, to express his solidarity or the one he addressed to the secretary general of the Romanian Communist Party, Nicolae Ceaușescu, to ask him to join the movement for human rights in Czechoslovakia, are usually considered the main documents of the Romanian Charter, although they were not collectively endorsed. However, their content is certainly spectacular due to Goma’s talent as a writer, and thus more interesting to quote. Particularly interesting is the open letter to Ceauşescu in which the author makes a comparison between the defiant attitude of the secretary general of the Party in 1968, when he seemed to support the Prague Spring, to the silence of 1977 around Charter 77. In this letter, Goma invites Ceaușescu to follow his initiative of publicly expressing solidarity with the Czechs and Slovaks who have signed Charter 77. Through a much-quoted phrase, Goma drew the attention of his addressee to the simple fact that “in Romania, [only] two people are not afraid of the Securitate, your excellency and myself.” Thus, Ceaușescu, just like himself, was practically free to write to the Charter signatories, Goma’s argument continued. If he does this, all Romanians will be able to overcome their inherent fear of the Securitate and follow his and Goma’s example. As far as Ceaușescu is concerned, Goma underlines, the letter will illustrate “consistency with the declarations of 1968” and the secretary general’s genuine desire to “fight for socialism, democracy and humanity.” At the same time, “Romania will be able to participate in the [Helsinki Follow-Up] Conference in Belgrade with dignity.”  The text of this letter is both amusing and mocking; it is illustrative of Goma’s literary talent and it is quoted by most analysts due to the unusual style for an official (though open) letter to Ceaușescu. The letter was preserved by Goma in copy and was confiscated by the secret police in 1977, in the moment of his arrest. It was returned to Paul Goma in 2005. Thus, the letter is now part of Paul Goma Private Collection in Paris, but copies can be found in the CNSAS Archives in Bucharest (ACNSAS, Informative Fonds, File I 2217/7) and the Vera and Donald Blinken Open Society Archives in Budapest (OSA/RFE Archives, Romanian Fond, 300/60/5/Box 6, File Dissidents: Paul Goma).